Why McJobs are good for teens

Sure the wages are low and the working conditions can be crummy, but there's evidence that toiling at McDonald's or other similar jobs as a teen can pay off later in life 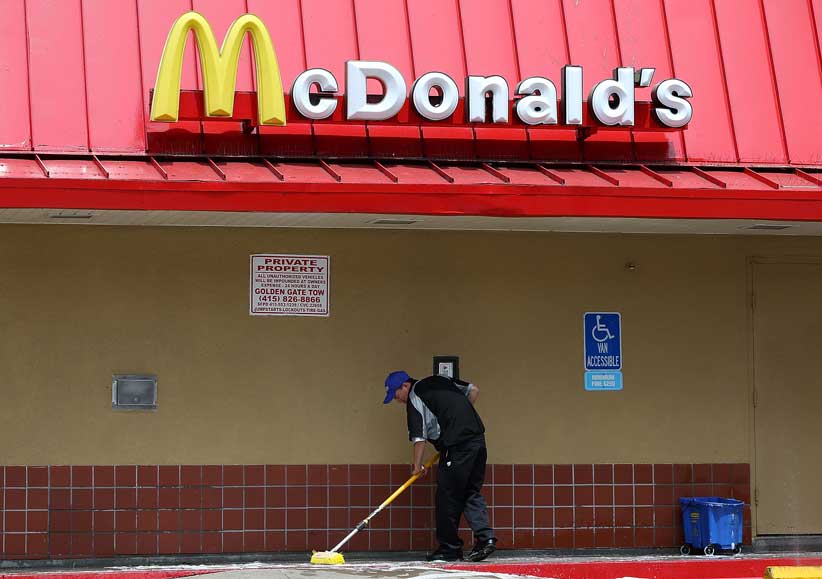 Before James Franco was an Oscar nominee, before he could even pay the rent by doing commercials, he was wearing a purple visor and a headset behind the counter at McDonald’s. Still a teenager at the time, Franco moved to Los Angeles for college, but dropped out to pursue acting. With little work experience—he was fired in high school from a coffee shop and golf course for reading on the job—no restaurants would take him on as a waiter. To get by, he went up to the golden arches to apply for a job and was hired that very day. “All I know is that when I needed McDonald’s, McDonald’s was there for me. When no one else was,” he wrote the other day in a Washington Post op-ed piece.

While it’s easy for youngsters to overlook “McJobs” for their low wages and lack of prestige, they are significantly beneficial for teenagers from a career standpoint, according to a 2014 study from the UBC’s Sauder School of Business. In fact, the more teenagers worked at their low-wage, part-time jobs, be it during the school year or over the summer, those students had significantly higher chances of being employed later in life, not to mention enjoying higher incomes.

Why is that? Because balancing a part-time job with school duties prepares teenagers for adult life when they have to juggle work with other responsibilities at home, explains Marc-David Seidel, an associate professor at Sauder and one of the study’s co-authors. “Even if they end up hating the job, it still is beneficial,” Seidel says. “It’s both the balance and the work skills they learn.” That can mean anything from understanding the importance of being on time to dealing with difficult customers or co-workers.

Such jobs can also serve as a kick in the pants. “You learn that that particular type of job wasn’t something you wanted going forward and it might have been motivating to find things that fit your long-term match,” Seidel adds.

Fast food employees obviously can’t expect to follow Franco’s path from serving at the drive thru to being a heartthrob on the big screen. Still, his love letter to McDonald’s came at an opportune time for the company. In the face of declining sales—the company suffered a 2.3 per cent drop in worldwide revenue in the first quarter—McDonald’s announced it would shut down about 700 underperforming stores this year. Not entirely unlike its teenaged burger flippers, the company is struggling to find its footing in a world where rivals are rapidly carving up the conventional fast food sector and consumer eating habits are changing.

The somewhat good news for those toiling behind the counter, at least at some stores in the U.S., is that the company’s setbacks have forced it to rethink what it pays people. With competing chains like Chipotle offering higher wages and a tighter labour market making it harder to find quality workers, McDonald’s announced in April it would boost the average wage at its company-owned locations in the States to an average of $10 an hour, starting July 1. However, it’s a small segment of the total McWorkforce that will be impacted—more than 90 per cent of the company’s U.S. locations are owned by franchisees and are not affected by the wage hike—and nationwide protests calling for higher wages at McDonald’s stores aren’t about to end.

The push for higher wages is important, and should continue. But if the backlash against McJobs means parents discourage their kids from working there, that would be a shame. Because as the research has shown, for teens at least, there might actually be more value to serving fries than just the pay.