Why your boss is part of a dying breed 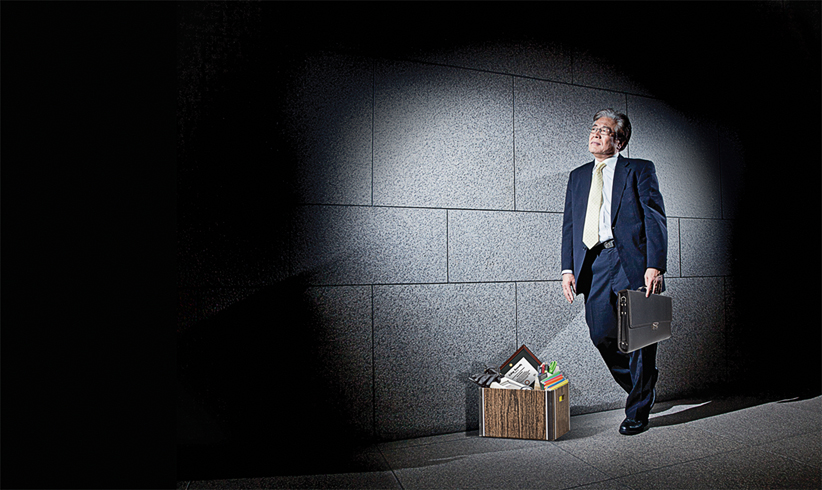 Bosses have long been one of pop culture’s most reliable punching bags. Whether it’s the annoying, procrastinating Michael Scott in the TV sitcom The Office, the passive-aggressive micromanager Bill Lumbergh from the comedy film classic Office Space, or even the foul-tempered Julius Caesar Dithers from the Blondie comic strip, managers are consistently portrayed as either horribly incompetent or needlessly sadistic. That fits with real-world surveys that show half of employees quit their jobs because of their bosses. So it’s not a surprise a lot of workers think they’d get more done, and have a better time at work, if only their boss would go away. Now they’re getting their wish.

Across all sectors of the economy, managers find themselves in the crosshairs. When Wal-Mart Canada was looking to cut costs last year, it targeted more than 200 head-office jobs. After Tim Hortons merged with Burger King, it’s estimated the coffee chain axed 40 per cent of its middle managers. When Rogers Communications (which own Maclean’s) recently restructured its business under CEO Guy Laurence, it let go of several hundred middle managers and up to 15 per cent of its executives. It was a similar story at Bell Canada, when CEO George Cope did away with 2,500 management jobs. And it’s not just the corporate sector where managers are vanishing, either. Belt-tightening governments at all levels have found it easier to carve out non-unionized management positions in their effort to reduce labour costs. “Middle managers have such a bad reputation, like Dilbert’s pointy-haired boss,” says Ethan Mollick, a management professor at the Wharton School of the University of Pennsylvania. “I think people view them as not doing anything productive except managing. If you’re going to cut fat, that seems like the fat to cut.”

In 1995, 10.4 per cent of all jobs were in management positions, according to an analysis of Statistics Canada data. Since then, that number has dropped to 7.8 per cent. Put another way, while the overall workforce grew by 36 per cent over that time, the number of bosses remained almost unchanged. The demise of managers has been even more pronounced since the recession: Roughly one in 10 management positions that existed in 2008, close to 200,000 jobs, are gone.

Granted, this doesn’t carry the same political or sentimental punch as, say, the decline of manufacturing jobs. However, the drop in the number of management positions goes partway to explaining why Canada’s wage growth has been so subdued in recent years. According to StatsCan, hourly pay for middle managers is 60 per cent above the average for all other occupations, and more than double the average for senior managers, yet that group has suffered some of the biggest losses.

So why is the boss disappearing? Several factors are at play. For one, there’s a fundamental rethink under way about how companies should be organized, with greater emphasis on “flatter” management structures that, in some cases, even aim to abolish the concept of managers altogether. Just last month, the online shoe retail giant Zappos.com (a subsidiary of Amazon) got rid of all its management positions. “As of 4/30/15, in order to eliminate the legacy management hierarchy, there will effectively be no more people managers,” Zappos CEO Tony Hsieh wrote in a memo to his nearly 4,000 employees. In making the move, the company switched to what’s become known as a holacracy, an alternative corporate structure that does away with job titles, instead organizing a company into overlapping “circles” of employees, with each circle given a specific role. “The tasks of management—setting direction and objectives, planning, directing, controlling and evaluating—haven’t disappeared,” Hsieh continued. “They are simply no longer concentrated in dedicated management roles.”

The brainchild of a 35-year-old American programmer named Brian Robertson, the fast-growing holacracy movement—as much a vast sociology experiment as anything—is catching on north of the border, too. At Toronto-based Precision Nutrition, a nutrition and fitness company founded in 2006, the holacracy structure was adopted for its 60 employees four years ago. “It no longer really matters where you are in the hierarchy,” says Phil Caravaggio, who carried the title of CEO before the switch. “All that matters is what authority you have.” For instance, when the company hit a snag with one of its marketing campaigns and Caravaggio went to those in charge to tell them what to fix—without that being one of his roles—“everyone was looking at me at me, like, ‘Who are you to tell me what to do?’ ” he says. “It’s a little bit of an ego hit. I’m one of the co-founders of this company.” Upon reflection, however, he says his colleagues were absolutely right. Marketing isn’t his expertise, hence, not his jurisdiction.

Holacracy is only the most extreme example of a wider effort to reduce the number of layers between top executives and their workforces. And that, say experts, is largely driven by the belief that to keep coveted Gen Y and Gen Z workers engaged, employers need to offer them more autonomy and flexibility. “[Millennials] prefer incentive systems that are directly linked to output, not necessarily process,” says Rick Hackett, the Canada Research Chair in organizational behaviour and human performance at McMaster University’s DeGroote School of Business. What young workers don’t want, he says, is a manager breathing over their shoulders. Instead, they have the mindset of, “If I’m able to get the job done, leave it to me to figure out how to get the job done.’”

Even more traditionally structured companies have found ways to get by with fewer layers, thanks to rapid changes in technology that replace middle managers as decision-making conduits. Emails and texts allow a single boss to keep tabs on more employees than his or her predecessor even a decade ago. And mundane tasks such as coordinating vacations are increasingly being automated. At the same time, companies are sharing more raw data directly with employees and giving them the tools to act on that information. Likewise, more companies now use analytical tools to determine which employees are meeting their sales targets, and which ones aren’t—effectively automating the process of deciding whom to keep. When Karl Moore, a professor at McGill’s faculty of management, was doing his M.B.A., he recalls being taught that a typical manager should oversee between six and eight employees. “Today, when you look at a lot of high-tech companies, you’re looking at 15 to 20,” he says. “The net result is you need fewer middle managers.”

Ultimately, though, the biggest reasons managers are disappearing from the economy at such a fast rate is old-fashioned fat-trimming. Not only do managers earn more than other employees, making them an attractive cost-saving target, but, in the eyes of senior executives, shareholders and analysts, middle managers are increasingly seen as expendable. When publicly traded companies aim to impress with operating performance measures such as “revenue per employee,” it’s not hard to imagine who will be the first to be shown the door. “[Organizations] chip away at the middle with the idea they’re going to refocus, re-energize, restructure and rebalance,” says University of Guelph business professor Nita Chhinzer.

But before employees jump for joy at the prospect of their boss going the way of the dodo, they should consider what the trend might really mean for the company they work for and their day-to-day jobs. A front-line employee might think, “On the one hand, I have greater freedom. I can work at home. I can work on the road,” says Moore. “The negative is that I’m getting less time from my manager, less attention, less mentoring, less feedback.”

In 2011, Mollick studied the computer-gaming industry and found that middle managers can have an outsized impact on corporate success. Mid-level project managers accounted for 22 per cent of a company’s variation in revenue, after taking into account variables such as the size of the team behind the game, the year the game was released and its genre. The designers of the games themselves accounted for only seven per cent of the revenue variation. There’s danger in “demonizing middle management as inherently inefficient or not adding to the company,” Mollick says. “Bad middle managers really are bad, but good middle mangers are miraculously good.”

The truth is that few middle-management jobs are entirely superfluous and, so, when those jobs are eliminated, some of that work will inevitably spill over onto other peoples’ desks, be they other managers or employees further down the chain. Be careful what you wish for.