Will Microsoft be LinkedIn's saviour? Don't bet on it.

Microsoft doesn't have a very good track record when it comes to big acquisitions, and its purchase of LinkedIn will be its largest deal yet 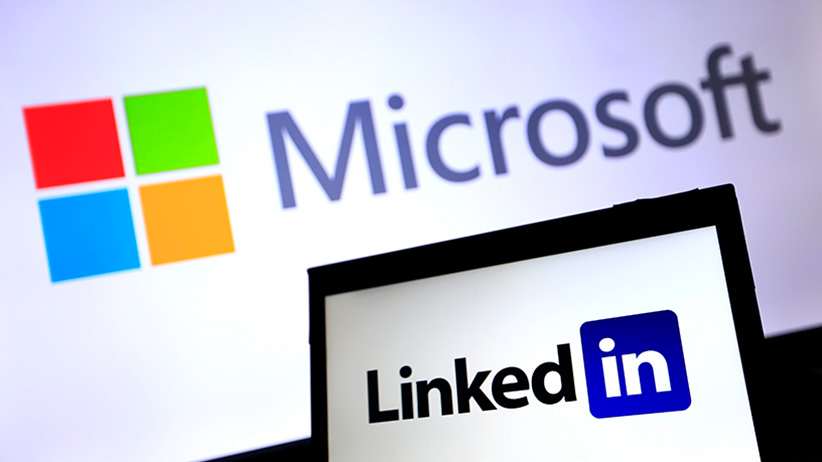 The logo of Microsoft windows and Professional social networking service LinkedIn is pictured in Taipei, Taiwan, 13 June 2016. According to reports, Microsoft is going to buy LinkedIn for 26.2 billion US dollars in cash. (Ritchie B. Tongo/EPA/CP)

Microsoft Corp. is paying $26.2 billion to acquire LinkedIn as the career-oriented social networking site struggles to overcome weak user engagement, slowing sales and a stagnant share price. But given Microsoft’s track record when it comes to scooping up wayward tech companies, don’t expect a turnaround story for LinkedIn anytime soon—if ever.

The deal, Microsoft’s biggest, is being billed as a way for the lumbering software giant to add to its portfolio of business-oriented software and services like Office365, while also providing it with a foothold in the fast-growing social networking sphere. Since being named CEO in 2014, Satya Nadella has been on a mission to remake Microsoft into a  “productivity and platforms” company as the computing world gradually moves away from PCs, which Microsoft long dominated, in favour of mobile devices.

So what, exactly, would LinkedIn, with some 105 million active monthly users, add to Microsoft’s menu? Some say LinkedIn will help broaden and deepen the appeal of Microsoft’s products among business customers. Others believe Redmond, WA-based firm is hoping LinkedIn’s reams of data about people and their employers can be tapped by its Cortana digital assistant to prep Windows 10 users for sales and other meetings. “It sounds smarmy, but a good salesperson will tell you that an emotional connection helps seal the deal,” wrote Mark Hachman, a senior editor at PCWorld.

For LinkedIn, meanwhile, the tie-up mostly offers it a reprieve from competition and angry investors.  Earlier this year, LinkedIn’s stock plummeted 43 per cent in a single day after executives released a sales forecast that came in well below expectations. Though LinkedIn was once touted as superior to Facebook when it came to having a lucrative business model—it makes money by selling “premium” subscriptions to users as well as access to recruiters and marketers—the company has struggled to keep users engaged in recent years, sparking fears on Wall Street about overall growth potential. Now, LinkedIn can leverage Microsoft’s vast enterprise portfolio to build its user base. “Imagine a world where we’re no longer looking up at Tech Titans such as Apple, Google, Microsoft, Amazon, and Facebook, and wondering what it would be like to operate at their extraordinary scale—because [now] we’re one of them,” wrote LinkedIn CEO Jeff Weiner in a memo to employees about this week’s deal.

Yet, despite the potential advantages for both sides, there’s no guarantees the merger will work. Indeed, Microsoft has a long history of making poor acquisitions or, at least, failing to properly capitalize on them. Back in 2013, Microsoft purchased Finnish device maker Nokia for US$7.9 billion in a deal that was supposed to make both firms more relevant in a mobile market increasingly dominated by Apple and Google. Instead, the merger, which critics likened to two drunks leaning on each other, ultimately resulted in a US$7.2 billion write down for Microsoft last year. Microsoft’s 2007 purchase of online ad firm aQuantive for US$6.3 billion followed a similar script, with the software giant writing down nearly the entire cost  of the deal five years later. And while Microsoft’s decision to scoop up Skype for US$8.5 billion in 2011 has hardly been a disaster, it’s not as if the communications platform—which, incidentally, was previously owned by a group of investors that included the Canada Pension Plan Investment Board—has transformed Microsoft’s business in a meaningful way.

Of course, it’s entirely possible Nadella will prove to be more adept at buying and integrating companies than his predecessors. But it’s also true the stakes are much higher. Previous deals barely registered at Microsoft, which generated nearly US$100 billion in sales last year, and more than US$12 billion in earnings. The same can’t easily be said of LinkedIn’s US$26.2 billion price tag, which accounts for nearly a quarter of Microsoft’s free cash flow.

One thing is clear: suffering LinkedIn shareholders are thrilled, pushing the company’s stock price up 45 per cent Monday to Us$192.21, the highest it’s traded in months. And why wouldn’t they be? There’s a good chance they’ll turn out to be the deal’s only winners.