Will the Furia help the Toyota Corolla become cool?

Cars like the Corolla are the reason Toyota has a reputation for building reliable, but boring vehicles—even if the Corolla is the best-selling car of all time.

But now that rival car-makers have closed the gap in terms of perceived quality (thanks in part to Toyota’s massive recall crisis a few years ago), CEO Akio Toyoda has promised that future models will also look good and be exciting to drive.

Enter the Toyota Corolla Furia concept, unveiled at the Detroit auto show Monday. Sleek, sporty and vaguely Civic-like, the Furia can no longer be described as an “appliance” or mere grocery getter. Of course, it remains to be seen whether the production version will be nearly as sexy. But it’s still a big step in the right direction for a notoriously conservative company. 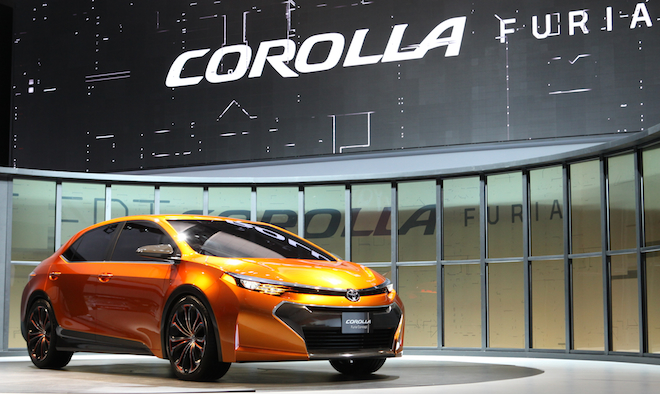