The optics are terrible, and jilted workers are justifiably choked. But letting executives flee in a time of crisis can make matters worse. 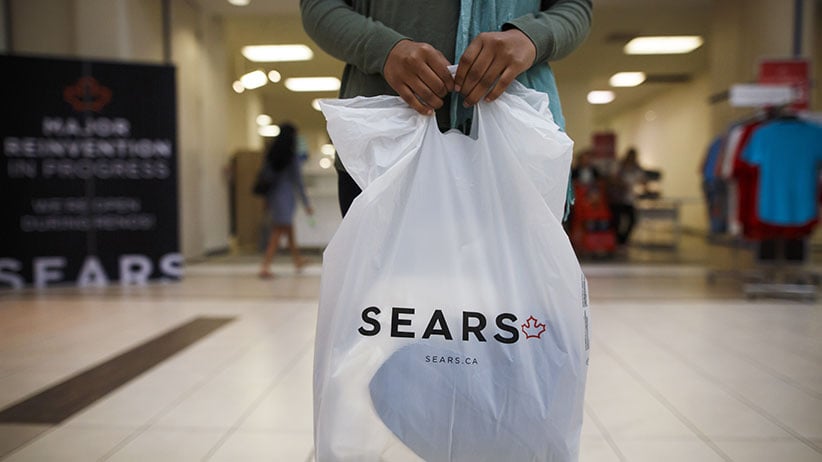 As Sears Canada undergoes a painful restructuring process, a vexing issue is again rearing its head: retention bonuses. The beleaguered retailer will pay out up to $7.6 million to 43 executives and senior managers—even as it axes thousands of lower-level employees without offering severance. The decision, approved by the Ontario Superior Court, is generating significant outrage. Front-line employees feel cheated and neglected, while consumers are vowing never to shop at the chain again, (assuming there’s anything left of it to shun). “Complete madness,” tweeted federal NDP leadership candidate Guy Caron. “Time to change the law to protect workers first.”

The issue of retention bonuses is far from straightforward, though, say corporate governance and executive compensation experts. “The restructuring of a corporation is very complex, and this issue is not as black and white as it may seem,” according to Anita Anand, a law professor at the University of Toronto. In general, these bonuses are offered because the restructuring process could be derailed if key managers and executives bail. That would make a bad situation worse, further imperiling the ability of the company to pay back creditors, compensate employees, sell assets and undertake an orderly unwinding. “You don’t want people heading out the door when you need them most,” says Richard Leblanc, an associate professor of law, governance and ethics at York University in Toronto.

Anand adds that company directors are obliged to act in the best interests of the corporation as a whole. “The decisions regarding incentives to retain management have likely been made with that overarching duty in mind,” she says. So while the prospects for Sears Canada are fairly bleak no matter what, the hope is that offering more money for key players to stick around will prevent the most dire outcome.

The company is hardly unique in this regard. After Nortel Networks filed for creditor protection in 2009, courts in Canada and the U.S. approved a plan to allow eight senior executives to participate in a bonus pool. The executives were in line to earn $7.3 million if cost-cutting targets and other performance metrics were met. The company did eventually sell off its assets, raising $7.3-billion. A lengthy court battle between creditors and employees ensued. When an agreement was finally reached last year, a lawyer representing some former employees remarked that “pensioners did as well as they could’ve.”

The optics of retention bonuses during times of financial distress will always be terrible. “Though it’s not the intention, they tend to send a signal to everyone who’s been laid off that somehow they’re not worthy,” says Chris MacDonald, interim director, MBA programs at Ryerson University. “It adds insult to injury.” The optics in the case of Sears Canada are so bad there’s a strong case to be made the company should have reconsidered the bonuses: the company is not paying severance, and employee pensions are in jeopardy. The company also initially asked the court for permission to immediately halt pension and health benefit payments—though it later agreed to continue payments until the end of September (a photo of chief financial officer Billy Wong shielding his face at the courthouse doesn’t exactly help the company’s image, either).

Close watchers of the company’s finances have questions, too. The decline of Sears Canada has hardly been secret, but when the company filed its 2016 financial report earlier this year, management characterized the firm as a going concern, meaning the odds were it wouldn’t be liquidated in the next 12 months. The company’s auditors signed off on the report, too. Shortly afterward, Sears Canada filed for creditor protection. “What are the auditing and accounting rules in Canada that allow you to give this totally clean opinion on a company and you can’t even look beyond six weeks?” Toronto forensic accountant Al Rosen recently told the New York Times.

Retention bonuses, though controversial, are not a problem in and of themselves. The larger issue, according to Leblanc, is bankruptcy law in Canada that often leaves employees high and dry. “Employees should not be last in line,” Leblanc says. “Someone who has worked in a company for 20 years should rank ahead of an unsecured creditor that’s knowingly selling products to a company in financial distress.” Another problem is that Sears Canada was able to simply ignore its pension deficit. “The company should be obligated to set aside its pension commitments to employees as a matter of good governance,” Leblanc says. As of the end of 2016, Sears Canada’s outstanding retirement and benefit obligations totalled $308.6-million.

Given the rapid change in the retail industry, Sears Canada won’t be the last company in this situation and these problems are only going to come up again. “This is a systemic issue,” says Leblanc, “and we want these employees to be provided for.”