In NAFTA talks, Canada pushed to increase the flow of workers across the continent. The U.S. wants nothing to do with it. 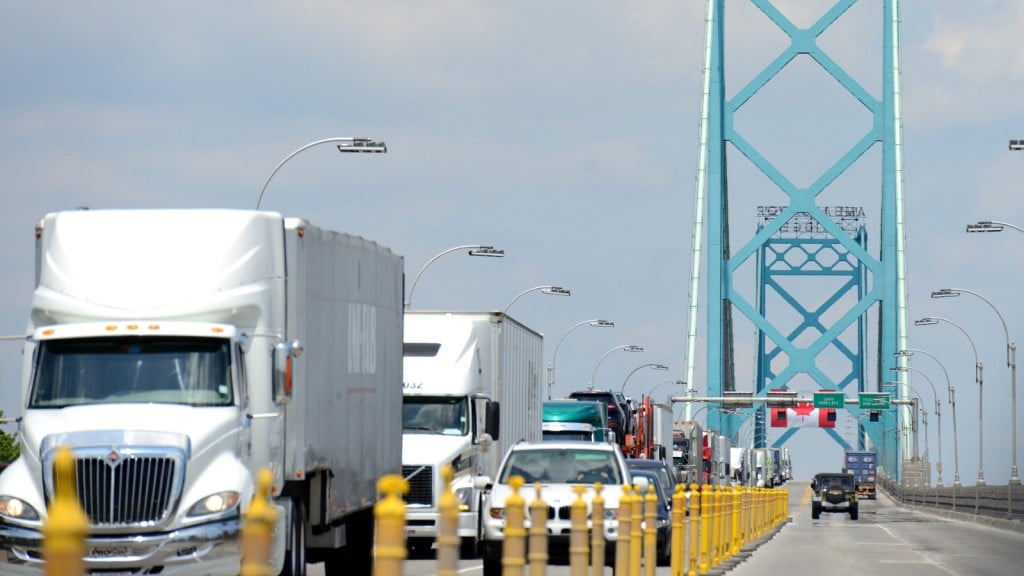 OTTAWA – Canada’s goal of increasing the flow of workers across the continent’s borders has slammed into U.S. intransigence during the first two rounds of North American Free Trade Agreement talks.

And no progress is expected in the third round of negotiations, which start this weekend in Ottawa.

The issue was expected to be a tough sell going into the talks because of the Trump administration’s anti-immigration policies, and based on a series of interviews, that has proven to be the case.

One source, who spoke on the condition of anonymity because of the confidential nature of the ongoing talks, says that U.S. negotiators wanted nothing to do with the topic when it was raised in the first two rounds.

Trade experts from Canada and the U.S. agree there is virtually no hope of adding new jobs to the existing NAFTA list of about 60 occupations in which people are allowed to move across borders with a minimum of red tape. That list was drawn up more than two decades ago, before the advent of the digital economy, e-commerce and all the jobs they entail.

That’s bad news for organizations such as the Canadian Federation of Independent Business, which stressed the need for greater labour mobility during an appearance Wednesday before the House of Commons committee studying NAFTA.

“We need to make sure this agreement works for smaller companies too,” Corinne Pohlmann, a senior vice president with federation, said in an interview.

Increased labour mobility was identified as a major priority in a survey of the federation’s more than 100,000 members, small- and medium-sized companies that span the spectrum of the Canadian economy, she said.

In the last year, there have been anecdotal reports from member companies about problems crossing the border, whether it is a technician trying to repair a piece of equipment sold to an American company, or a professional wanting to work on a project for a company’s American office.

“Sometimes it’s up to the whims of the customs guard as to why you are going to the United States.”

All her member companies want is clarity on the rules and they’d like to see that spelled out in NAFTA, said Pohlmann.

NAFTA was supposed to ease the flow of labour between Canada, the United States and Mexico. For instance, it eliminates the need for a company to do a labour market assessment to prove that a job being temporarily filled by a Canadian travelling to the U.S. isn’t one that could be filled by an American worker.

The agreement does not include many high-tech jobs which simply didn’t exist when it was created.

Anyone aspiring to expand that list is not being realistic, say experts.

“From the American perspective, there’s no hope on this. There’s just no way,” said Sarah Goldfeder, an Ottawa-based consultant who has served as a special adviser to two former U.S. ambassadors.

While Canadians want an update to the labour mobility chapter now in NAFTA, the Americans would like to ditch it altogether, she said.

In the current American political climate, Goldfeder said it is politically untenable to ask the U.S. to “conform to the notion of a foreign government’s fairness and labour requirements.”

Meredith Lilly, a former Canadian government trade adviser, said that while Canada has made incremental gains on labour mobility in its trade agreements since NAFTA, the trend has been the exact opposite with subsequent U.S. trade deals.

That includes the most recent attempt by the Canada, Mexico and the U.S. to forge a multilateral trade deal under the Trans-Pacific Partnership, which included nine other Pacific Rim countries. Trump torpedoed U.S. participation in the deal immediately after his inauguration.

“In the Trans-Pacific Partnership, the Americans were the only country of 12 to offer no labour mobility provisions at all,” said Lilly, the Simon Reisman chair in international affairs at Carleton University. “So this has been a non-starter long before Donald Trump.

RELATED: How NAFTA looks from a Canadian auto parts plant in Mexico

American negotiators are not putting labour mobility on the table “because they consider it inconsistent with President Trump’s ‘Hire American’ policy,” said Peter Clark, an Ottawa-based international trade strategist who was involved in the NAFTA and Canada-U.S. free trade negotiations.

But that doesn’t change the fact that since NAFTA’s adoption, the demand for increased labour mobility in all three countries has grown, including high-tech and the oil and gas sectors, said Clark.

“What happens as technology develops, you end up with occupations that weren’t even thought of 23 years ago, and you have to add them to the list,” he said.

“They (the Americans) are not going to give us anything we want.”