The average Canadian commute reached 26.2 minutes in 2016. And it's even longer for transit riders. 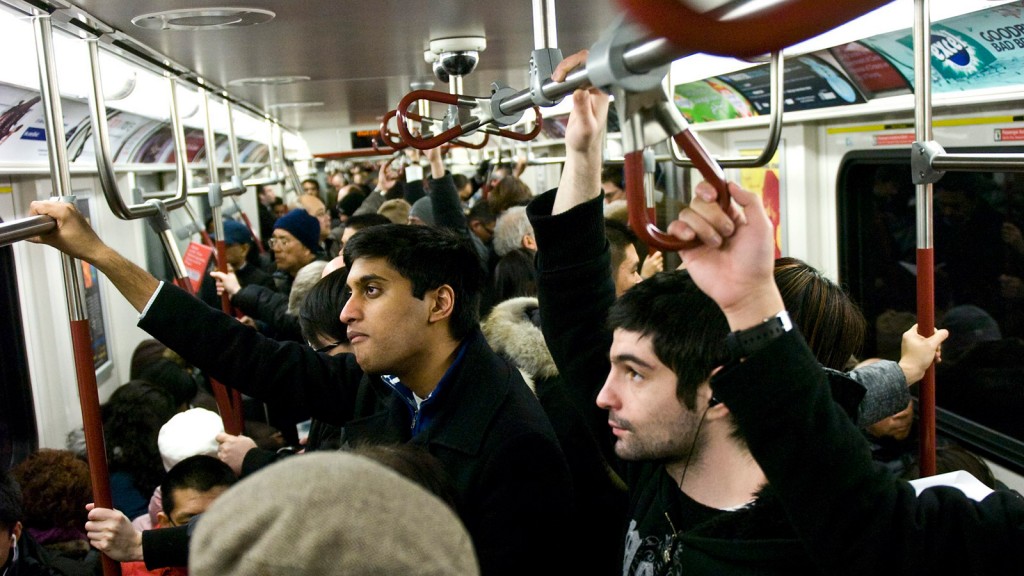 FREDERICTON – More members of the workforce are cramming the country’s buses, subways and highways each day, adding precious minutes to the daily commute, Statistics Canada reported Wednesday in its sixth and final batch of numbers from the 2016 census.

None of which matters a whit to telecommuters like Tyler MacKay.

“By removing the tedium of the commute, you get a greater sense of freedom,” the 43-year-old IT specialist said from his home in Hanwell, N.B.

MacKay, who works for InteliSys Aviation Systems, its closest office 90 minutes away in Saint John, has been punching in electronically for the last four years.

“I find I’m a lot more productive doing it. If I had to travel to the office there’s the preparation time and the actual commute to and from, so you lose time that way.”

And yet Wednesday’s census data suggests the prospect of telecommuting, once billed as the future of work, has barely budged in the last 20 years.

Indeed, Statistics Canada’s numbers show a decline in the proportion of people working from home – 7.4 per cent, down from 8.2 per cent in 1996 – but the agency attributes that drop almost entirely to a precipitous drop in farming _the original home-office job.

Without farming, Statistics Canada says six per cent of Canadians worked at home in 2016 – the same as 20 years earlier.

To be sure, a lot depends on the nature of the work, said MacKay, whose own work is untethered to a physical work space.

“Employees at airports anywhere around the world are able to connect into a central server and run their operations. The same extends to us. We can be literally anywhere and do our jobs.”

There’s also a significant difference between those working at home full-time and those opting to do so on an occasional basis.

The website GlobalWorkplaceAnalytics.com says Fortune 1000 companies around the globe are revamping their space around the fact that employees are already mobile and not at their desk 50-60 per cent of the time.

More than 1.7 million paid employees – those not self-employed – worked from home in 2008 at least once a week, up almost 23 per cent from the 1.4 million in 2000, according to the latest Statistics Canada report on the subject in 2010.

Marie-Michele Rousseau-Clair has been working from home for the last three years in her job with the Nature Conservancy of Canada. Her nearest office is Montreal, a 90-minute drive from her home in Trois-Rivieres, Que.

“It allows me to bring a bit more balance and time for my personal life and not feeling like I’m always at work, even though my work is in my house,” she said.

It’s not for everyone, though, Rousseau-Clair acknowledged – especially in the midst of untended household chores or the pull of the couch.

“You need to be up and in front of your computer at a certain time,” she said. “I am able to accomplish more tasks than I would in a regular office.”

RELATED: A quarter of Canadians living in poverty are children, census finds

at the Nature Conservancy of Canada, said

Nature Conservancy employees are encouraged to work from home, which saves both the charity and its staff money, said media relations director Andrew Holland.

“We are 270 employees across 10 provinces. We try to use technology when and where possible to make life a little bit easier for everybody.”

Of course, some workplaces are non-negotiable. An airliner cockpit, for instance.

“Barrie is so full of pilots that we call it Terminal 4,” one Toronto-based pilot wrote on Reddit about the suburban community about an hour’s drive – without traffic – north of the city.

“I’ve worked with several that drive in from London or Niagara Falls. One drives from Huntsville. That’s not counting the large number that commute on flights.”