Investors risk being misled by financial statements that are 'a bloody mess,' says forensic accountant 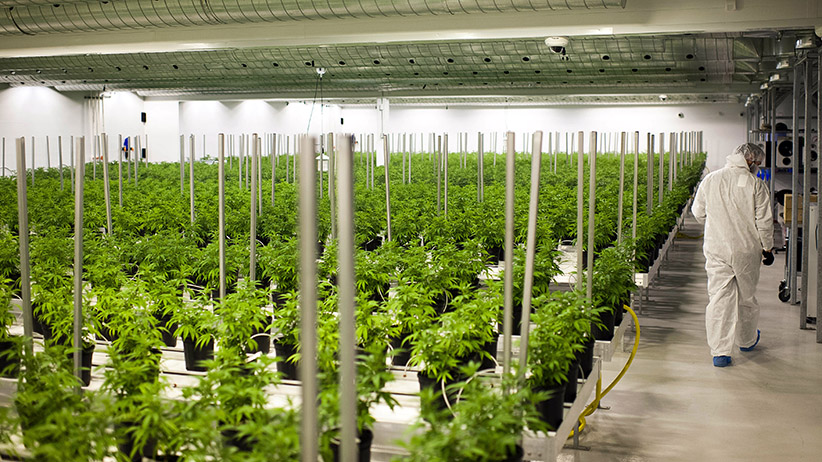 Depending on your point of view, the burgeoning marijuana industry in Canada is either an unprecedented opportunity to rake in huge profits as recreational use becomes legal, or a speculative bubble that will eventually pop. When forensic accountant Al Rosen looks at the sector, he sees something else: “It’s a bloody mess,” he says.

Rosen is referring to the financial statements of the country’s publicly traded licensed producers. Accountability Research Corp., which Rosen runs with his son, Mark, is warning those statements are misleading and allow companies to overstate profitability. “Canadian reporting of marijuana growers sets a new low for integrity,” the Rosens wrote in a recent report. It’s not that companies are intentionally duping investors—though there is ample opportunity for that, the Rosens argue. Instead, companies are trying to apply already-vague accounting rules to a new industry. Companies have to put a value on their marijuana plants for accounting purposes, even though pricing and future demand are not yet known. As a result, the Rosens charge, financial statements rely heavily on managers’ estimates, and are wildly inconsistent.

“If investors are using the numbers at all, there’s a serious chance they’re being misled, or they’re misinterpreting the numbers themselves,” Mark says. The issue is compounded by the fact that valuations are soaring, and companies are trading based on future projections that may never materialize. “It’s just adding to all of the speculation around marijuana, and feeding the frenzy,” says the elder Rosen.

RELATED: Investors are delusional when it comes to Canadian marijuana companies

To understand, gird yourself for a brief accounting lesson. The problem, according to the Rosens, starts with International Financial Reporting Standards (IFRS). Canada implemented IFRS accounting in 2011, following most other G20 countries (the United States remains an outlier). One of the goals of IFRS is to create a set of global standards to help facilitate international investing. The Rosens charge that IFRS is a step backward and gives companies too much leeway when it comes to reporting. A company, for example, can record revenue if management believes there is a 50.001 per cent probability of collecting the cash.

That brings us to gross margins—a measure of the difference between revenue and the cost of goods sold, such as labour and materials. It’s an important gauge of profitability. IFRS allows agricultural firms to use the estimated increase in the value of their biological assets, such as plants, to offset costs when calculating gross margins. It’s a little bit like counting chickens before they’ve hatched (perhaps literally). For mature agricultural industries, that can make sense. The market for tomatoes is well-established, prices are not in dispute, and a producer can enter into future sales contracts. That’s not the case with recreational marijuana sales, an industry that doesn’t even exist yet. Prices, costs, sales volumes and the quality of inventory are still very much up in the air.

Gross margins in the sector are distorted as a result, making firms look more profitable than they really are. Companies are boosting marijuana inventory in anticipation of legal recreational sales in July, and have much more weed than can possibly be sold at this point. That’s led to cases where some firms, such as Canopy Growth Corp., have reported gross margins in excess of 100 per cent. The situation makes it difficult for investors to truly gauge profitability—and it’s made worse by the fact that companies use different estimates to calculate the value of their plants, and they’re not always transparent about how they arrived at those values. “Even when you ask what number they’re using, they’ll give you a roundabout answer. It has been like pulling teeth sometimes,” says Jason Zandberg, an equity analyst who covers the sector at PI Financial in Vancouver. “They say, ‘Well, it changes every quarter.’ That’s just a bizarre way to carry out business.”

Some companies have taken to using their own metrics to more accurately represent margins. (In the parlance of accountants, these custom numbers are called non-GAAP adjustments.) Both Canopy and Aphria do so, but the figures aren’t comparable. Canopy excludes depreciation and amortization from its cost of sales, while Aphria includes the amortization of production equipment and greenhouse infrastructure. In the end, Canopy overstates gross margins relative to Aphria, according to the Rosens. Canopy has also changed the way it reported this figure last year, adding to the confusion. Since there is no consistent reporting across the sector, and even the non-GAAP adjustments are based on management estimates, investors are still poorly served, the Rosens argue. “It’s definitely not a more useful tool,” Mark says.

Canopy declined an interview. “This seems like a debate about the structure of the rules so it’s not our place to comment,” wrote spokesperson Jordan Sinclair in an email. Carl Merton, the chief financial officer at Aphria, agrees with many aspects of the Rosens’ criticisms, but contends the company is a leader when it comes to disclosure in the industry. “We chose to solve this issue by giving investors transparency and telling them our conclusions, so they can assess whether it’s reasonable in comparison to the rest of the industry,” he says. But until companies in the sector are consistent in how they report and the information they provide, accurate comparisons aren’t possible, he acknowledges. “Companies are making decisions within reasonable bands, but they’re not telling investors how, so investors can’t make financial statements comparable,” Merton says.

He does think that will eventually change. As the industry matures, investors will start paying closer attention to financial statements and put their dollars with companies that are the most transparent, forcing other firms to follow suit and raising standards across the sector. That day could be a couple of years away, Merton says. “In the interim, we need someone to step up in a true leadership position, almost like the Ontario Securities Commission, to provide guidance about the appropriate way to do this,” he says. “Absent that, no one is going to be accountable for a lack of transparency.”

RELATED: The lessons we can learn from the stock market in 2017

Likewise, Aurora Cannabis contends it’s a leader when it comes to disclosure. “We have to become a grown-up industry and have a single standard to which everybody can adhere,” says Cam Battley, chief corporate officer at Aurora. “In order to deal with this before any regulatory authority, we’re adding additional metrics.” The company breaks out grams sold by dry cannabis versus oils, which is not common across the sector, as well as the number of grams produced suitable for sale. Reporting based on an entire harvest could be misleading, as unscrupulous companies could attempt to cover up for plants lost due to powdery mildew or other pests.

For now, though, the reality is few investors are paying much attention to financial statements. “I don’t think investors are even paying attention to what the company does,” Zandberg says. Share prices move based on announcements of international partnerships and plans to expand production capacity, with little or no consideration of whether companies will be able to follow through. Canopy’s stock surged approximately 270 per cent in the past year and the company is worth $7.1 billion, more than Maple Leaf Foods or Air Canada.

But plans, however vague, are enough for some investors. A Canadian company called IC Potash changed its name last year to Belgravia Capital International, and intends to produce specialized fertilizers for cannabis firms and form partnerships with growers in Canada and the U.S. Belgravia also proposes to use “blockchain technology software” to track seed sales and quality. (Blockchain is another frothy investment area right now.) In the past six months, Belgravia’s share price skyrocketed more than 400 per cent. It has never earned any operating revenue.

With so many unknowns plaguing the sector, what’s an investor to do? “You really have to trust management, to be quite honest,” Zandberg says. Only when the smoke clears will it be apparent whether that trust is well-founded.