When the eight-week extension of CERB ends this fall workers forced to turn to EI, especially parents, will face hardships 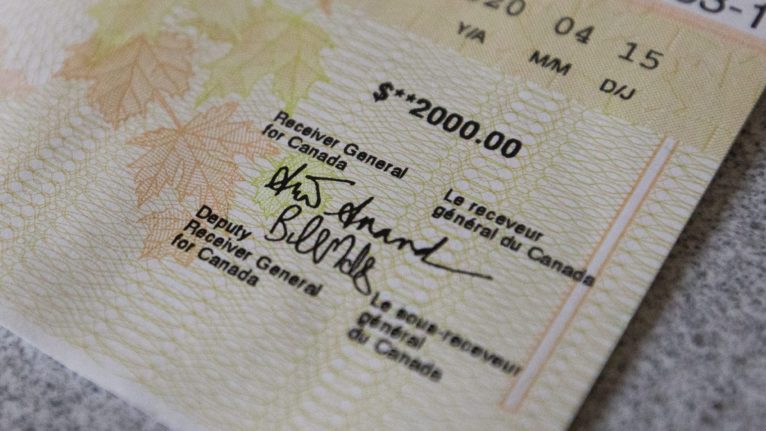 On June 16, out-of-work Canadians got some good news: they’re now allowed to collect the Canada Emergency Response Benefit (CERB) for an additional eight weeks on top of the original 16-week payment period. That means that if you’re not working because of COVID-19-related reasons, and if you were laid off, whether permanently or temporarily, after March 15, you’re now eligible to receive a total of $12,000 over 24 weeks.

But while that’s no doubt welcomed news for many, eight weeks goes by quickly, especially during the summer. If you started receiving payments when CERB opened in mid-March, and assuming you haven’t gone back to work, you’ll stop receiving cheques in mid-September. (At this point, the program still ends for everyone on October 3 regardless of whether you collected the full amount or not.)

CERB has been successful because it’s been so easy to access. You apply for payments every four weeks and then the money gets deposited into your bank account with pretty much no questions asked. While the money-for-almost-anyone approach now has the government worried about fraud, for the most part, if you’ve been off work since March you’ve gotten paid.

Many people are worried, however, about what might happen if you’re still out of work when your CERB payments end. We know that if you lost your job or were unable to work due to COVID-19 (that includes having to stay home with your kids or not working because you had take care of a sick family member) after March 15 then you would have been put on CERB, not employment insurance (EI). After either the extended qualified period is up or the CERB program ends in October,  if you’re still out of work you will apply for EI and receive your full employment benefits. Depending on the unemployment rate in your area and the amount of insurable earnings you’ve accumulated, you could receive up to an additional 45 weeks of financial support.

Sounds great, right? Well, there are two problems with this scenario. One is that in order to receive EI benefits, you need to be looking for work. The other is that, for many Canadians, their EI payments will be less than the $500 a week they received through CERB. (Though high income earners could receive a bit more as the max EI amount is $573 a week.)

Lior Samfiru, an employment lawyer with Toronto’s Samfiru Tumarkin LLP, is most concerned about the first issue. While the looking-for-work test isn’t stringent–you don’t have to go into a lot of detail to prove you’ve been actively on the job hunt–you still need to be searching, even if there might not be many job openings on offer. The real issue is what this means for parents. While every parent is praying to whatever higher power they believe to open schools in September, if kids only go back to class part time or if a COVID-19 spike forces them home again, then there’s no way that mother or father will get the opportunity to search for work, let alone be available to start a new job.

“This is a big issue,” he says. “With CERB, if you’re so inclined, you can say you lost your job and sit at home collecting payments until it runs out. Nothing will stop you from doing that. With EI you have to say you’re actively looking for work and if you really do take the full year of EI it should be because you couldn’t find another job.”

Receiving lower payments could be a problem during a tough economic time, too. While not working since March won’t impact the amount of benefits you’re eligible to receive (you usually have to accumulate between 420 and 700 hours of insurable employment within the 12 months prior to filing a claim, according to the Government of Canada’s website), you’re only entitled to 55 per cent of a maximum $54,200, which, for those making at least or more than the max amount, comes out to $25,785 over a 45-week period. Those who make less than that amount will now have fewer dollars to live on than they do now under CERB.

“Certainly a lot of people are going to get less,” says Samfiru. “CERB may have been more money than they were earning and they could be getting a fraction of that on EI. People have to understand that CERB is a temporary measure.”

At some point, these issues will need to get worked out. Samfiru thinks the government will ultimately extend CERB to the end of the year and if it doesn’t it will need to come up with a separate program that allows parents, who need to stay home, to collect EI or some other payment without having to actively look for a job.

“Something will have to happen in the fall,” he says. “But who is going to pay parents who may have work available to them, but can’t work regular hours because they have to stay with their children? Will that obligation shift to the employer? Will the government address this through the EI system? It’s going to be a big issue.”