A new report shows our household credit tally has surpassed Canada's annual GDP. Have we stopped listening to the warnings? 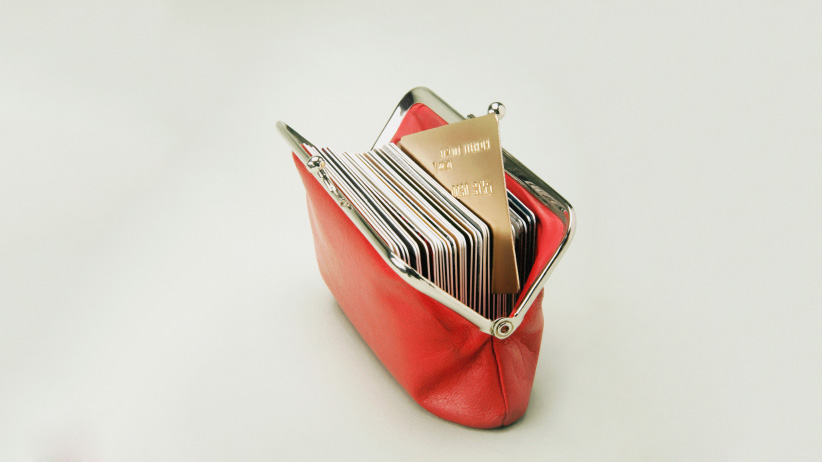 Not every record is worth celebrating. Instead, there are some dubious achievements that should prompt sober self-reflection. This is one of those times: A report from the Organization for Economic Co-operation and Development (OECD) shows that Canadian households are among the most indebted in the world. In fact, Canada tops the list of countries surveyed.

Household debt is more than 100 per cent of GDP in Canada, according to the report, surpassing other developed countries such as South Korea, the U.S. and U.K. While most countries have seen their levels of indebtedness fall since 2007, Canada is a rare exception, digging itself deeper into the red. The OECD states the obvious: rising debt levels don’t imply immediate doom, but definitely increase a country’s vulnerability to economic shocks. 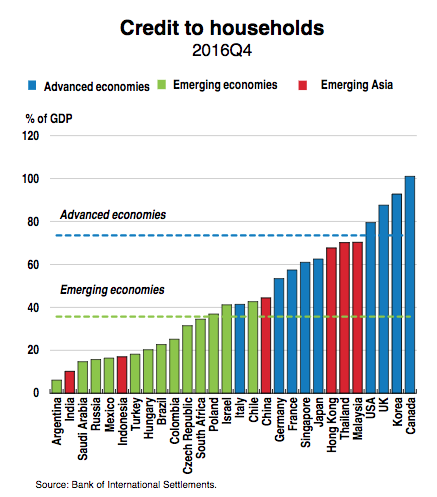 Some developed countries are absent from the above chart, notably Australia. Like Canada, Australia is dealing with frothy real estate markets and consumers who have an insatiable appetite for credit. A different OECD metric, the household debt-to-income ratio, shows that Canada stands at 175 per cent compared to 212 per cent in Australia. But both countries have a long way to go before catching up to Denmark, which stands at 290 per cent.

Still, Canada achieved another record earlier this year: we’re loading up on debt faster than any other developed country. A report from the Canadian Centre for Policy Alternatives found household and corporate debt-to-GDP increased 20 per cent between 2011 and 2016, blowing past Australia’s 14 per cent gain. And in September, the Bank of International Settlements warned the country’s debt levels are putting it at risk. The BIS looks at the credit-to-GDP gap, the difference between a country’s current credit-to-GDP ratio and the long-term trend. Canada stands at 11.3 percentage points above its historical norm. Anything above 10 percentage points could be a sign of trouble, according to the BIS.

Canadians have been flooded with warnings about their spending habits for years, of course, and the headlines, commentary and scolding tend to blur together after a while. So whether Canadians are actually getting the message is an important question. Some see encouraging signs. Douglas Porter, chief economist at BMO, argued in a report this fall that “much of the commentary on this topic has been overwrought.” The savings rate is nearly five per cent, “remarkably close to its 25-year average,” while the debt-service-ratio has been “amazingly stable.” (Though it’s worth pointing out that’s probably a result of low interest rates.) Porter expects the debt statistics everyone frets about will “soon finally top out” and spending will gradually moderate.

RELATED: After weathering the Great Recession, can Canada avoid a debt crisis?

Retail sales, for one, are already slowing. Measures implemented to cool the housing market could dampen Canadians’ enthusiasm for debt and consumption, as well. But it’s a very delicate balance. Recent economic data suggest the Bank of Canada will be exceedingly cautious before raising rates further, lest it push indebted households over the edge. Low rates only encourage more spending, however, raising the possibility that debt levels will continue to grow. That is a scary scenario. At this point, Canada doesn’t need to set any more records.