Does Canada have leverage in the NAFTA renegotiation? 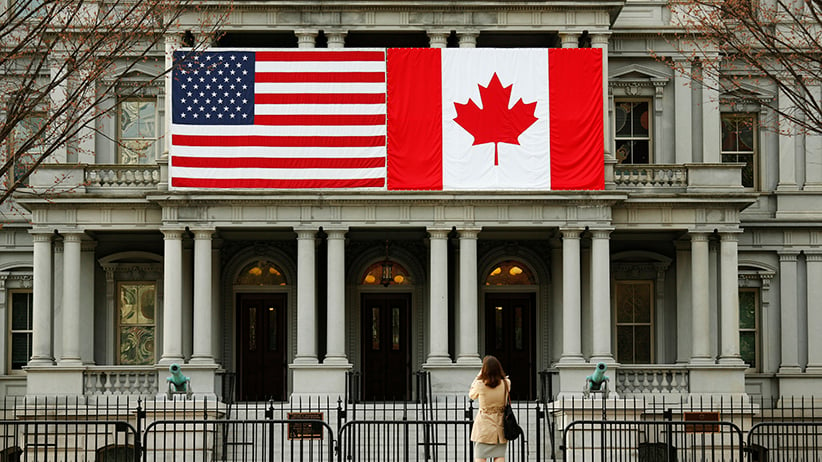 OTTAWA – With NAFTA negotiations set to begin Wednesday, it’s tempting to think of Canada as the proverbial 90-pound weakling about to get a faceful of sand kicked up by the body-building, muscle-flexing behemoth who lives next door.

The United States, after all, is a huge, self-sufficient market that doesn’t really need free trade with Canada and Mexico to thrive economically.

Canada, by contrast, is a tiny market heavily dependent on trade, especially with the U.S., for its economic well-being.

Hence, conventional wisdom suggests, Canada needs the North American Free Trade Agreement more than the U.S. needs it. And that puts Canada at the U.S.’s mercy when it comes to the renegotiation.

Then again, maybe not.

Indeed, some trade experts say Canada has a lot more leverage going into the talks than anyone, including U.S. President Donald Trump, may think. And they’re predicting more of a David and Goliath scenario, where the little guy with the sling shot could best the giant — or at least walk away unscathed.

“Trump has this sort of old-fashioned theory of negotiations, which is that the big guy always wins. It’s not the way it works,” says Ted Alden, senior fellow at the U.S. Council on Foreign Relations.

As Canadian officials never tire of reminding Americans, Canada is the largest export market for two-thirds of U.S. states and is, by far, the country’s biggest customer, buying more American goods and services than China, Britain and Japan combined.

“So there are a lot of powerful interests, from companies to governors to mayors, who are going to be annoyed, to say the least, if access to the Canadian market gets curtailed in a significant way,” says Alden.

Theoretically, Mexico, which is the real target in Trump’s cross-hairs, is even more vulnerable than Canada. It’s the exodus of American manufacturing jobs south of the American border that prompted Trump in the first place to threaten to tear up what he’s called the worst trade deal in U.S. history.

“So I think the negotiation is not as one-sided as the Trump administration hopes it will be,” Alden concludes. “I think both Canada and Mexico actually have a fair bit of leverage.”

Privately, Canadian officials are counting on the potential for a backlash to ultimately prevent Trump from doing anything rash, like unilaterally ripping up NAFTA. And that could give Canada the confidence to stand its ground at the bargaining table and assert, if necessary, that no deal is better than a bad deal.

Foreign Affairs Minister Chrystia Freeland alluded to that calculation Monday when she prefaced a speech about Canada’s goals in the NAFTA negotiations with an historical account of how influential merchants in American border towns, worried about the loss of cross-border trade, convinced the U.S. not to invade the St. Lawrence River valley during the war of 1812.

“Do we have to give in on everything? The answer is no,” says Ottawa-based trade international trade strategist Peter Clark, who was involved in the NAFTA and Canada-U.S. free trade negotiations.

“We’re not required to take a bad deal and we may have to call Trump’s bluff.”

In the run-up to the talks, trade experts agree the Canadian government has adopted a smart strategy, forging alliances with federal and state politicians whose districts are dependent on free trade, as well as with the various American stakeholders who benefit from it — influential people who will, as Alden puts it, “phone the White House and say ‘Don’t you dare screw this up.'”

“To some extent, (Trump) doesn’t have as much leverage as he thinks he does because trade and particularly trade with NAFTA partners benefits all sorts of people and companies and farmers in the United States,” agrees Robert Wolfe, director of the Institute on Trade Policy at Queen’s University.

Moreover, Trump is the one who made NAFTA an issue and for whom negotiating a better deal — preferably before next year’s November mid-term U.S. elections — is a political imperative, notes Patrick Leblond, senior fellow at the Centre for International Governance Innovation and professor of international affairs at the University of Ottawa.

“If they want a quick deal, that plays to our advantage because that means that we have more leverage,” Leblond says.

Ironically, Alden says the very fact that NAFTA is more important to Canada and Mexico than to the U.S. also plays to the smaller countries’ advantage.

“Canada does astonishingly well in negotiations with the United States, probably because it matters so much to Canada. You know, they put their best people on it, it’s incredibly high priority for the government. Trump is distracted with 27 other different things,” he says.