Trump's tweets boasting about rising stock prices look foolish now, which is why politicians wisely avoid commenting on the markets

At one point on Friday Feb. 9, the Dow Jones Industrial Average fell to its lowest level since late November, before rebounding. Since January 26, the Dow has dropped close to 10 per cent, the first significant decline in stock prices since Donald Trump moved into the White House.

Before the downturn, Trump loved to regularly take credit for rising stock prices—since the election he’s tweeted and retweeted more than 50 times about the soaring market. But that’s the danger with bragging about the ups. Eventually, you’ll have to own the downs. Which is why most political leaders wisely steer clear of stock market commentary.

READ: Trump’s economy looks just like Obama’s, except for one important thing

Here then are all of Trump’s tweets boasting about the rising stock market, plotted against the Dow as it declined through each corresponding level, from Jan. 26 to the index’s intraday low on Friday. 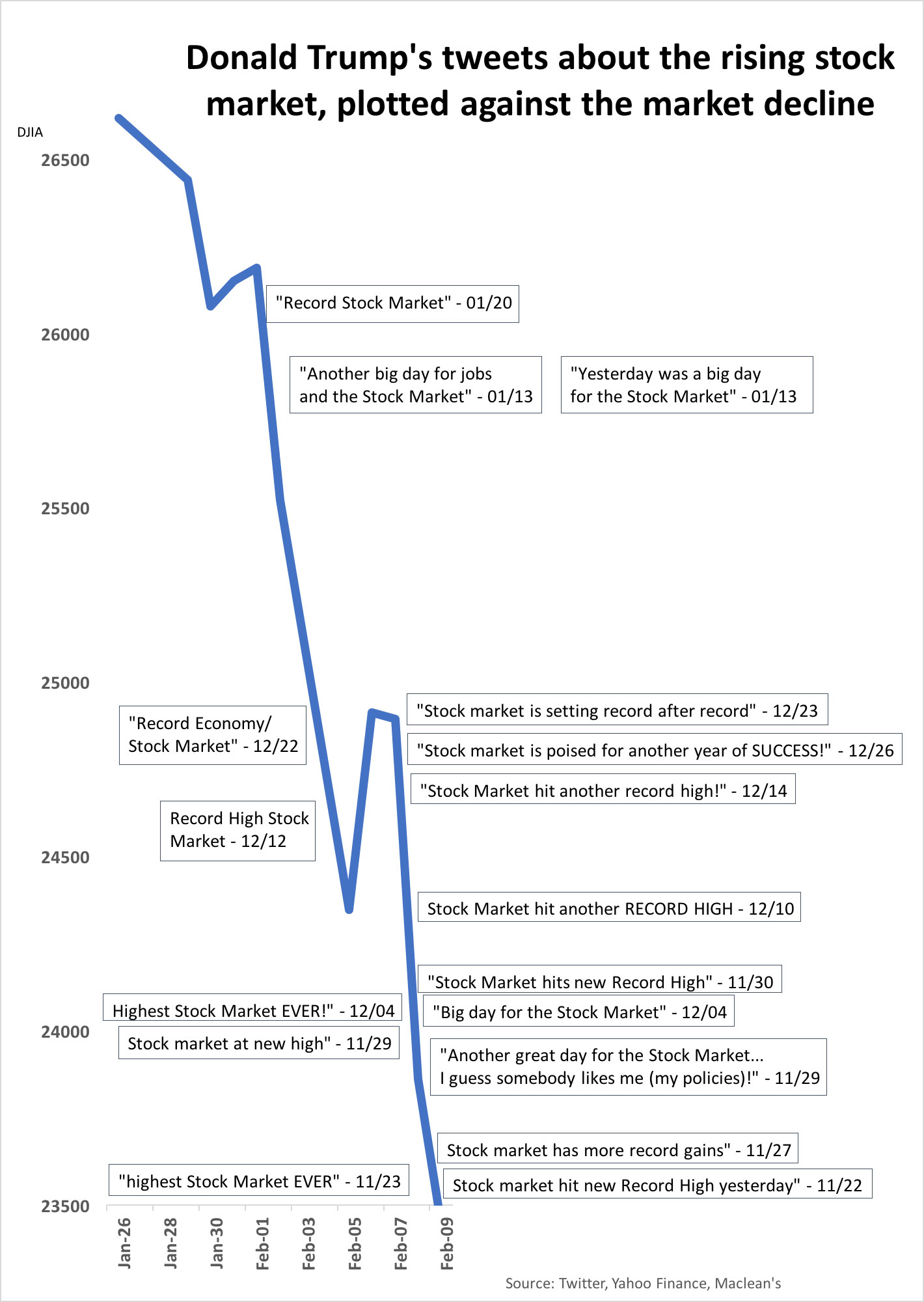