A place to (not) grow: Ontari-ari-ari-old

The reality is Ontario’s creaking workforce is likely to upset everyone’s plans, no matter which party wins the election 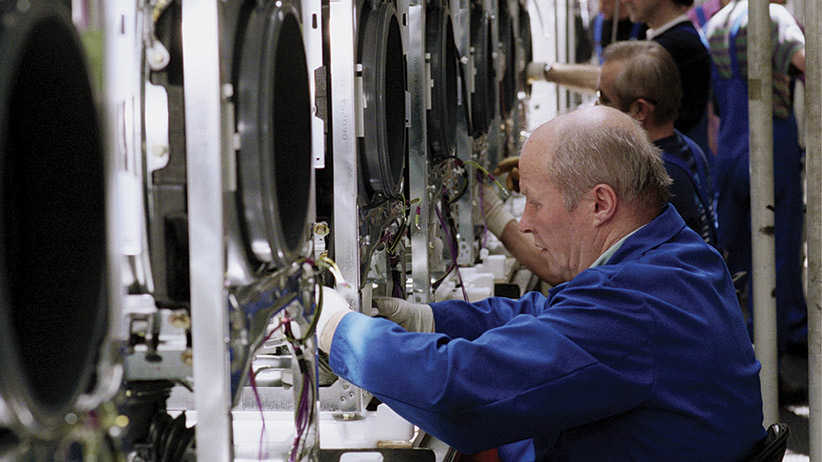 The other day federal Finance Minister Joe Oliver waded into the fray of the Ontario election to offer a warning to the province’s next premier—You know, whoever that might be, totally not taking sides. While cheering Quebec’s recent austerity budget, Oliver fretted that Canada’s economy could never reach its full potential while weighed down by Ontario and its multi-billion-dollar deficits. “These are inescapable mathematical calculations,” he said of the need for Ontario to balance its books. “It’s about arithmetic.”

In any campaign, and Ontario’s was a particularly ripe example, two plus two rarely adds up to four. But for all the thousands of kilometres the leaders travelled, for all the babies kissed, promises made and millions of pixels burned out by instant online analysis, it’s remarkable how little attention went to the only mathematical reality that matters as Ontario tries to get back on its feet. Its workers are getting old, fast, and that simple fact is the demographic hand grenade that threatens to blow an even bigger hole than already exists into Ontario’s economy.

The reality is Ontario’s creaking workforce is likely to upset everyone’s plans, no matter which party wins. That’s because underlying the various party platforms was a common assumption: that Ontario’s economic growth will kick into higher gear over the next few years, providing a boost to the provincial budget and doing much of the heavy lifting needed to haul Ontario out of its fiscal hole. The impetus for the growth might vary (Tory cuts, Liberal corporate welfare and taxes on the rich, NDP corporate taxes), but once past the nitty-gritty each party was in the same finger-crossing territory: our plan will boost the economy, and that growth will bring Ontario’s $11.3-billion deficit under control.

Partway through the campaign, Doug Porter, chief economist at BMO Nesbitt Burns, published a report entitled “Destiny dictated by demography” (PDF) that should have given all parties pause. In it, he sketched some of the ways Canada’s aging population will hit the economy over the next five to 15 years. Top of the list: “Average growth rates will be slower; get used to it.” For Ontario in particular, he estimated, that means an annualized rate of real GDP growth of just 1.7 per cent for 10 years. Yet the Liberal’s last budget before the election forecast growth of 2.5 per cent for each of the next two years, rising to 2.6 per cent by 2017—growth rates not out of step with what the other parties might expect.

To see how Ontario’s demographics could undermine the economy, consider the following. In the early 2000s, Ontario was a notch behind Alberta in terms of the pace of growth of its adult, working-age population. Today the two provinces aren’t even close. Ontarians are shuffling into retirement age far faster than new workers are coming along to replace them. Sure, the aging workforce is a nationwide phenomenon. But in Alberta, where the number of people turning 65 last year rose slightly more than five per cent, the working-age adult population also grew five times faster than in Ontario. 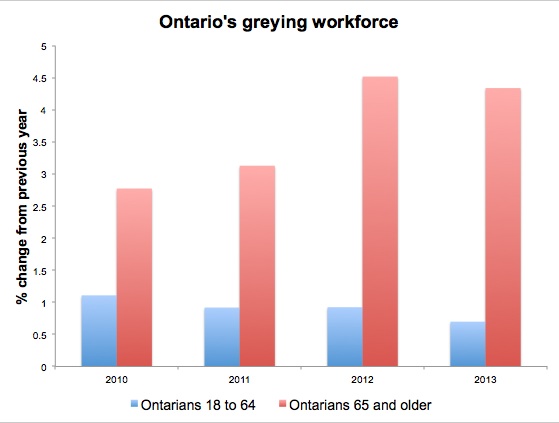 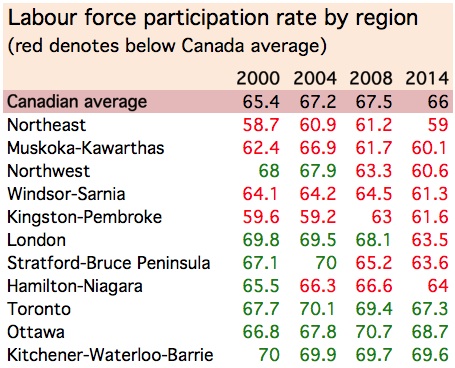 And where once Ontario could rely on immigrants to fill that gap, those days are over. A decade ago more than half of all immigrants to Canada made Ontario their destination. As of 2012 that figure had plunged to just 38.4 per cent. For them, the opportunities lie in the West, not Ontario. 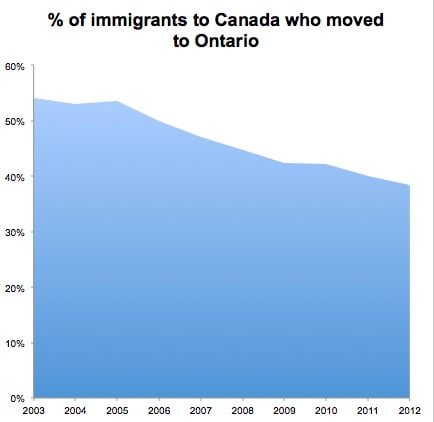 The province’s stagnating workforce is going to work against the next and future governments in myriad ways. Older workers will demand more health and social services. That’s simply going to drive up costs at a time when nine per cent of all Ontario’s revenues are already allocated to interest charges on the province’s $280-billion debt. (Memo to new premier: pray interest rates don’t rise.) The flip side is fewer workers will be available to bring home paycheques, pay taxes, buy homes, cars, clothes and go to restaurants. Rising expenses and lower tax revenues: it’s the exact opposite scenario of what Ontario needs to repair its balance sheet—and yet that’s the demographic destiny faced by Ontario’s next premier. The arithmetic is inescapable.