If the Trump administration erects trade barriers against Mexico, it would be costly to that country, but also to U.S. consumers, companies and shareholders 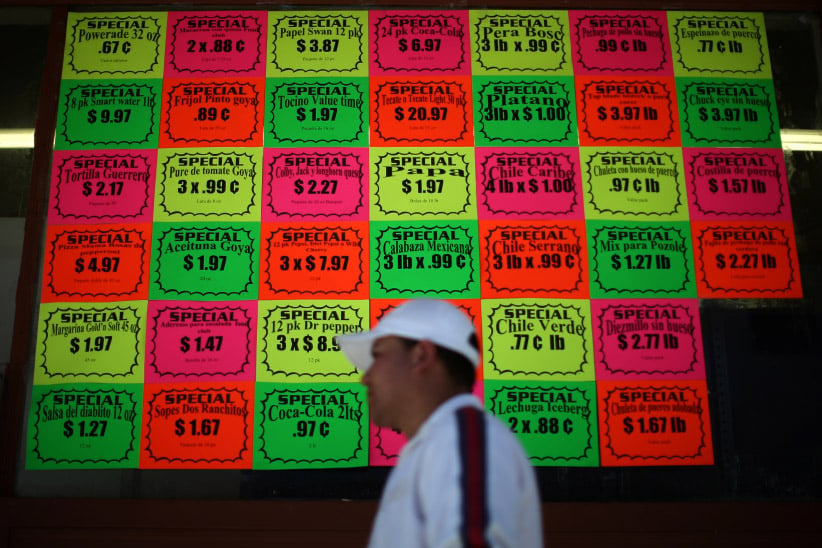 A man walks past a grocery store next to the U.S. border port with Mexico in Nogales, Arizona, U.S., January 31, 2017.  (Lucy Nicholson/Reuters)

The American government was talking war last week—trade war. In fact Wilbur Ross, the commerce secretary, opined to Bloomberg News that the U.S. has been in a trade war for decades—and that’s why the U.S. has a trade deficit. Presumably, Ross believes that the U.S. has been ‘losing’ the war and the job of the new administration is to “win” it. He went on to suggest that Mexican capitulation to future U.S. trade demands would help strengthen the peso. How that might work is unclear.

Are trade and warfare really two sides of the same coin? If so, why don’t we get economics undergraduates to read Sun Tzu’s Art of War or the war treatise of von Clausewitz? Perhaps trade and warfare were equivalent back in the days of gunboat diplomacy (a favoured U.S. strategy in Asia in bygone days), but absent a willingness to engage in armed confrontation, today trade and warfare are fundamentally different.

In essence, parties engage in trade when the resulting exchanges make both sides better off. In contrast, warfare generally results in a least one of the parties (if not both) being made worse off. Annihilating your opponent looks like a pretty good day if you are in the war business. In the trade business it just means you’ve eliminated a supply of desirable foreign goods and services and killed off a block of your customers.

Not that all trade is beneficial to both parties. If one party is a monopoly supplier of something the other party can’t do without, the monopolist may get all the benefits from trade. Conversely, if gunboat diplomacy is an option, you can use threats to become the monopoly purchaser of a country’s exports and force them to trade at an unfavourable price. In this case, you may win temporarily, but as soon as the seller develops the ability to trade with someone else, your strategy fails.

If trade is voluntary and NAFTA is a ‘bad deal’ for the U.S., as President Trump has said, then why does any trade between Mexico and the U.S. take place? This question reveals an important fact often missed in political discussions: countries don’t actually trade with each other—firms and individuals do. The reason that we see as much trade as we do is because it is advantageous for some U.S. firms and individuals to buy Mexican goods and services ($316 billion worth in 2015).

What does ‘victory’ in the commerce secretary’s trade war look like? The U.S. and Mexico already have relatively free trade, so absent gunboat diplomacy to force Mexicans to buy more U.S. exports, all the U.S. can really do is restrict the amount of imports from Mexico by erecting new trade barriers. Will such a move be costly for Mexico? You bet. It will also be costly for U.S. consumers and firms and their shareholders—especially the many U.S. firms that have invested in Mexico.

On balance, the result will almost certainly be negative for the U.S., since American firms and consumers always had the option to produce at home the goods and services they currently buy from Mexico. That they did not do so suggests that buying from suppliers in Mexico was actually a ‘good deal’ whether the suppliers were Mexican, American, or foreign-owned. Factories based in Mexico will respond to new U.S. trade barriers by finding new markets (hello Asia), while firms and consumers in the U.S. will respond by finding new and more expensive sources of supply. Some current U.S. production for export will move offshore to avoid those very cost increases.

Of course, Ross’s sabre rattling could be the precursor to some gunboat diplomacy (although the White House claims that President Trump was just joking about sending in U.S. troops in his call with the Mexican President). Such an approach would certainly carry some risks in terms of the broader interests shared by the U.S. and Mexico. Hopefully, those broader interests will be considered as the U.S. develops its negotiating strategy.