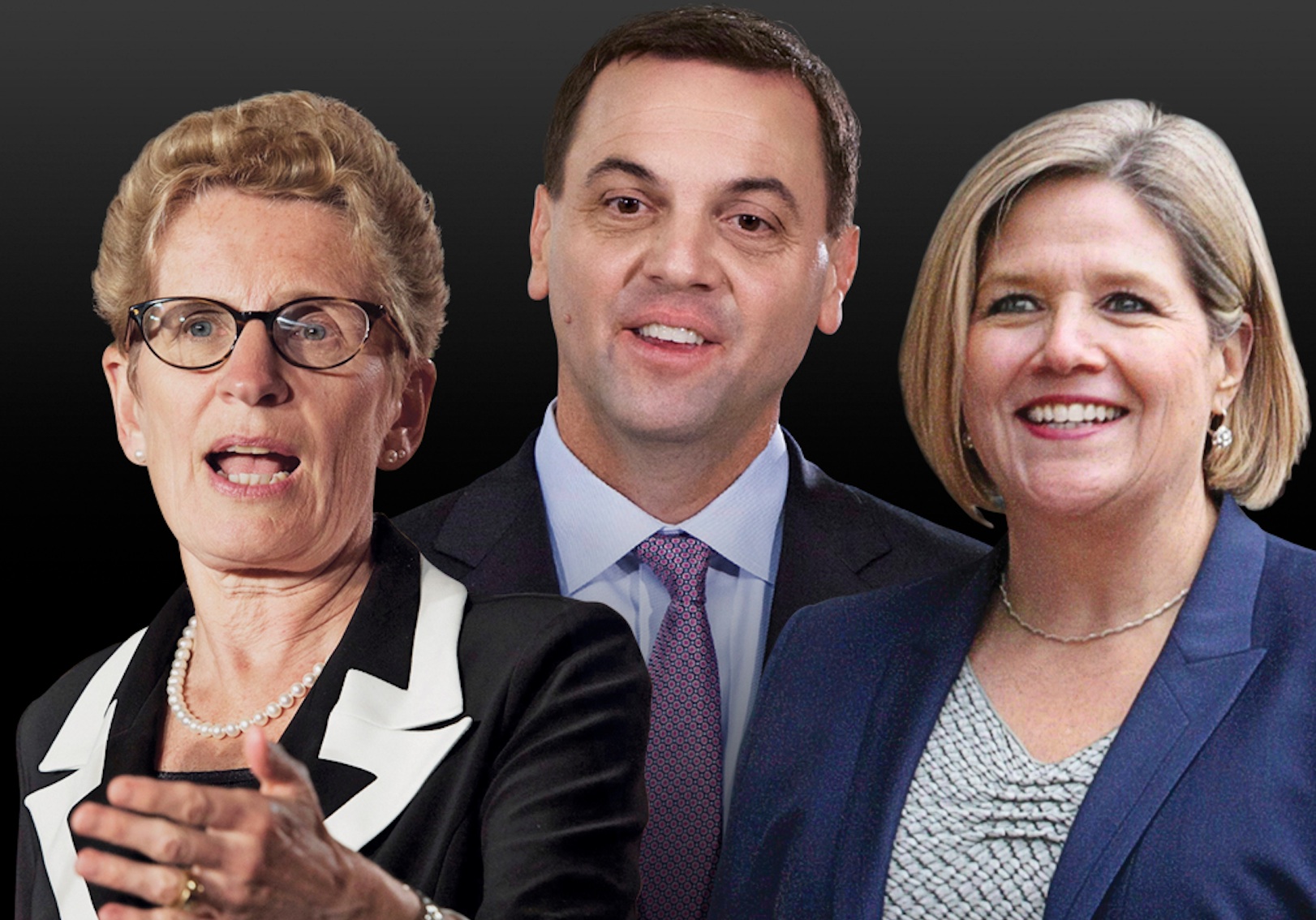 The Ontario election campaign has mostly focused on economic plans.  There has been lots of debate around the credibility of the plans both in terms of their internal consistency (the arithmetic) and the economic rationale (the theory) that underpins them.

Much less attention has been focused on the parties’ fiscal plans.  One notable exception is the work of Scott Clark and Peter DeVries writing in iPolitics.  To build on their analysis, we decided to examine the parties’ plans using a common accounting framework. In principle, this is a simpler exercise than comparing economic plans that depend on alternative and sometimes controversial economic theories.

We begin with the fiscal plan in the Liberal budget.  This starting point has has been explained in detail in the budget papers, checked for internal consistency by the non-partisan, professional economists of Ontario Finance and based on an economic forecast representing the average view of a group of private-sector economists.

We next adjust the Liberal budget for the changes proposed by the Conservatives and New Democrats.  We take their proposed targets for spending, revenues and deficits at face value and determine whether their proposed measures are sufficient to achieve those targets.  In addition, we assess the likely influence of the proposed measures on program spending.  Finally, we highlight the differences, similarities and risks inherent in their plans. Our assessment is based on what we could glean from the parties’ platforms.  If we are have misinterpreted them, we hope the parties will see this as an opportunity to further clarify their proposals.

The Liberal plan is to reach fiscal balance in 2017-18 with a combination of growing revenues and flat program expenditures over four years. Revenue growth comes mostly from growth in the tax base stemming from the modest economic growth projected in the budget. In addition, direct revenue measures like an income tax increase for high-income earners contribute almost $2 billion to the total revenue increase of about $19 billion during the four years of the plan.

The Conservative plan is designed to achieve fiscal balance in 2016-17, one year earlier than the Liberals. To aid comparability, we analyze the plan over the same four-year time frame. Compared with the Liberals, the Conservatives combine a large corporate tax cut with substantial cuts to programs spending to reach fiscal balance.

On the expenditure side, the Conservatives plan aggressive reductions in non-health program spending. As noted by Clark and DeVries, the Conservatives appear to have failed to adjust their plan for the effects of two proposed Liberal measures.  The first, a program review exercise, is slated to remove $500 million ongoing by 2015-16. The second, requiring that departments absorb any wages increases, has the same effect as the Conservatives’ wage freeze, yielding $2.1 billion annually by year four of the plan.  Given our approach of taking parties’ fiscal targets at face value, we assume these oversights simply mean that the Conservatives will have to find deeper cuts elsewhere in non-health program spending to achieve balance. Finally, with a smaller accumulated debt, the Conservatives assume a fiscal dividend of about $500 million in reduced interest payments by the end of the period.

Health spending is assumed to grow at the same rate as in the Liberal plan (2.2 percent annually), implying that non-health program spending must be reduced by 3.5 per cent each year during the four-year period, reaching a level $7.6 billion or 13 per cent lower than the Liberals propose. During the period, health’s share of program spending rises from 42 percent to 48 percent.

As with the Liberals, the NDP plan to achieve fiscal balance in 2017-18, one year later than the Conservatives. On the revenue side they propose to raise corporate income tax by one percentage point and rely heavily on better enforcement and closing loopholes to raise additional funds. To make room for a number of new measures on the spending side and still meet their fiscal targets, they rely on reallocation or program review to create fiscal room of about $1.5 billion in 2017-18. Like the Conservatives, they appear to have overlooked the Liberal budget’s $500 million program review exercise. We therefore assume  their program review and reallocation measures will actually have to find about $2 billion in savings by the end of the period to achieve fiscal balance.

In the case of the Liberals, there is a risk that they may not be able to sustain three more years of non-health expenditure reductions.  This is especially true when the largest reductions take place the final year of the plan. In addition, their high-income personal tax increase may not yield as much revenue as they project if some high-income earners re-arrange their affairs to minimize exposure to the tax.

The key risks to the Conservatives’ plan include uncertainty around whether their corporate tax cut will stimulate significant growth in Ontario’s business sector.  It appears that they are counting on such growth to cushion the revenue impact of their tax reduction by about half.  Also, it is uncertain whether the Conservatives will be able to cut more than $7 billion more than the Liberals in annual non-health program spending, leaving Ontario with program spending that is significantly lower than elsewhere in Canada.  Efforts of this magnitude often become exercises in deficit offloading when deficits are transferred to municipalities and school boards rather than actually eliminated.

Given its similarity to the Liberal plan, the NDP plan shares the same key risks with the added revenue risk that their corporate tax increase may not raised as much revenue as they project.  Expenditure risks are likely heightened by the fact that the NDP is promising to add new spending in a number of areas, financed by very aggressive cuts to existing non-health program expenditures.

To summarize on the revenue side, the Liberals rely mostly on economic growth to raise revenue over the period with a contribution from increased income taxes on high-income earners. The NDP adds an increase in corporate taxes.  In contrast, the Conservatives rely largely on economic growth to raise revenues, a task made significantly more challenging by a large reduction to Ontario’s already highly-competitive corporate tax rate.

How should citizens evaluate the competing fiscal plans? Our analysis suggests two questions worth considering as we approach the party leaders’ debate. The first is: How serious is the fiscal problem facing Ontario and how drastic are the measures required to address it?  The second is: What is the appropriate level of program spending? The Liberals and NDP propose to maintain Ontario’s already relatively low program spending at approximately the current level.  In contrast, the Conservatives propose to lower program spending substantially to finance a large corporate tax cut now and lower personal taxes once the budget is balanced. We look forward to the debate on June 3 to learn more of the leaders’ thinking around these questions.

Paul Boothe is Professor and Director of the Lawrence Centre for Policy and Management at Western’s Ivey Business School. Previously he served as Deputy Minister of Saskatchewan Finance and Associate Deputy Minister of Finance Canada. Sandra Darmawan is a fourth year student in Western’s honors economics program.