Bank of Canada: Housing may be overvalued by as much as 30 per cent 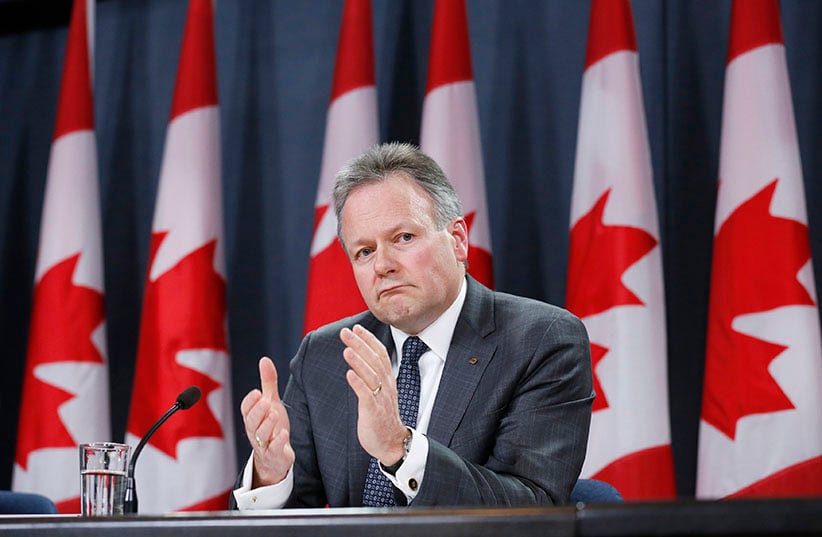 OTTAWA — The Bank of Canada is suggesting house prices may be overvalued by as much as 30 per cent, but governor Stephen Poloz maintains the country’s real-estate market is still likely headed for a soft landing.

Even with the risk of overvalued homes, the central bank governor reiterated his forecast Wednesday that the market will unwind gradually along with the improving economy.

“We believe the economy is gathering strength, it’s beginning to rebuild itself, it’s going to create new jobs and income is going to go up,” Poloz told a news conference after releasing the review.

“And all those kinds of metrics are going to start to look better, and so the sustainability of the housing market will be buttressed by that. So, that’s our main source of reassurance from this.”

The Bank of Canada estimated the country’s housing market could be overvalued by 10 to 30 per cent as part of its semi-annual financial system review.

Even as the country continues to show signs of a “broadening recovery,” the bank’s financial system review underscored key vulnerabilities and looming threats.

In particular, it pointed a finger at mounting household debt as one of the biggest weak spots in Canada’s economic armour.

Earlier this month, Poloz maintained the bank’s trend-setting interest rate at one per cent, where it’s been frozen since September 2010.

The low rate has encouraged Canadians to accumulate piles of debt since the recession as a way to help stimulate the battered economy. Most economists and analysts don’t expect the rate to budge until at least the middle of next year.

In the meantime, Canadians will continue to take advantage of cheap credit.

The bank’s report cautioned that Canada’s household debt-to-income ratio is near a record high, conditions that may have been partly fuelled by stiff competition among lenders.

The situation, it said, may have encouraged some Canadians to borrow too much and led financial entities to lend to riskier clients.

The review said 12 per cent of Canadian households as “highly indebted.” The bank said this percentage has been steady in recent years, but is nearly double the level in 2000.

These households carry about 40 per cent of the country’s overall consumer debt load, the study found.

Young homeowners, the bank added, have become even more vulnerable to negative shocks to income and to higher interest rates.

“Among the current generation of young households, those who own homes carry more mortgage debt relative to income than previous generations did at the same age,” the review said.

The bank also warned of increased risk taking in financial markets and noted other emerging threats, such as weakening commodity prices and the plunging price of oil.

Among possible pitfalls that threaten Canada’s position, the bank warned of a sudden rise in long-term interest rates and added financial stress in places like Europe and China.

However, the bank said its overall assessment of Canada’s financial stability remained roughly unchanged since its June review and the probability of an adverse shock had eased.