The C.D. Howe paper on private versus public sector investment is not supported by simple arithmetic or theory 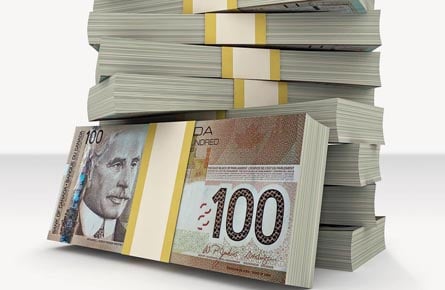 Is the public sector holding back provincial growth rates by crowding out private sector investment? That’s the contention of a recent C.D. Howe paper by Philip Cross. The paper provides a great case study of the danger of confusing correlation with causality.

Let’s begin with the simple arithmetic. Gross domestic product (GDP) is the sum of spending on consumption, investment, government services and net exports. Whether the investment spending is initiated by the private sector or the public sector makes no difference to the GDP accountants at Statistics Canada. Both contribute in the same way to measured GDP and a boom in either private or public sector investment will boost economic growth. The simple arithmetic gives us no reason to prefer one kind of investment over the other.

Perhaps the future returns on private and public sector investments differ, so that the differential effects are felt in the future rather than the present? The contribution of future investment returns to economic growth will depend on the quality of the investment and luck. If a business buys a new machine and the expected customers do not materialize, that investment will have been wasted. If the government builds new transportation hubs that help firms get their goods to market faster and more reliably, such spending may contribute to further economic growth. Again, the simple arithmetic gives us no reason to prefer one kind of investment over the other.

Let’s turn next to economic theory. Crowding out occurs when public sector borrowing drives up interest rates, making private sector investment uneconomical. While this causal link makes sense for large, closed economies, it is nonsensical to suggest that it is at work in individual provinces with Canada’s open and integrated capital markets. Private sector investments with the same risk and return characteristics will face the same interest costs regardless of the level of public sector investment in the province in which they are located.

So if the contention that the public sector is crowding out private sector investment is not supported by simple arithmetic or theory, what are other possible explanations of different levels of private sector investment across provinces? In an interview in with Globe and Mail columnist Barrie McKenna we see Cross’s underlying reasoning: “Part of the reason is that some provinces are creating a more business-friendly environment, while others are scaring away investment, argued the report’s author Philip Cross …. ‘It’s more than just about the Alberta oil sands and other resource projects, Mr. Cross said. ‘The West has had resources for a long time. What unlocked them were good policies.’ ”

While his contention regarding the relative ‘business friendliness’ might be true, Cross provides no evidence to support it. To do so, he would have to first show that provinces with relatively high private sector investment ratios actually have more business-friendly environments. Second, he would need to show empirical evidence that it is business friendliness and not some other factor that is driving the differences between provinces.

Scottish poet Andrew Lang warned about the misuse of statistics, remarking that they are sometime used like a drunk uses a lamppost, more for support than illumination.  The recent C.D. Howe paper by Philip Cross may tell us more about the author’s political ideology than the determinants of private sector investment.

Paul Boothe is Professor of Business and Director of the Lawrence National Centre for Policy and Management at Western’s Ivey Business School.