Can the Liberals keep their promise to First Nations youth?

Economist Rob Gillezeau on a $1.7-billion gap in the Liberal funding plan for First Nations education 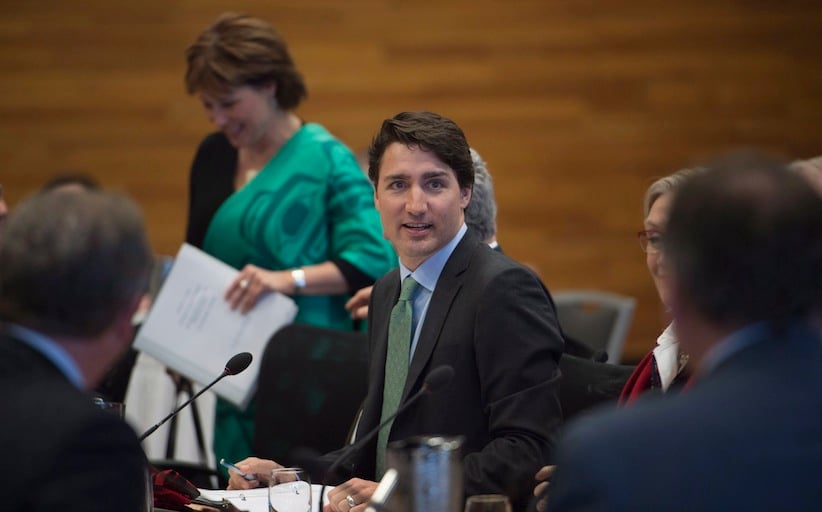 Rob Gillezeau is an Assistant Professor in the Department of Economics at the University of Victoria with expertise in economic history, labour economics, and public policy. He previously served as the Chief Economist in the Office of the Leader of the Official Opposition.

Last Thursday, while the Prime Minister Justin Trudeau was being feted with the pomp and luxury of a state dinner in Washington D.C., his government quietly leaked the fact that the Liberal platform had underfunded its promise to First Nations youth by as much as $1.7 billion. It was such a masterful stroke of political damage control by communications staffers that its release was spun into a headline entitled “Trudeau Looking to Improve State of First Nations Education,” and only the journalists at APTN have taken the time to seriously dig into the fiscal sleight of hand.

The anonymous federal source who leaked the information to the media tried to lay the blame squarely on former prime minister Stephen Harper, claiming that his government had “secretly” removed $1.25 billion from the government’s ledgers of which the Liberals could not have possibly been aware. The problem with this claim is that NDP MP Charlie Angus raised this exact concern during the last election campaign, noting that the Liberal plan relied on $1.7 billion of pre-existing funding over the 2016-17 to 2019-20 period that could not be guaranteed. No other political party’s platform relied on this pot of money, nor was there any indication of its existence in the three primary sets of government fiscal documentation: the Main Estimates, the Public Accounts, or the Reports on Plans and Priorities. Even if it were to exist, there was no guarantee that the money had not been re-profiled over a much longer time horizon.

In response to these concerns, the Liberals called New Democrats “desperate,” and argued that they were “mak[ing] false claims” that couldn’t be “further from the truth.” It turns out those New Democrats (and other experts, including Angella MacEwen from the Canadian Labour Congress) were right—and a staggering gap of up to $1.7 billion in the plan for First Nations education funding remains.

The 149-year relationship between Canada’s federal government and First Nations is filled with reneged commitments, unfilled obligations, and broken promises. This election cycle, all parties placed a much greater emphasis on Indigenous policy than in any prior election; New Democrats even went as far as to release a full Indigenous Platform. Strong turnout from Indigenous peoples at the polls last fall, who voted for change, clearly marked a new hope that things would be different this time. Sadly, within six months of its election, Prime Minister Justin Trudeau’s government appears to be laying the groundwork to break an enormously important promise.

This is part of a growing series of substantial costing errors from the Liberal campaign, and it’s symptomatic of a platform that wasn’t rigorously costed or analyzed by experts or the media. Certainly, it is an indicator that journalists should always question costings that rely on pots of money that cannot be clearly identified. However, when it came to light that the Liberal tax plan to give those making between $89,000 and $200,000 a cheque for $670 dollars was underfunded by $1.2 billion, the Trudeau government found the money. If the government can find the money to give a tax cut to Canadians earning six figures, they should be able to find the funds to meet their promise to First Nations youth.

At the end of the day, the Prime Minister or, at the very least, the minister of Indigenous and Northern Affairs owes First Nations an apology. They owe an apology to those who tried to raise the alarm on this startling funding hole, but were instead denigrated and mocked for their concerns. They need to identify why the Department of Finance has been spreading confusing and contradictory information on the topic, and clarify the situation.

And, most importantly, they need to do right by the First Nations children who may continue to suffer because Liberal staffers struggled to understand the nation’s finances. Instead of putting the communications spin doctors on the job of playing down expectations, the officials at the Department of Finance should be hard at work to find the $2.6 billion in funding promised. If they don’t, it’s on the Prime Minister.