Canada has a role to play as China restructures its economy 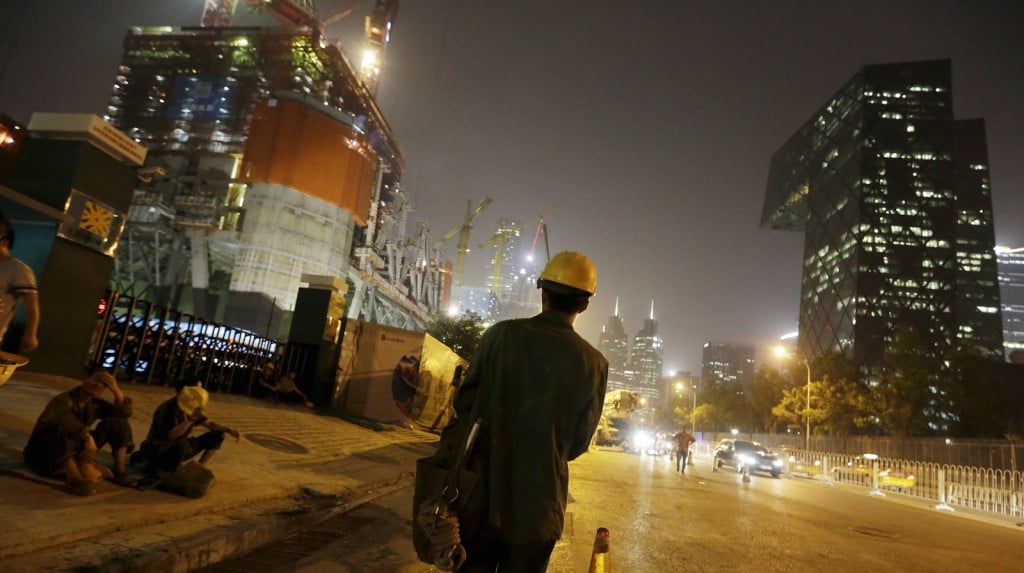 China is an infrastructure and manufacturing powerhouse. One quarter of the world’s value added in manufacturing comes from China.  That China will remain the world’s factory is, however, being put to the test.

Wages are rising, making increased productivity essential if China is to avoid the “middle income trap,” forecast by Wendy Dobson of the Rotman School of Management and other China experts.

Another challenge is the rotation of demand from foreign sources, who buy Chinese manufacturing exports, to a consumer-driven economy where services play a bigger role. Services are about 70 per cent of Canadian GDP, versus 48 per cent in China.

The services economy still leaves a lot to be desired in China. A responsive sales clerk or customer-friendly waiter is still a rare experience, but there are signs things are getting better through improved employee training. If humans leave something to be desired, there is always the online world, which is expanding at a rapid pace.

As a business school professor told me, “Chinese people love clicking—and they find their computers give them efficient service. As a result, e-commerce is booming.” Alibaba, the online commerce giant headed by Jack Ma (China’s Bill Gates) has more sales than eBay and Amazon combined.

The backdrop to this hopeful vision of an economy undergoing major transitions is slowing growth, a stock market crash and on-going concerns about the unwillingness to expose state-owned enterprises (SOEs) to private sector competition.

On China’s GDP growth, ‎an annual rate of 7 per cent was repeated constantly at the Forum. Zhang Xiaoqiang—an influential former economic advisor to government—added that the world should want China to hit this target given global growth is 3 to 4 per cent, a quarter to a third of which is driven by China.

Min Zhu, China’s rep to the IMF, had a more nuanced message. He added the key challenge is structural reform, not simply growth. The IMF predicts 6.3 per cent GDP growth. Zhu noted that as China’s economy becomes more environmentally sustainable and services-oriented, growth will come.

Unquestionably the Shanghai stock exchange crash has everyone spooked, and for good reason. The bubble was driven in party by retail investors – middle class Chinese entering the market for the first time with little knowledge and lots of speculation.

Government communication with investors both before and after the crash was also poor. Unlike in market economies, the government bears a good deal of responsibility for capital market turmoil; a market crash is in fact a political event as much as an economic one.

Price-earnings ratios have now returned to more normal levels, but a greater role for knowledgeable institutional investors in price setting is essential. Above all, better corporate governance in listed firms and effective regulation to ensure transparency is the only way to improve capital markets.

Questions about China’s central bank and exchange rate policy also have the same roots: trust. Investors think a further devaluation is possible. Chinese officials were adamant at the Forum that this will not occur.

Finally – there is the question of the role of SOEs in the economy. State directed capitalism is alive and well in China, with SOEs controlling key industries and perhaps one-third of China’s capital spending.

If there was one topic on which those I spoke to agreed, it was that increased competition from the private sector, both Chinese and foreign owned, is critical to China’s desire to innovate and grow.

As the Economist’s savvy China editor, Vijay Vaitheeswaran outlined in his special report on China, the private sector is responsible for perhaps two-thirds of economic output and job creation. China’s leaders “need to stop coddling bloated state enterprises and let them be managed by professionals in competitive markets.”

Price controls, state credit and management to goals other than market efficiency remain pervasive, as is lack of competition in key sectors such as steel and coal. The drag SOEs place on growth is clear. The question is how long will market reform, some new elements of which were announced this month, take in practice? In typical Chinese fashion it won’t be fast.

Engagement in innovative industries, nurturing effective regulators and empowering the Chinese consumer will be a decades-long process is my guess, and will co-exist alongside a growing and increasingly dynamic Chinese private sector.

Nurturing the spread of the Chinese private sector has public institution roots – several commentators said social safety nets such as unemployment insurance, health care and pensions are critical as SOEs shutter their doors. Let’s not forget that for many Chinese their inefficient SOE job functions much like social assistance does in Canada.

Above all, Canadian firms have much to gain from the transformation of China’s economy, as does a smart Canadian political and public service class able to speak with confidence and sensitivity to their Chinese counterparts.

Helping China with its transitions, and the complex problems the Chinese economy and society faces, is an opportunity for strategic partnerships with Canadian experts and solution-providers across the board — from environmental services to energy and education, and from financial services to food security. This will also help broaden the relationship from the well-established exchange in manufacturing and commodities.

As for the global stage, President Xi and President Obama meet next week. Look out for dialogue on infrastructure, including the Asian Infrastructure Investment Bank which the US and Canada should consider joining, trade, investment regulation, cyber-security and innovation.

How these two powers manage their differences will also impact Canada and Canadian business; hopefully the choice will be engagement, with stops and starts, and not hostility.

The global economy is likely to remain fragile and volatile. In this context, it is essential to keep deepening our knowledge of the Chinese economy and its two-way links with Canada. This is the only way to separate out noise from real impacts, and react thoughtfully.

Canada needs to play a bigger role. China remains as critical to the structure of the global economy as the US in the long-term. While the US remains Canada’s top commercial partner, inclusive and environmentally sustainable growth in China, and a peaceful Pacific region, are worth spending time on.

Ailish Campbell is vice-president of fiscal and international policy at the Canadian Council of Chief Executives. The views expressed here are her own.