Canada is adrift without a fiscal anchor 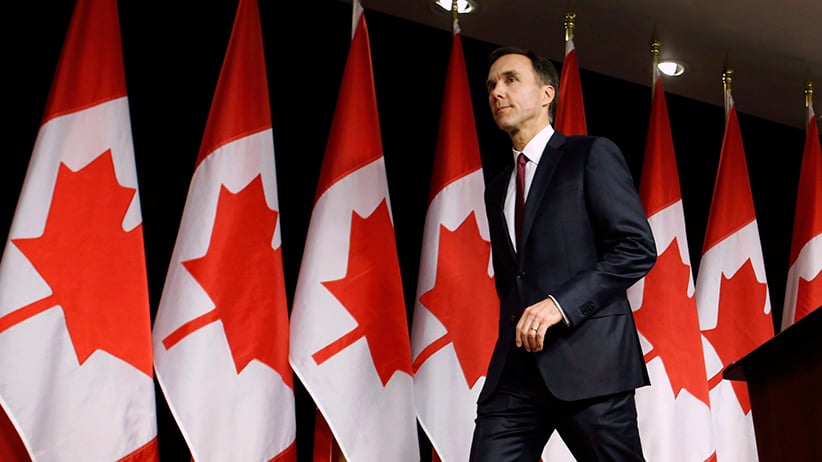 Finance Minister Bill Morneau leaves after holding a news conference before the release of his federal budget in Ottawa, Tuesday March 22, 2016. (Fred Chartrand/CP)

All sailors know that having an anchor at the ready keeps you and your boat safe. When seas are calm, the anchor doesn’t do much except expand your range of options for stopping when you need to. In stormy weather, your anchor may save you from catastrophe—preventing you from being driven on to the rocks and broken apart.

The same is true of fiscal anchors. When times are good, they don’t do much more than provide reassurance to investors and voters that the government’s finances are well managed. However, in times of economic turmoil, fiscal anchors really prove their worth. They give investors and voters valuable information about how the government can be expected to respond to economic challenges and what the impacts will be on government spending, taxation and, especially, borrowing.

Sailors also know that different kinds of anchors work best in different situations. For example, a Danforth anchor works well in mud or sand. A plow anchor re-sets itself more easily if the direction of the wind changes. Likewise, there is more than one kind of fiscal anchor. For example, some finance ministers use budget balance as their fiscal anchor, committing to balance either year-by-year or over a fixed period like a political or economic cycle. Other finance ministers use debt levels as their fiscal anchor, committing to limits on the ratio of government debt to GDP. The fiscal anchor a minister chooses depends, in part, on what kind of fiscal policy they want and how much credibility they already have with investors and voters.

Which brings us to Finance Minister Bill Morneau and his recent budget. The minister decided to abandon the previous government’s fiscal anchor (budget balance) and instead run substantial fiscal deficits over the next five years. His approach formed part of the Liberals’ election platform and therefore came as no surprise. What was surprising, however, was that he did not work very hard to make the case for using a new fiscal anchor—the ratio of debt-to-GDP. Indeed, he even went so far as to say that his government would eventually return to the previous government’s fiscal anchor, a balanced budget, but would not say when. When questioned, the minister suggested that he “might” return to a balanced budget within five years.

Why is this poor fiscal policy? Having no fiscal anchor means that the government is without self-imposed restraints on its spending behaviour. Thus, investors and voters are left to imagine how the government will behave if economic conditions worsen. Such uncertainty can reduce confidence among private sector firms considering whether and in what country to invest in new capacity. While interest rates are low and Canada’s debt burden remains modest compared to most other major economies, such uncertainty also makes government bonds somewhat riskier and less attractive to lenders.

In a second controversial move, the minister used conservative economic-growth assumptions to forecast his revenues. While building “prudence” into the budget is not controversial, using conservative growth forecasts to do so has the effect of making the budget less transparent and more vulnerable to reinterpretation after the fact if things do not turn out the way the government hopes. This lack of transparency diminishes the finance minister’s credibility and his effectiveness as a fiscal policy maker.

Sailors know that course corrections are best done as early in the voyage as possible. How can the finance minister get his fiscal plan back on course? First, he could be clear about what fiscal anchor he is using. Will he pledge to return to budget balance? If so, when? Alternatively, does he believe that the ratio of government debt-to-GDP is the best measure to anchor fiscal policy? If so, what is the maximum debt ratio he will tolerate over the current mandate and over the medium-to-longer run?

Second, he could be transparent about the potential impacts on the government’s future policy decisions of the “prudence” or contingency included in his budget plan. Since its explicit rationale is that the economy might be weaker than forecast—yet again—and that government revenues will in turn be weaker, what will the government do with any “windfall” revenues if the economy generates more than budgeted? For example, if the government’s own assertion that economic growth will be boosted by the budget’s measures does bear out, will it spend the extra tax revenues? Or will it seek to ensure a quicker return to budget balance—closer to what its electoral platform proposed?

Being transparent about how the government will use its contingency under different economic circumstances makes it easier for voters to hold the minister to account.

No prudent sailor would ever head out on a long voyage without an anchor. Likewise, no finance minister should begin a political mandate without a fiscal anchor. Being clear about his fiscal anchor and transparent about how his contingency will affect decisions in the months and years ahead and will help keep the finance minister and his budget plan safe when stormy weather comes our way.