Canada is the best jobs creator in the G7? Not so fast

For the first time since 1997, today saw the release of the sixth consecutive U.S. jobs market report with a net monthly employment gain of over 200,000 persons. But are they doing better than Canada, and if so, by how much? 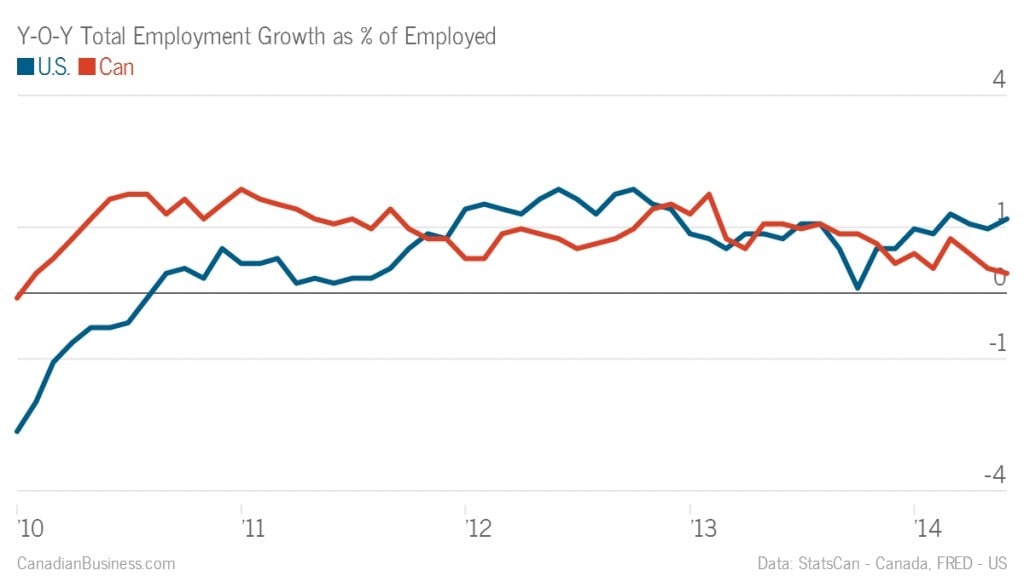 The U.S. employment market was dreadful in 2010, but has improved steadily since then. The scale required to show the 2010 numbers makes it difficult to see the relative differences in the last few years, so here is the same data starting at January 2011: 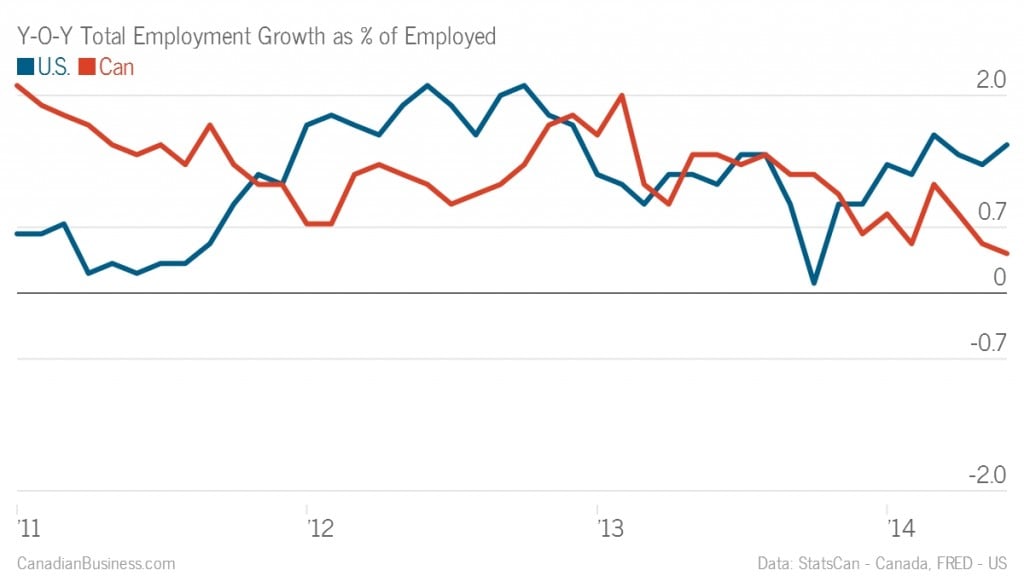 By this metric, U.S. employment growth outpaced Canadian growth in 2012 and 2014. The two countries were relatively even in 2013 outside of two bad months (February and October) for the United States.

The above charts treat full-time and part-time jobs equivalently. If we instead limit the discussion to full-time employment, the U.S. record is even stronger. 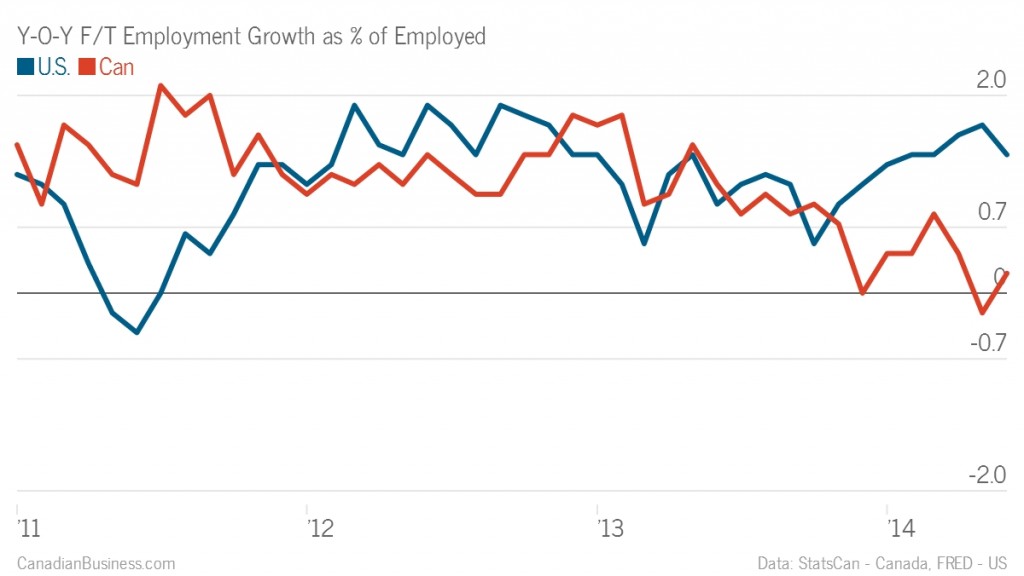 The United States has outperformed Canada by this metric in 23 of the 30 months from January 2012 to June 2014 (the Canadian July 2014 data has yet to be released), with the U.S. averaging 1.34 per cent growth relative to Canada’s 0.97 per cent. Full-time employment has grown by 2.3 million in the last year—64 times Canada’s paltry 35,600 net gain. Given Canada’s performance gap over the past two-and-a-half years, it is getting more and more difficult to claim that Canada “strongest job-creation record in the G7.”