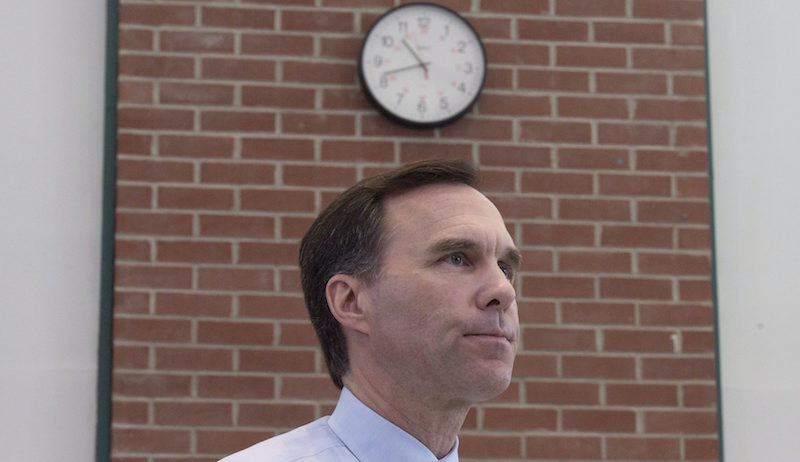 Minister of Finance Bill Morneau participates in a town hall meeting ahead of pre-budget consultations in Ottawa, Monday February 22, 2016. THE CANADIAN PRESS/Adrian Wyld

No one could blame Finance Minister Bill Morneau if he felt a pang of anxiety whenever an aide tells him there’s a revised fiscal outlook waiting on his desk. Every time an economist has his ear, the news is bad. As oil prices keep searching for rock bottom, GDP growth remains stubbornly sluggish and projected federal deficits continue to balloon. And revised forecasts aren’t getting better.

Last summer, when Justin Trudeau confidently announced several years of modest deficits, anchored by a promise to table a balanced budget in 2019, his campaign drew on a report from the Parliamentary Budget Office that predicted a modest deficit for the current fiscal year and a couple of years of surpluses to follow. Everything changed after the Liberals rose to power. The Department of Finance’s updated forecast in November, and their most recent numbers released today, paint an ever-gloomier picture. Canada’s real GDP will continue to rise, but more slowly. 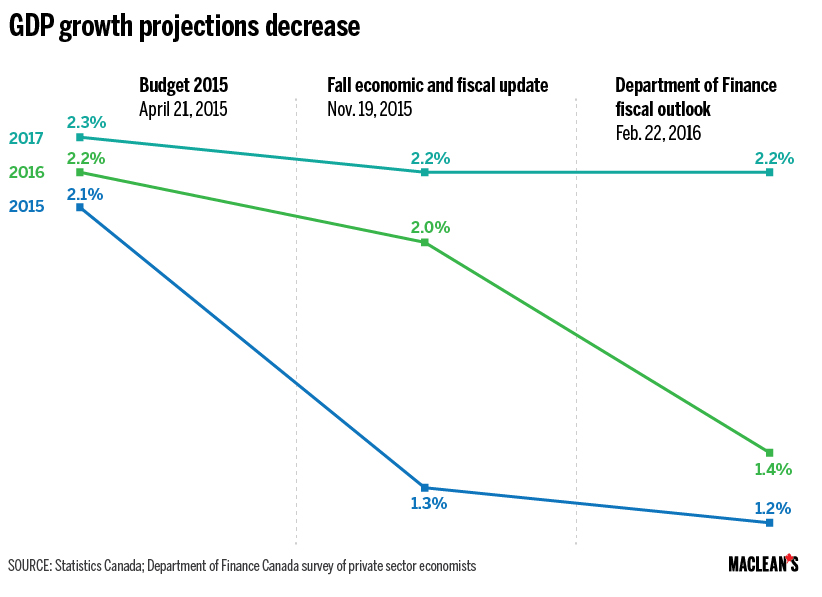 And deficits? They’re about to get a lot bigger. 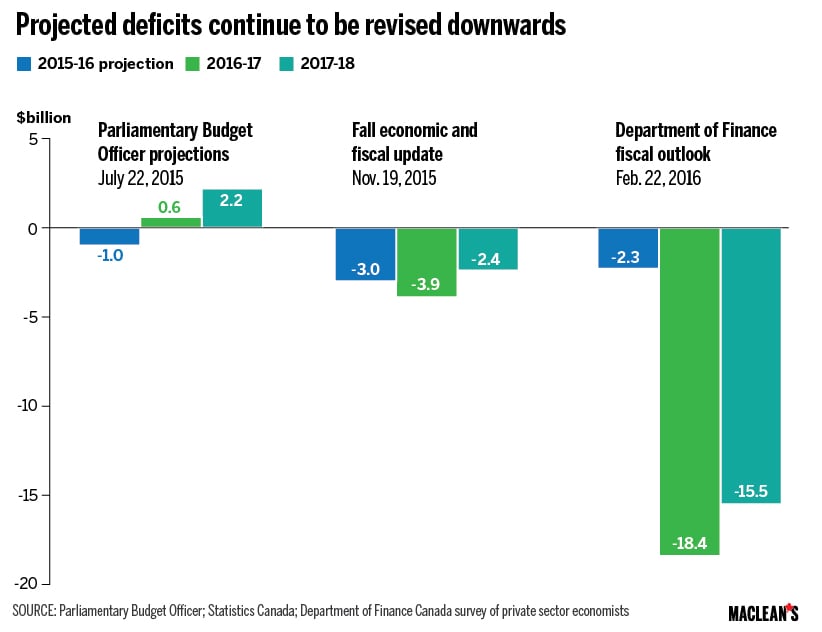 It’s no secret that the plunging price of oil has had a nasty effect on Canada’s economic prospects—and it’s gotten even worse since Morneau’s fiscal update last November. 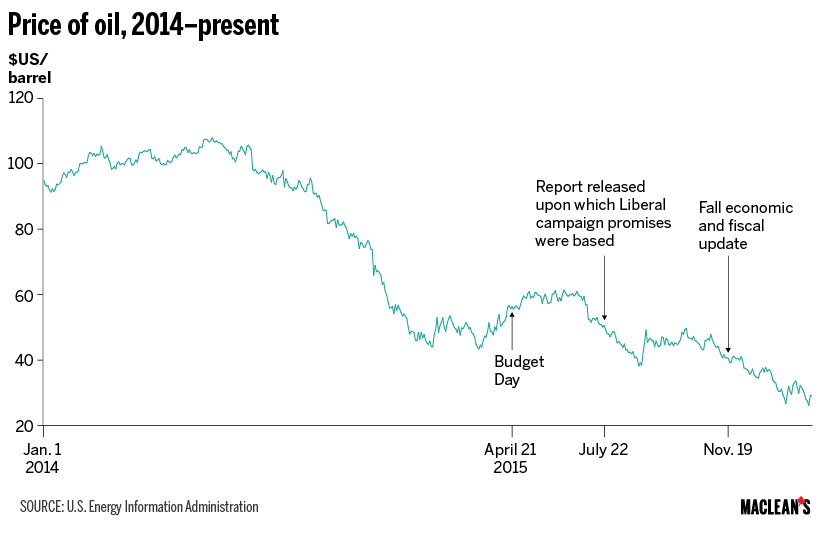 Kevin Milligan points out that all of this troubling data means the Liberals will likely break three key election promises on fiscal issues: a limit to $10 billion on annual deficits; a balanced budget by 2019; and a declining debt-to-GDP ratio every year in the government’s first term. Whatever the political price of those broken promises, writes Milligan, we needn’t worry too much for Ottawa’s long-term financial stability. It’s the provinces that are in real trouble.