Canada's housing market was the fastest rising in the world, just a few months ago. Now we’re claiming the opposite title. 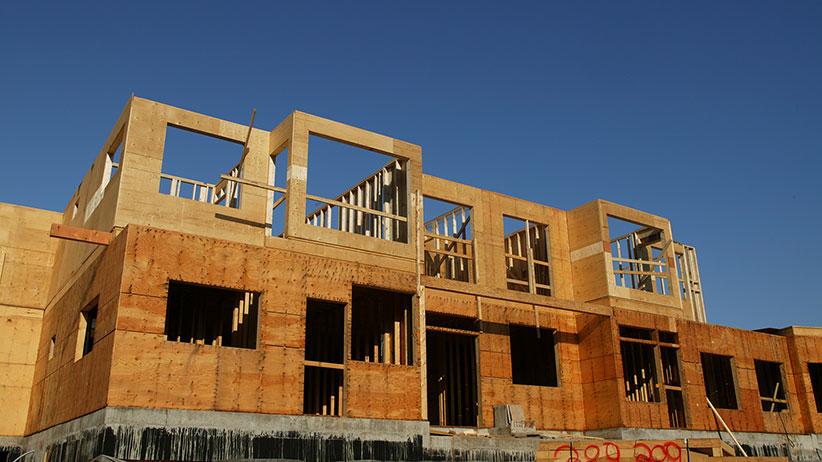 Canadian real estate prices were the fastest rising in the world, just a few months ago. Now we’re claiming the opposite title, as the market explores where prices should be. Newly released Federal Reserve Bank of Dallas (the Dallas Fed) numbers, show a decline in home prices for the third quarter of 2017. This is the first time in over five years that Canadian real estate prices have declined for a quarter. Despite the quarterly drop, prices still remain significantly higher than the year before.

The Dallas Fed publishes home price indexes for academics and researchers. Today we’ll be looking at their Real House Price Index (RHPI). It’s the same concept as the HPI that Teranet and the Canadian Real Estate Association (CREA) produce. In fact, they actually use CREA data to create it. They also combine it with data from Royal LePage, Statistics Canada, and UBC. This helps them get a cleaner, and more comprehensive look at the general market.

The inflation adjusted score tracks the aggregate of urban markets across the country, and is updated quarterly. You won’t be able to use these numbers to determine how much you have to pay for your neighbour’s house. Instead, you should use these to get a better read on national home buying trends, and the economy in general. Housing is a very large industry in Canada, and a slowdown would ripple throughout the economy.

Canadian real estate prices dropped the most since the early 1990s, according to the the Dallas Fed. Real home prices, a.k.a. home prices adjusted for inflation, fell 3.8 per cent in the third quarter of 2017. The single quarter decline is the first drop since 2012, and the largest since the first quarter of 1991. This is the largest single quarter decline in the world according to the Dallas Fed’s global index. The second largest decline they observed was in Italy, where prices fell 0.38 per cent in the quarter. 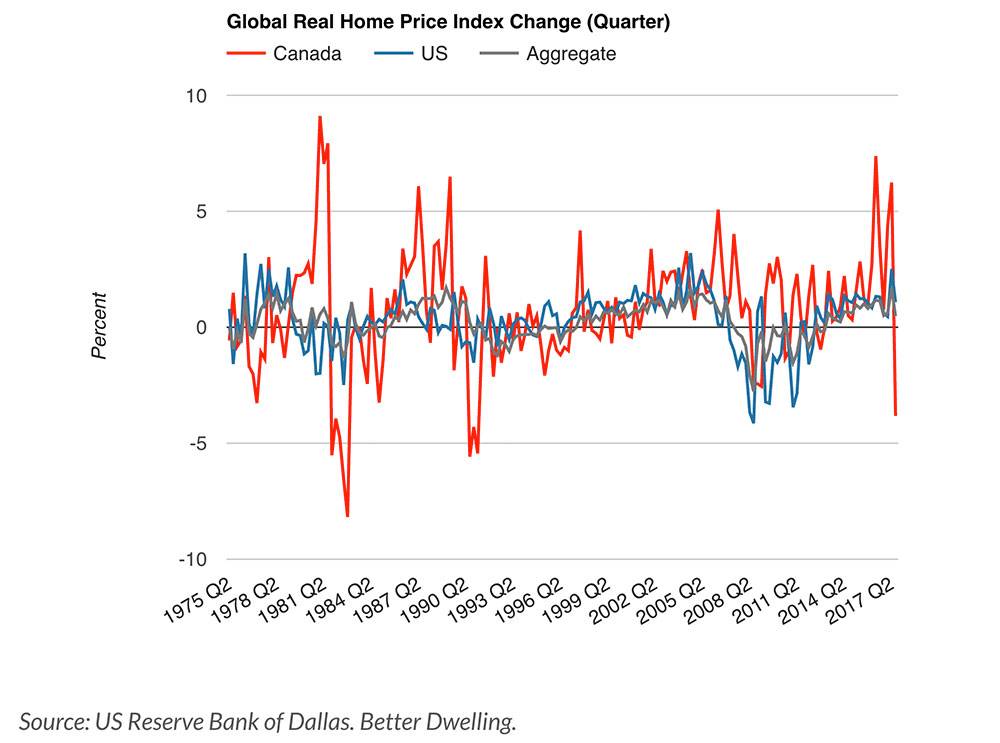 Despite the large quarterly decline, Canadian real estate prices are still much higher than they were a year ago. The index is up 7.4 per cent from the same quarter last year, almost twice as much as the aggregate index for other countries. The increase is quickly tapering from peak growth observed in the first quarter of 2017. The quarterly decline is significant, but even so, the market is outperforming many other markets. 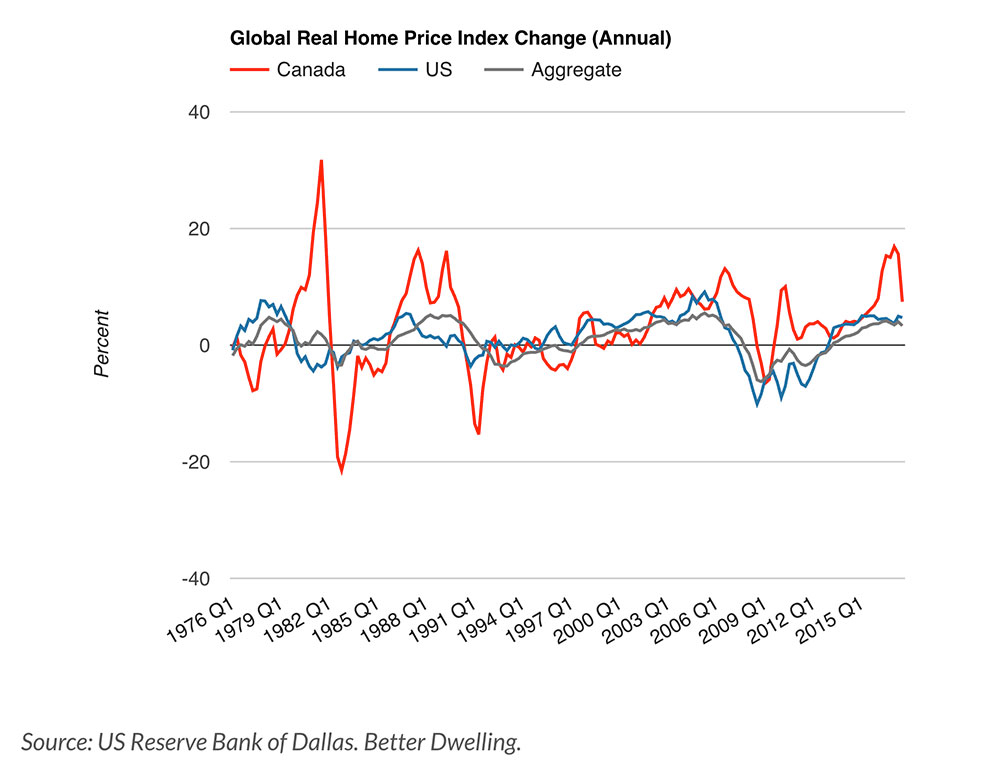 Remember that a single data point isn’t indicative of a trend, but the size of the decline is worth taking note of. This marks a break in the five year upward trend the country has seen, and might just be a breather, like in 2012. It could also be the beginning of a broad market correction, like that seen in 1990. The most interesting takeaway is this break occurred starting six months before OSFI mortgage rules were rolled out to cool conventional mortgage borrowing. The rule changes add significant uncertainty to the market, especially after prices are starting to look a little softer.