Could Alberta pass Quebec to become the second-largest province?

By population? Possibly. By size of economy, it's pretty much already there. 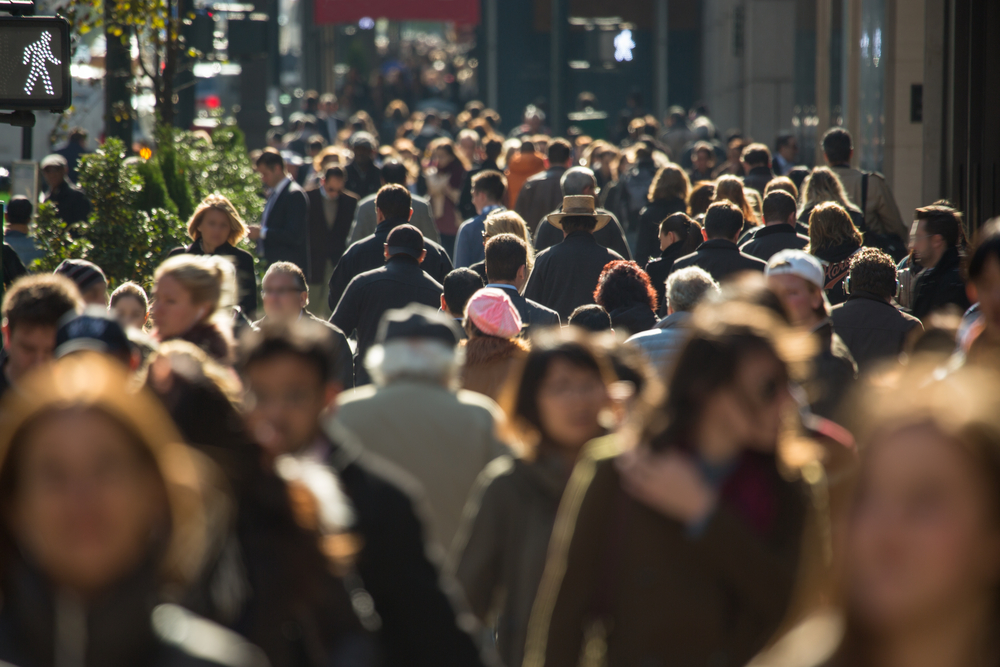 Most of the facts and figures that come out of Statistics Canada quantify things that have happened in the past—the economy grew by X, crime levels fell by Y and mushroom production rose by Zzzzzzzzz—but the agency grabbed its crystal ball today and looked into the future, to how big Canada’s population might be in 50 years.

As with all guessing games, this one is fraught with uncertainty, subject to assumptions about how many people will immigrate to Canada, where they’ll move to, and who’ll be having the most babies. StatsCan addressed this by establishing seven growth scenarios, with five medium-growth scenarios bracketed by low- and high-growth forecasts. It then applied those scenarios to all the provinces. To give you an idea of the range of possibilities, Canada’s total population, now at around 35.2 million, is expected to rise to anywhere between 40 million and 63.5 million by the year 2063.

When discussing population projections for the individual provinces, the agency restricted its time horizon to 25 years.

This chart is an exercise in cherry-picking growth scenarios. And because StatsCan cut off its provincial forecasts at 2038, there’s some highly unscientific extrapolation involved. But if sluggish Quebec proceeds along a low-growth population trajectory, and Alberta grows at the high-growth rate, Alberta could indeed claim the number 2 population spot in Canada sometime in the early 2050s. 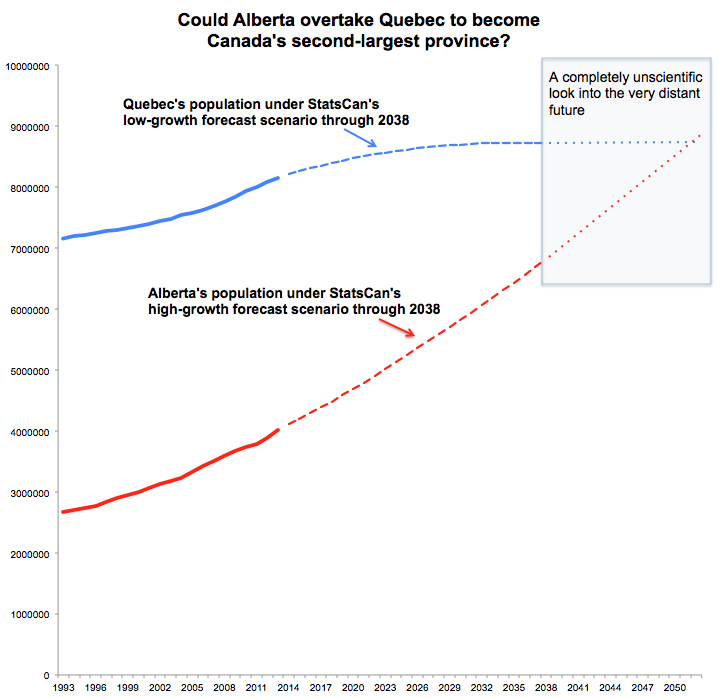 But population growth is one thing. When people talk about provincial rankings, there’s a good chance they’re referring to the size of their economies, as opposed to how many folks live where. It’s certainly the metric any politician boasts about first, come election time. So, to take our Quebec-Alberta match to the next level, here’s another look into the future, this time using 10-year GDP growth rates. Will Alberta’s economy overtake that of Quebec? Barring some pretty massive changes in provincial fates, that could happen as early as 2016, some three decades before Alberta’s population ever catches up to Quebec’s—which pretty much says everything you need to know about how grim the economy is in la belle province. 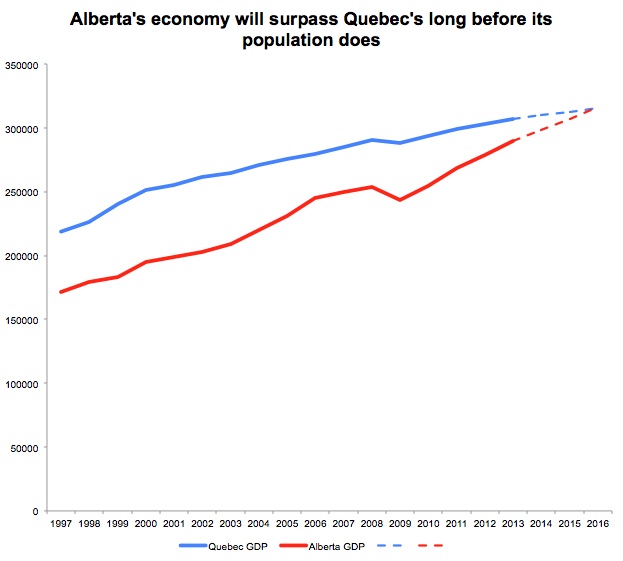