Did you hear the one about Ontario growing faster than China? 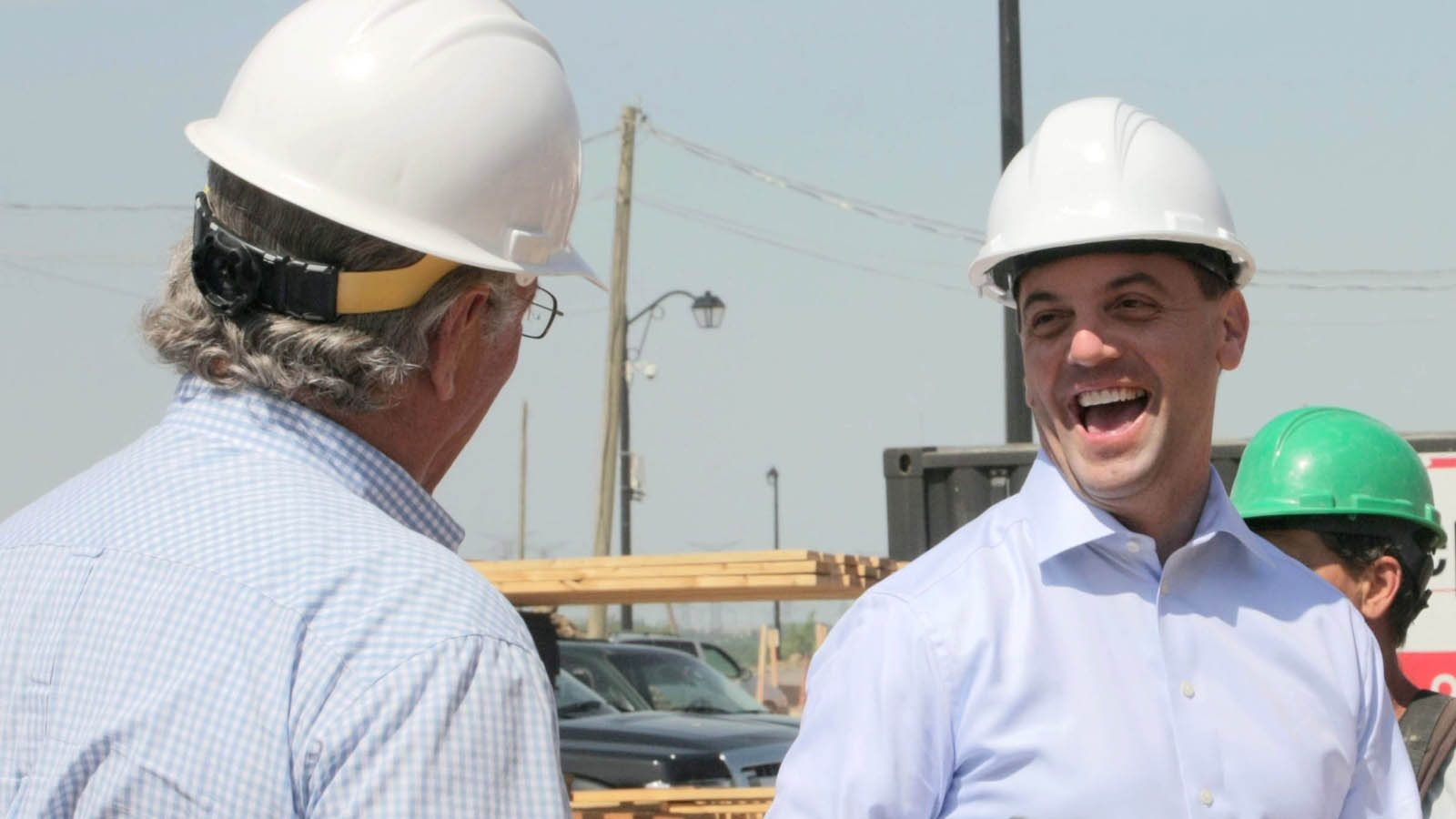 When you find yourself in a hole, stop digging.

The Ontario Progressive Conservatives decided instead to dig deeper with their bizarre defence of the numbers in the Million Jobs Plan. The statements made by their hired gun, Benjamin Zycher, are problematic and not only because they directly contradict what is in his report. Perhaps more importantly, if we take his new statements literally he is now predicting that installation of a Tory government will immediately cause the economy to grow at an absurd 10 per cent per year, five times the current rate by implementing only three-tenths of the Million Jobs Plan.

It is absolutely laughable to believe that Ontario’s economy will instantaneously grow faster than China’s just by simply enacting three policies. Of course, the Tories don’t believe it either, as it contradicts claims they make elsewhere. If this situation was a hot mess before the Tories decided to amplify their error, one can only imagine what it is now. A mountain of molten toxic waste, perhaps?

The calculation of annual GDP growth rates implied by Zycher’s statements is a little bit complicated. I can walk you through it.

On the final page (18) of Zycher’s report (I’ve embedded the full report below), the findings are summarized, which include results for corporate income tax and energy policy changes:

The proposed reduction in the corporation income tax would increase annual Ontario GDP by about $8.4 billion, and full-time equivalent employment by about 14,000. A reduction in feed-in-tariffs and other subsidies for uneconomic power that would reduce the Ontario power cost index to the average for Canada as a whole by about 5,000…

along with regulatory reforms:

… a regulatory reform that were to reduce the Ontario regulatory burden by adopting the best practices of leading provinces in Canada would increase GDP by $27 billion and total employment by about 10,600.”

Economist Mike Veall has a superb piece on the flawed methodology behind these calculations which led to the rather remarkable result that a single immigrant to Ontario is worth an extra $26 million in GDP. Despite the flaws in the numbers, we will take them at face value:

Note that these are only three of the 10 policies designed to increase employment in the Million Jobs Plan; I chose these three because figures for each are summarized on the final page of Zycher’s report.

The report is very clear that the equations in Zycher’s model have as a dependent variable the level of employment and GDP, not the growth of GDP. As such, we should treat both as total gains and not gains made each year. The quotes in the conclusion say nothing about per year, either; they are treated as totals. Despite this, Zycher has defended the Tory interpretation of the numbers that they represent gains made each and every year. The most generous interpretation here is that Zycher simply does not understand his own report.

For the sake of argument, though, we will assume that Zycher’s latest statements are correct and that these three policies will add $55.4 billion of additional GDP to the province each and every year. If we take the current forecasts for GDP growth from the 2014 budget and current Ontario GDP ($694 billion in 2013) and add an additional $55 billion for each of years 2015, 2016, 2017, we can generate projected growth rates from the Tory plan:

Modern developed economies simply do not grow at nine per cent per year for three consecutive years, but if we take Zycher’s claims literally, that is the result we are left with. And this is only using three of the 01 policies of the Million Jobs Plan. If the other items in the plan have a similar jobs-to-GDP relationship, the GDP growth figures for the three years are over 20 per cent each year.

Of course, no competent person can or does believe even a nine per cent annual growth rate is possible for Ontario, and the Tories’ own budget costing indicates that the party does not either. If real GDP were to increase at 10.3 per cent instead of 2.5 per cent in 2015, then the government should receive, at a minimum, an extra $6.6 billion in tax revenue thanks to economic growth (this calculation assumes that nominal GDP grows at the same proportion as real GDP; it is more likely that nominal GDP would rise even higher as such quick economic growth would be inflationary, pushing that $6.6 billion figure even higher). However, the party excludes this entirely from their balanced budget plan, which starts with the 2014 Liberal budget as a baseline for their forecast revenue:

This has been an incredibly disappointing week. Anyone can make an error; I know I have made enough of them. The right thing to do when confronted with a mistake is to own up to it, not to make a series of bizarre claims in defence then insult the profession of the people who correctly pointed out the error.

There is a great debate to be had on whether a corporate tax cut would be better for Ontarians than, say, the Liberal pension plan (which has its own problems). But in order to do so, we need to know basic things such as the units (jobs vs. person-years of employment) of the numbers we’re debating.