Does the Ontario NDP job plan add up? 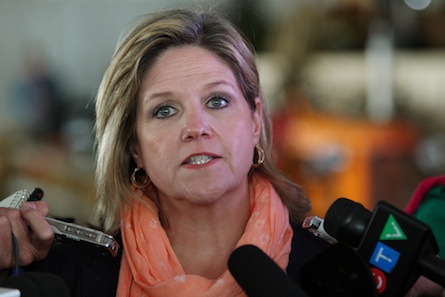 In the Ontario election, the NDP platform features a Job Creation Tax Credit as its major job creation policy. A similar promise was in the 2011 federal NDP platform, so this kind of tax credit seems to have become a regular feature of NDP policy as an alternative to corporate tax cuts. The Ontario NDP credit would see employers receiving 10 per cent of a new employee’s salary, up to a maximum of $5,000 per job. The proposal is costed by the Ontario NDP at $250 million per year and they claim it would create up to 170,000 jobs over its two-year run.

How would this Job Creation Tax Credit work? The six-page platform provides no further details, and I can’t find any background documents to assist those who want to dig in. NDP Leader Andrea Horwath has mentioned a proposal of the Obama administration as a model, so we can begin by turning to the U.S.

The success of a new-job tax credit is a matter of debate in the U.S. Those who don’t like tax credits worry that the credits get paid for too many jobs that would have appeared even if there had been no credit. In this case, a lot of money gets spent but nothing changes. On the other hand, those who like the tax-credit approach argue there are enough new jobs created by the tax credit to justify the expenditure.

Could this kind of tax credit actually create an additional 170,000 jobs? Over the two years of the plan, that would be 85,000 jobs per year. To get a sense of whether the 85,000 jobs count is reasonable, I calculated the average annual growth in employment in Ontario as 66,700 over the 10-year period from 2003 to 2013. So, if the NDP’s Job Creation Tax Credit creates the projected 85,000 jobs per year it would more than double the rate of net job creation relative to the 10-year average. The NDP projection may be reasonable—but without seeing the math behind their claim I cannot be sure.

The estimated costs of the scheme also need a look. The average annual earnings of a worker in Ontario in 2011 was $41,700. A 10 per cent credit would therefore come in at $4,170 for the average job. With 85,000 new jobs the sum would be about $350 million per year. However, with the payout for any one job capped at $5,000, the average credit would be less than $4,170. For example, if the average credit were $2,941 you would get exactly the $250 million budgeted by the NDP. This seems reasonable, but to get that number you must assume that the credit is only paid for the 85,000 net new jobs created directly by the tax credit, and not for any other new jobs that would have appeared anyway.

And that is a problem.

Without a crystal ball you can only see that a new job exists, not whether it would or would not exist in an alternate universe without the tax credit. You could make employers fill in a form to plead their case about whether the job would be there without the credit, but this would be complex to administer and it would be hard to detect if someone is telling the truth. It seems likely the credit would be paid not just for the net new jobs directly created by the tax credit, but for all net new jobs. This expands the cost of the credit substantially.

American economists Timothy J. Bartik and John H. Bishop analyzed a similar job-creation tax credit in 2009 and found that for every additional new job created by the credit, about eight jobs that would have been created anyway also received the credit. (I should note these two economists were strong advocates for the tax credit, not against it.)

If that same 8:1 ratio held in Ontario, the cost of paying the credit for workers who would have been hired even without the new credit adds an additional $2 billion, bringing the total bill to $2.25 billion. It is possible that design features of the Ontario NDP proposal might allow the credit to be targeted more efficiently than the 8:1 ratio in the American analysis. However, without the crystal ball needed for perfect targeting it seems likely the cost could come in substantially above the $250 million listed in the NDP platform.

The math behind the Progressive Conservative Million Jobs Plan captured much attention in the past few days of the Ontario campaign. Voters deserve solid information to make their choices, so I think voters would be best served if the other parties in the Ontario election started showing their math as well.