With its birth rate in decline and an aging population, the U.S. economy faces headwinds that could be worsened by Trump's plans to restrict immigration 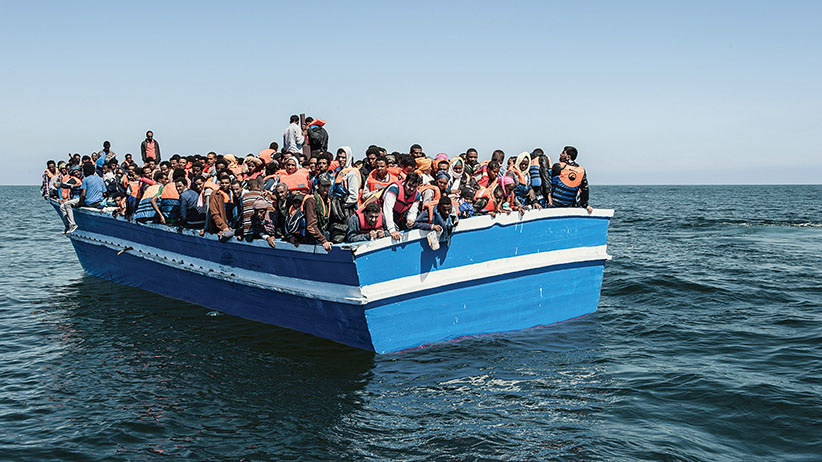 Donald Trump has never had a problem with procreation. With five children of his own, plus eight grandchildren, the Trump family tree has done its part to contribute bodies to America’s labour force.

But not every family has a self-described billionaire father, and for many Americans the recent recession coincided with a noticeable decline in the country’s fertility rate, from which it has yet to recover. In 2007, there were 2.12 births per woman, but by 2014 it had fallen to 1.86 births per woman, which puts America below its replacement-level fertility rate of 2.1.

“The main reason for falling birthrates has always been that children are expensive,” says Steven Philip Kramer, author of The Other Population Crisis: What Governments Can Do About Falling Birth Rates. “If you have a decreasing number of children, your population declines short of immigration.”

But over the past year, president-elect Trump has promised to curb immigration, even once floating the idea of implementing a temporary ban on all Muslims entering the country. Though he has since stepped back from that pledge, many suspect immigration to the U.S. will slow under Trump. At the same time, the number of aging American Baby Boomers who are retiring has surged, creating an economic drag as the growth of the labour force slows.

All of which begs the question: if Trump hopes to keep his promise to grow the U.S. economy and make America great again, does he need to make America mate again?

The aging workforce is already showing up in sluggish U.S. growth. A recent paper released by the National Bureau of Economic Research examined 30 years of state economic growth and found that with each 10 per cent increase in the share of the U.S. population aged 60 and over, per capita GDP falls by 5.5 per cent. Given the pace at which America’s workforce is aging, it’s estimated that will push down annual GDP growth by 1.2 percentage points this decade, and by 0.6 percentage points from 2020 to 2030. “Immigration can offset these demographic forces to some degree,” the paper’s authors wrote, “but has not been of sufficient magnitude to reverse population aging.” That seems even less likely under Trump.

Demographers stress, however, that even if Trump stopped all immigration‚ it would take a successor with a similarly hardline anti-immigrant mindset before population growth rates became dangerously worrisome. “If the border were closed, it’s not as if the number of births in the United States would be dramatically affected in the short term,” says Kenneth Johnson, a demographer at the University of New Hampshire.

Adds William Frey, a demographer with the Brookings Institute: “By 2030, [America’s] median age is going to be 40. Even without immigration for the next 10 years, it wouldn’t change much with the age distribution. But 20 years [without immigration], that would make an impact and we’d age much more rapidly.”

To be clear, America’s demographic squeeze isn’t a problem the Trump administration alone could solve. People having more babies in the next four (or eight) years isn’t going to impact the size of the labour force (barring a very extreme reduction in the regulations governing the use of child labour). But when it comes to America’s economic future, what happens over the next four years will have an impact.

So what can a Trump administration do to address declining birth rates? Some flashy ideas already attempted elsewhere include Russia holding a “National Day of Conception” where couples received time off work and could win prizes like a fridge or washing machine for having kids. As Denmark grappled with its own aging population crisis, a travel company had an ad asking Danes to take a vacation to procreate with the tagline: “Do it for Denmark.”

But with money as a prime deterrent to having kids, Kramer points to policies in countries like Sweden and France which addressed declining birth rates by offering tax benefits, publicly funded child care, paid maternity leave, plus a guarantee that if a woman takes maternity leave, she’ll get her job back.

“If you really want to have a pro-natalist population policy, you would have to start doing those things,” he says. “But that’s where the problem lies: very few Republicans are interested in expanding the welfare state. If you want to cut the role of government, you can’t start spending more money on children.”

While slowing labour force growth is one thing, Americans need not worry about an overall population decline any time in the near future. Even if all immigration were cut off entirely for the next 50 years, the country’s population would still increase, albeit very slightly, from 324 million to about 338 million by 2065, according to Pew Research Center estimates. With immigration, however, America’s population is projected to hit 441 million in fifty years.

That might sound like a massive increase of immigrants, but it would only be a continuation of how America got to where it is today.

In fact, Trump knows many people who are part of that 72 million quite well: his kids Donald Jr., Ivanka, Eric, Barron, not to mention all of Trump’s grandchildren.