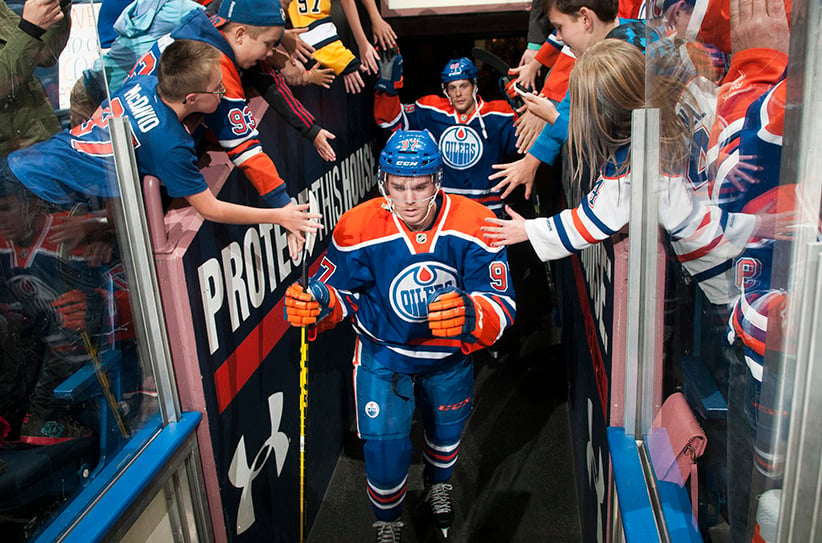 More importantly, Canadian companies are spending again. A separate release from the Bank of Canada suggests business confidence is as strong as it’s been at any point since the end of the financial crisis. More than 65 percent of 100 companies surveyed by the central bank said they intend to hire over the next 12 months, a record.

Why it matters: The data help explain why the central bank suddenly appears so anxious to raise interest rates. Growth is strong, which means inflation is coming.

The trend: Monthly GDP contracted four times in 2016 as growth sputtered. But as of April, the economy had expanded six consecutive months, posting larger-than-usual gains in three of them. That has executives believing again. Business investment had been extraordinarily weak, as the collapse of oil prices in 2014, and then worries over what U.S. President Donald Trump could mean for trade killed confidence. The Bank of Canada’s latest quarterly Business Outlook Survey indicates sentiment has turned for the better. Intentions to purchase machinery and equipment held at their highest levels since 2011 for the second quarter in a row.

Glass half full: Of the two reports, the Business Outlook Survey is the most important because the central bank relies on it to get a sense of the future. Signs of elevated investment intentions are huge, because they have been sadly lacking since the end of 2014. Executives reported a big jump in sales, and they say they are confident the orders will continue to pour in over the next 12 months. The hiring figures are astonishing, given the economy already has been adding jobs at an impressive rate for more than a year.

The GDP report contained a nugget for those of you who complain about subsidizing sports teams might want to consider. The “arts and entertain” category surged in April because five of six Canada’s professional teams made the National Hockey League playoffs. The category grew 2.8 percent from March, the fourth gain in five months. The increase from a year earlier — when no Canadian teams made the NHL playoffs — was among the biggest on record. 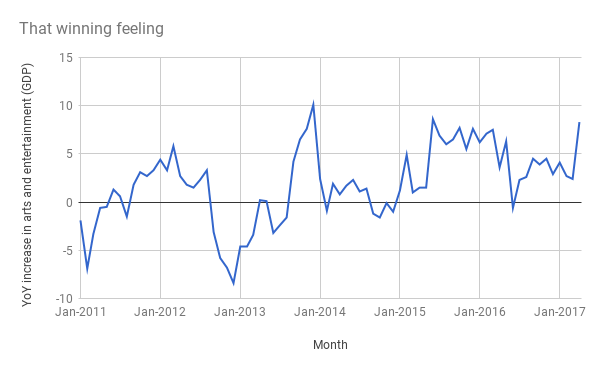 Glass half empty: Manufacturing remained volatile, slumping 0.9 percent, offsetting the 1-percent increase in the previous month. Executives told the Bank of Canada that they are steadily using up spare production capacity, and some report that labour costs are rising. Yet a big majority of respondents see inflation staying below the central bank’s 2-percent target. This will add to conundrum over weak inflation, as expectations of where prices are headed are an important factor in the Bank of Canada’s policy decisions.

Bottom line: Conditions are changing fast and the latest data will add another kick to shifting expectations. Bank of Nova Scotia, Bank of Montreal, and National Bank are among the Bay Street institutions that changed their interest-rate forecasts this week, advancing their calls for the first increase in seven years to Bank of Canada’s policy announcement on July 12. (Yes, that’s less than two weeks away.) The dollar has surged, and interest rates have jumped. Bank of Canada officials sparked this frenzy by stating they thought the interest cuts of 2015 have done their work. The numbers keep backing them up. Expect more to join the July parade.