The relative calm of markets during the first week of September brought a welcome end to a thoroughly rotten August. For several days, investors rediscovered their inner bulls, largely on reports that U.S. Federal Reserve officials are warming to the idea of buying even more government bonds to try to stimulate the economy.

But there is a wide gap between the sense of optimism that was on display and what’s happening on the ground. Unemployment remains high, with no sign of healthy job creation on the horizon in the U.S. There is still no lifeline in sight for those whose mortgages are underwater (and who couldn’t refinance even if rates keep dropping). The body of evidence suggests that the economy is teetering on the edge of another downturn. In Canada, it has already slipped into reverse as exports fell—a warning sign of what’s happening beyond our borders.

So what might a new round of so-called quantitative easing do to tip the balance in the direction of growth? If the last round, dubbed QE2, is anything to go by, probably not a heck of a lot. Launched in 2010, it sought to add $600 billion into the U.S. economy (on top of the $1.7 trillion added during QE1 to halt the 2008 financial crisis). For awhile, markets soared thanks to all the cheap money available. There were also hopes that the benefits would spill over and translate into lower interest rates, more lending and eventually more spending by businesses and home buyers.

That didn’t happen. The confidence boost from rising stock prices wasn’t enough to overcome America’s bigger economic problems: unemployment and slow growth. QE2 has also been blamed for driving up commodity prices, pushing up the cost of fuel and food. And there’s no reason to think it’ll be any different this time. 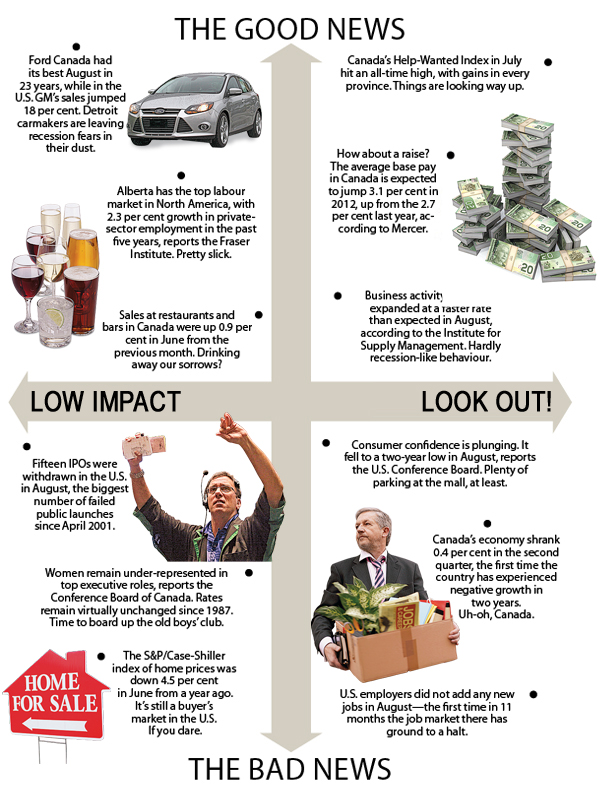 Signs of the times: