For Atlantic Canada it's decision time on carbon pricing 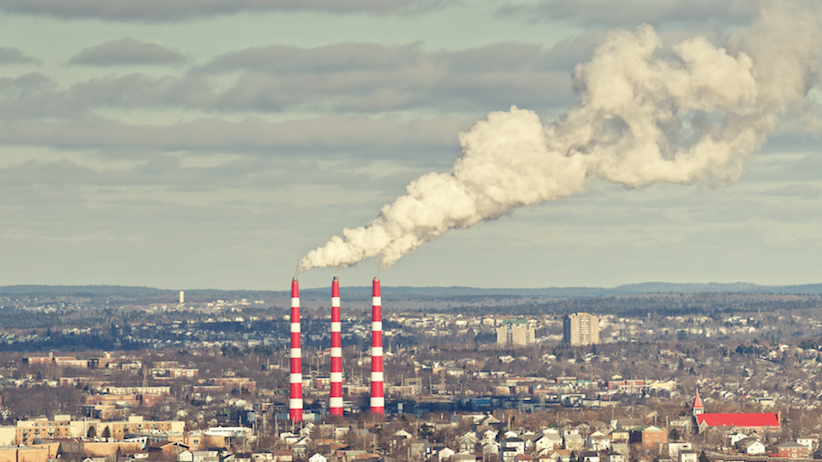 Carbon pricing is coming to the Atlantic provinces. They are part of the Pan-Canadian Framework on Clean Growth and Climate Change (PCF), which kicks in by 2018 and requires carbon pricing across the country. This is a good thing: a decade of experience in Canadian provinces shows that carbon pricing can reduce GHG emissions and maintain healthy economic performance—as long as the policy is well designed.

The PCF provides flexibility for provinces to choose their own carbon pricing system, creating room for different approaches: a carbon tax in B.C., cap-and-trade systems in Ontario and Quebec, and a hybrid approach in Alberta. This is practical; since provinces have different emissions profiles and economic challenges, it makes sense to tailor these policies to each province.

But taking advantage of this flexibility doesn’t mean that anything goes. At Canada’s Ecofiscal Commission, we advocate policies that are effective at reducing GHG emissions and cost-effective in creating the least economic disruption. We have three recommendations for Atlantic Canada.

1. Policy should be sufficiently stringent. Provinces are rightfully proud of their past successes in reducing GHG emissions, but additional policy actions will be required for the future. Prince Edward Island has supported renewable electricity. And its low-carbon electricity means that fewer emissions remain to be covered by carbon pricing. But such early actions don’t justify building a weaker carbon-pricing system—the PCF is sensibly based on principles of broad, consistent carbon pricing moving forward.

2. Policy should apply broadly. Applying the carbon price to only a narrow set of emissions means that not every emitter has incentives to cut them. The narrow application also means that potentially low-cost actions are left unrealized, thus raising the overall costs of the policy. Newfoundland and Labrador recently increased the provincial gas tax, effectively pricing the associated carbon emissions. But the many emissions that come from other sources shouldn’t be ignored. A broader pricing policy is more effective and more cost-effective.

3. Policy should consider the unique challenges of small provinces. The Atlantic provinces’ small economic size makes them a little different. Cap-and-trade systems, in particular, do not function well in small markets. Nova Scotia is proposing a cap-and-trade system that, unlike the one in Quebec and Ontario, doesn’t allow for permit trading with other provinces or states, thus keeping the relevant market smaller than necessary. As a result, Nova Scotia’s permit buyers might find it difficult to find a seller, and vice-versa, and that could mean costly spikes in the carbon price. Significant new entrants to the market—say a large, liquefied natural gas facility—would exacerbate those price spikes.

These three recommendations still allow policymakers plenty of room to manoeuvre. In particular, they have options for how they price carbon emissions.

First, they could join Ontario, Quebec, and California in the Western Climate Initiative, a robust cap-and-trade system with many traders and a stable market for permits. Joining the WCI would help the Atlantic provinces reduce overall costs by allowing inter-jurisdictional permit trading.

READ: The cost of carbon pricing in Ontario and Alberta

Second, they could implement B.C.-style carbon taxes, with the tax rising to $50 per tonne by 2022, along the guidelines of the PCF. A key advantage of a carbon tax is its administrative simplicity. And since this policy sets the price of carbon, it creates certainty around carbon costs and negates any concerns around price spikes.

Finally, they could accept the federal “backstop” policy (which looks much like the Alberta hybrid policy). The backstop has the advantage of explicitly protecting the competitiveness of domestic industries by providing targeted and transitional support. And it draws on federal resources for the analysis required to do so.

These three alternatives are actually more similar than they appear. In particular, each generates revenue to be “recycled” inside the province, with many options available. The revenue could be used to ensure low-income households aren’t adversely affected. Or it could support remote communities in their transition away from a reliance on heating oil. Or it could be used to attract new investment by reducing income taxes.

What’s the bottom line? The Atlantic provinces have several options when it comes to carbon pricing. But for the good of the Atlantic economy, attention needs to be paid to the policy details, including stringency, breadth of coverage, and the form of revenue recycling. But time is of the essence, and the rest of the country is watching with interest.