Is it time to ditch the GDP as a measure of growth?

Measuring the nation’s growth and progress by GDP is deeply flawed. But is there a better way? 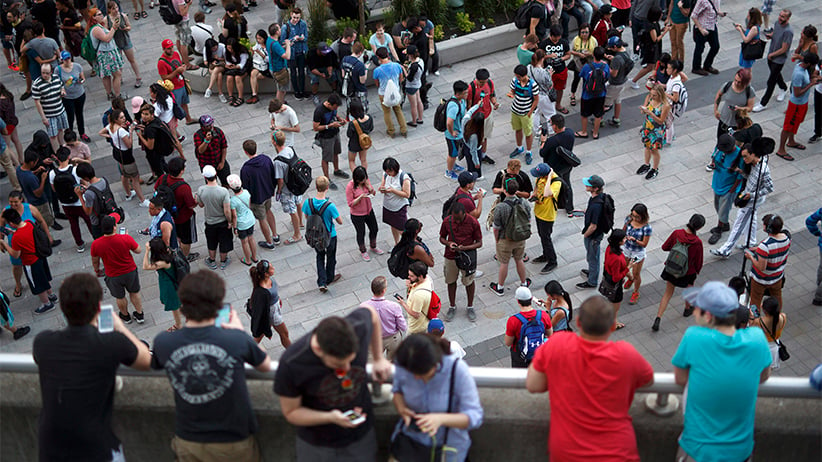 The Pokémon Go craze has been described as an example of how ‘current estimates of GDP, productivity and living standards could be understating the truth.’ (Cole Burston/CP)

In economics, as in life, the simplest questions are often the most difficult to answer. Dirk Philipsen, an ethicist who teaches a history of capitalism course at Duke University, discovered that eight years ago when a student asked him the following: how do we know we’re on the right track? Philipsen launched into a discussion of GDP, or gross domestic product, the widely used measure that sums the dollar value of all goods and services produced within a country’s borders. But the words sounded hollow. After all, he thought, how can a measure that ignores gaping wealth disparities, dwindling natural resources and a deteriorating environment profess to be leading us toward a desirable outcome?

Feeling unsettled, Philipsen spent the next several years studying GDP’s origins and how it came to define our thinking about economic growth and progress. To wit: political leaders now routinely point to positive GDP growth as evidence their policies are working, while critics cite slower than expected GDP growth as proof they’re not. “What most don’t understand is GDP is much more than a measure,” says Philipsen, who last year had a book published on the subject. “It’s the very definition of the economy today.”

The problem, of course, is there are plenty of economic activities GDP doesn’t measure, and many others it doesn’t measure well. An oft-cited example of the former is volunteer work and unpaid household labour. Government-provided services like health care and education have historically been another fuzzy spot. On the other hand, GDP dutifully catalogues all the extra spending that goes into mopping up disasters, making catastrophic accidents like BP’s 2010 Deepwater Horizon spill appear “good” for the U.S. economy.

Economists are among the first to acknowledge GDP’s limitations: it’s an indicator of market expansion, not people’s well-being. Environmentalists, meanwhile, warn that, in an era of climate change, the costs of relentlessly pursuing GDP growth—transforming trees into lumber, farmland into malls, fossil fuels into CO2—now outweigh the benefits. Even fans of unbridled capitalism have begun to question whether the post-2008 plague of stubbornly low economic growth may have something to do with the way GDP accounts, or fails to account, for a growing number of Internet firms like Facebook and Google who offer their services largely for free.

GDP is one of the world’s best-known three-letter acronyms, but for growing number of people, it’s fast-becoming a four-letter word.

At its most basic, GDP is calculated by tallying up all the spending and investment in a country, plus net exports. The resulting figure is then adjusted for inflation to make it comparable to previous years. But the further one scratches beneath the service, the more it becomes apparent that GDP is at best an educated guess as to what’s going on in the economy, as opposed to a hard-and-fast signal of how it’s actually faring.

To start with, the data collected for GDP calculations come from surveys and therefore necessarily contain a margin of error. The tricky part is making sure the goods and services being tallied are actually comparable to those of previous months and years. To take one familiar example: the iPhone 6 costs about the same as the iPhone 5, but boasts a bigger screen, a better camera, more memory and better battery life. GDP must take that extra value into account or else the progress won’t be measured. The valuation problem becomes even thornier when it comes to services like advertising or home-staging, which are fundamentally qualitative in nature and are often tailored to a client’s specific needs. Financial services are also difficult to measure, because prices are dependent on the performance of the products. All are potentially big issues for a country like Canada, since services now count among the fastest-growing sectors of the economy.

There’s also the growing problem of valuing services where little or no money changes hands—as is often the case online. CIBC chief economist Avery Shenfeld recently suggested the Pokémon Go craze was an example of how “current estimates of GDP, productivity and living standards could be understating the truth.” In a research note, Shenfeld said the phenomenon adds little to economic output even though the market cap of Nintendo swelled by billions literally overnight (although it subsequently lost many of those gains when it was revealed that it only had a partial interest in the wildly popular augmented-reality game for smartphones). Asked Shenfeld: “When it’s claimed that today’s median American family is worse off than one decade ago, do we really capture the benefits from the existence of the Internet, cellphones and other goods that couldn’t have been in the earlier consumption basket at any price?”

It’s an important question, and one that could go some way toward explaining why GDP growth has averaged just 1.4 per cent in developed economies since 2010, compared to an average of 3.6 per cent between 1985 and 2007. “The argument is the types of things we’re doing now with information technology just don’t show up in GDP because a lot of what we do on the Internet is free,” or very nearly so, says Philip Cross, a former chief of economic analysis at Statistics Canada who wrote a paper on the slow-growth economy for the Fraser Institute think tank last year. Case in point: a family that used to spend hundreds per month going out to the movies can now binge-watch all four seasons of House of Cards on Netflix in 30 days for less than the cost of a large popcorn. That family is clearly better off, but you would never know it by the GDP numbers.

The disconnect may also stem from the fact that GDP was never really designed to measure a modern economy in the first place. The idea was originally developed in the early 1930s by the Russian-born economist Simon Kuznets, who was commissioned by the U.S. government to come up with a better way to measure economic activity—and guide an increasingly interventionist government policy—than relying on shaky indicators like the stock market and railcar loadings. As such, GDP was geared toward measuring factory production that was relatively standardized and therefore easily counted. Not anymore. Cross says the trend toward product customization, from personalized drugs to plastic doodads squeezed from the nozzle of a 3D printer, threatens to make the task of calculating GDP maddeningly difficult because no two products will ever be alike.

Is GDP destined for the dustbin of economic history? Those who have been charged with its calculation aren’t convinced. “With technological change and the invention of new products, it’s sometimes harder to get a handle on what contribution they are making to your output,” agrees Munir Sheikh, the former head of Statistics Canada. “Having said that, the issue is whether the pace of technological change is different from what we’ve seen historically. Unless we see some evidence, it’s still quite a speculative idea.” He adds that even if technology is having a long-term negative impact on GDP growth, the change from quarter to quarter or even year to year is probably negligible. Cross similarly doubts the problem is one of mismeasurement. He points out that while the Internet has slashed or even eliminated the price of entertainment, people have historically enjoyed many leisure activities that didn’t cost much money, including taking solitary walks in the park and spending quality time with family members who weren’t perpetually distracted by Twitter.

That doesn’t mean the way we calculate GDP in Canada is problem-free. Sheikh says he tried mightily as head of StatsCan to shift limited resources away from collecting data about the country’s shrinking manufacturing sector—more than 300,000 jobs have been shed in Ontario and Quebec over the past decade—so the agency could spend more on tracking the boom in services and trade. Complaints immediately rolled in. “We couldn’t stop producing manufacturing data,” he says. “So that meant we didn’t have resources to spend on a sector actually expanding in size.”

For the most part, however, Sheikh believes GDP’s shortcomings tend to balance each other out. The value of the Internet economy may be understated in GDP calculations, for example, but the omission is offset by artificial inflations in other sectors like financial services, which ballooned in the run-up to 2008 thanks to risky, unsustainable products like mortgage-backed securities. A bigger problem, says Sheikh, it’s that the public and politicians now place more importance on GDP growth than it probably deserves. U.S. economist Joseph Stiglitz even has a term for the phenomenon: “GDP fetishism.”

That’s why people like Philipsen want more focus on alternative metrics—and soon. He prefers the genuine progress indicator, or GPI, which also takes into account social and environmental factors. Needless to say, it paints a much different picture of what we currently consider to be healthy economic growth. Oil-rich Alberta’s GDP, for example, grew by 500 per cent between 1961 and 2003, according to a report by the Pembina Institute. By contrast, its GPI performance declined over the same period as the booming province experienced growing wealth disparity, increased household debt, more greenhouse gas emissions and a spike in problem gambling, among other things. Similar comparisons done for Canada and the U.S. show the two measures tracking each other up until the 1950s, when GDP takes off and GPI begins to flag. “People assume that doing anything different from what we do now is not realistic,” says Philipsen, when asked about the odds GDP will ever be scrapped. “But I keep pointing out: the only thing less realistic is to keep doing what we’re doing.”