If he were alive today, could Sir Isaac Brock turn around RIM? 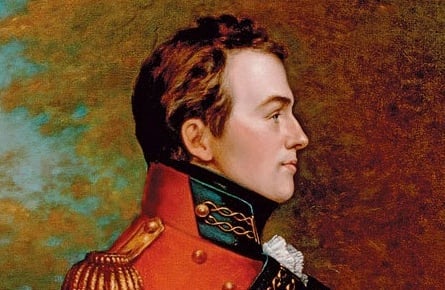 He repelled two American invasions and likely saved Canada in the process. But if he were alive today, could Sir Isaac Brock turn around RIM? Or put a positive spin on the oilsands?

From Julius Caesar to George S. Patton, great soldiers have been enlisted to teach business about leadership skills. So on the eve of the 200th anniversary of the War of 1812, what lessons does Maj-Gen. Brock have for the modern executive?

If accomplishing the improbable is the mark of a great leader, Brock fits the bill. At the outbreak of war between the United States and Britain, Brock had barely 1,000 regular troops with which to defend all of what is now Ontario, against an army more than 10 times the size. “No one expected a successful defence of Upper Canada,” explains historian Wesley Turner, author of the recently published The Astonishing General: The Life and Legacy of Sir Isaac Brock. A quick military defeat would have shifted skeptical native and civilian opinion to the Americans, he points out, and everything west of Kingston, Ont., could have been lost within weeks.

But Brock refused to concede defeat early or easily. “Most of the people have lost all confidence—I however speak loud and act big,” he wrote to his superior early in the war. He met the American threat with a combination of positive thinking, careful planning, communication, collaboration and, when necessary, bold action.

Besides strengthening fortifications and improving discipline prior to the war, Brock created a state-of-the-art military courier system throughout the colony. When Congress declared war on June 18, 1812, Brock was thus able to quickly communicate with all his troops. In fact, British soldiers on Lake Huron captured the strategic U.S. fort at Mackinac Island before its defenders even knew war was on. Consider it first-mover advantage.

This initial victory was a surprise on both sides of the border and allowed Brock to cultivate new allies, in particular Shawnee chief Tecumseh. Brock realized lack of manpower was his greatest weakness, and the addition of Tecumseh’s warriors greatly strengthened his hand. His co-operation with the native leader could be considered one of the most important strategic partnerships in Canadian history.

Brock worked assiduously to build up the militia and earn the support of settlers as well, further solidifying his tenuous position. “Military leaders tend to be blunt and aloof. Brock, on the other hand, always seemed to know the right thing to say,” says Turner. “He was an extremely skilled politician.” Never one to hunker down at headquarters, Brock was an active leader, constantly inspecting, touring, inquiring—demonstrating to everyone that he had their best interests at heart. His common touch and willingness to lead from the front was repaid in the colony’s loyalty and respect.

Brock also made the most of competitive intelligence. Along with Tecumseh, Brock rushed to Detroit in August to meet the invading army of U.S. Brig-Gen. William Hull. From Hull’s intercepted correspondence, Brock learned of the American general’s fear of native warfare and quickly put this knowledge to use. He dared Hull, safe inside his fort with a superior force and weeks’ worth of supplies, to surrender or face the wrath of Tecumseh’s warriors. The U.S. troops capitulated without firing a shot.

Two months after his success at Detroit, Brock met another American attack at Queenston Heights, near Niagara Falls. He was killed leading a charge to retake the crucial high ground. That U.S. incursion failed as well, and with it hopes for a quick triumph over Canada.

Brock refused to accept defeat as inevitable. He realistically assessed his own weaknesses, took steps to remedy them and ruthlessly exploited those of his enemies. And when decisive action was necessary, he was always at the front. His brief but inspirational leadership altered the entire war and preserved a nation. Of course, modern-day students of his career will wish to avoid the heroic death.