The way rules are written, the real winners will be lawyers and tax-professionals 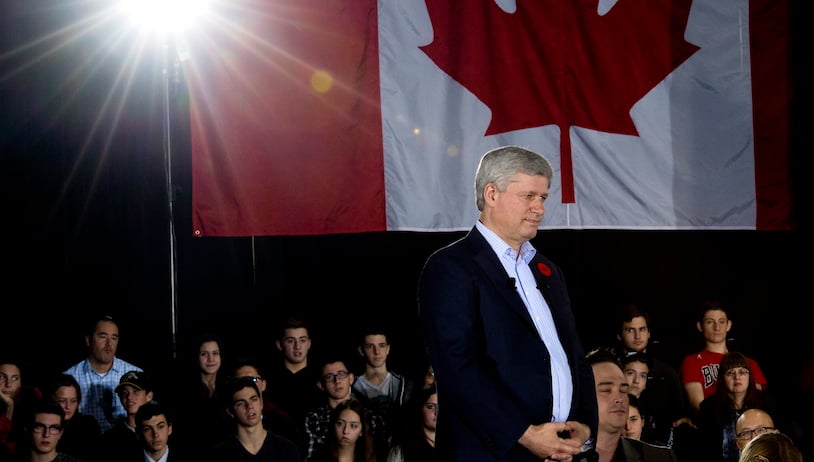 Today Prime Minister Stephen Harper announced a massive change to the way we assess and collect income tax in this country.  In 2011, the Conservative Party platform promised “the Family Tax Cut” that would give “spouses the choice to share up to $50,000 of their household income, for federal tax-purposes,” when the books were balanced, at a cost (they projected) of $625 million in this fiscal year and $2.5 billion in the next.  The platform argued income-splitting would “ensure that the federal income tax system respects and supports the choices that families make.”  Fun-fact: the only other federal party to promise income-splitting in 2011 was the Green Party.

Today’s announcement could have been much worse for provincial Finance Ministers. Through some fancy footwork, Finance officials have managed to shoehorn something that works kind of like income-splitting into a non-refundable tax-credit.  This means that provincial treasurers don’t have to follow suit.  Years ago provinces stopped calculating their tax rates as a percentage of federal taxes but they kept the federal definition of taxable income (line 260 of your tax return). This change doesn’t muck with that because it kicks in to reduce the federal taxes payable, not the income on which those taxes are calculated.

The plan the Prime Minister has unveiled still lets him use the “promise made, promise kept” rhetoric that is a mantra for governments seeking re-election.  But while consistency can be important, today’s announcement is not great policy. Over the coming months, I’m not sure this will prove to be good politics either.  Here’s why.

Although the wording of the Ways and Means Motion was almost impenetrable, it looks like the income-splitting will work a bit like this: First, taxpayers have to figure out if they meet the eligibility criteria (based on family status).  Next they work out the difference between their income and their spouses before other non-refundable credits.  Then they work out the difference in their federal taxes if they were to transfer up to $50,000 in income to the lower-income spouse.  Finally they claim the lesser of that and $2,000 from their federal income taxes.  Complicated stuff.  Really complicated.  Both spouses, by the way have to file a return.

For couples who are separated, divorced and/or recoupled and who share custody of children, who qualifies as “the couple with kids”? One child can’t be used to justify two couples splitting their incomes in two different homes–none of the other federal child credits work that way.  But the Notice of Ways and Means Motion just uses generic language about “normally resident,” leaving it up to interpretation according to individual circumstances. Don’t forget, when child support is being paid, the incomes between the custodial parents have already been “split,” just not through the tax system.  Family lawyers, sharpen your pencils.  This could get messy.

I think the real winners today could be lawyers and tax-professionals.

Because the credit is non-refundable, it can’t actually get you a tax refund.  If, for example, after all your other deductions and exemptions you owed $1,800 in federal income tax, even a claim at the full meal deal value of $2,000 still just leads to $0 in federal taxes, not $200 back.  New non-refundable credits don’t do much for families who already have very low taxable incomes.

The announcement today also cancelled the Child Tax Credit (CTC), which is that $2,000 per child ($2,234 this year) non-refundable credit (so really only 15 per cent of that) that the same Conservative government had introduced in its first budget first budget, back in 2007. You have to have something in the order of six children to get a true $2,000 value out of that credit. Still, cancelling one non-refundable credit and introducing another means that the maximum $2,000 in income-splitting for a one-child family, is actually more like $1,670 net and that number goes down with more kids.  That CTC, by the way, could be claimed by single parents.  The proposed income-splitting can’t.

It sounds like couples can claim the new income-splitting credit, but they don’t have to. The United States gives married couples a similar choice on income-splitting by letting them chose between filing together or filing separately.  Looking at recent tax statistics from the Internal Revenue Service, about 68 million returns were filed jointly by couples (including 19 million single-earner couples) and another 69 million Americans filed separately.  Why do only some file jointly?  The answer: higher incomes.  Couples with one earner who opt to file a joint return have by far the highest average incomes at $65,000—compare that to average incomes of single filers at just $29,700.  When given choices, tax-payers walk with their feet and the ones in nicer loafers know to head straight for income-splitting.

Most people have presumed the imagined target audience for income-splitting are male-female couples with kids where one spouse is staying home while the other works full-time.  But, at the median, this family isn’t likely to get anything out of income-splitting. There are 672,000 male-female couples with kids where only the husband works.  They have a median income a little over $40,000. [i]  When gender roles reverse (another 254,000 families), female-breadwinning couples with kids have a median income even lower, at $33,000.  In neither case will the “average” of these family types get any real benefit from splitting when they’re already in the lowest bracket.  The additional money from the Universal Child Benefit and Childcare Expenses Deduction won’t change that.

As a feminist, I actually think it’s really important to recognize the value of all the unpaid production done in households. There’s an amazing scene in The Women’s Room [ii], when the main character presents her husband with a huge bill for the market value of all the services she provided as a stay-at-home spouse during their marriage: childcare, cleaning, personal shopping, gardening, personal chef and more.  If we were serious about recognizing the value of at-home unpaid production, we probably couldn’t afford it.  Today’s proposal on income-splitting says that all that work is worth no more than $7.69 per day.[iii] Worse, this proposal tells lower and modest-income couples with kids and single-parent families that all their unpaid production isn’t worth anything at all.

Jennifer Robson is an Assistant Professor at Kroeger College, Carleton University. Her teaching and research are in the areas of public policy and political management.  She lives in Ottawa with her partner and three kids.