How Donald Trump is dividing Canada

Opinion: By targeting issues where regional tensions in Canada already exist, the president has struck upon a tactic that could help the U.S. in the NAFTA talks 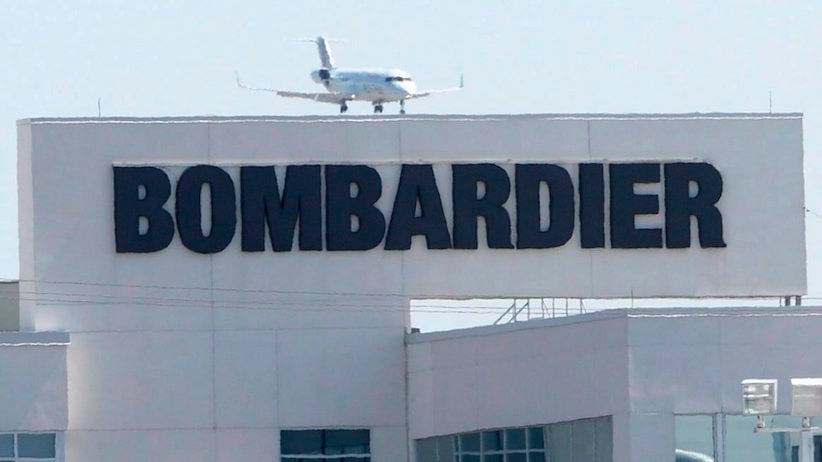 In order for Donald Trump to satisfy his definition of a win, Canada must lose.

The president insists his bottom line when it comes to trade is narrowing the wide gap between U.S. exports and imports. Trump could entice the world to buy more stuff, but he rarely frames the deficit that way. He wants to impede imports, thereby preserving a greater share of the American market for Americans. Trump calls it “fair trade,” a euphemism for managed trade through quotas, tariffs and the like.

“After my tour of Asia, all Countries dealing with us on TRADE know that the rules have changed,” Trump tweeted on Nov. 13. “The United States has to be treated fairly and in a reciprocal fashion. The massive TRADE deficits must go down quickly!”

Canada’s trade negotiators know they are in tough as they gather in Mexico City for the fifth round of talks on overhauling the North American Free Trade Agreement this week. The stakes are high: The loss of preferential access to the U.S. could result in the loss of $20 billion in annual economic output, according to recent estimates by economists at Royal Bank of Canada. Foreign Affairs Minister Chrystia Freeland likes to say that the U.S. actually has a trade surplus with Canada when goods and services are combined. That was true in 2015 and 2016. But trade flows appear to be shifting: the U.S. ran a deficit with Canada over the three most recent quarters for which data are available, according to the U.S. Census Bureau.

READ: If Nafta dies, all hell will break loose

Martin Moen, the director general at Global Affairs Canada who oversees North American trade policy, told a conference in Ottawa earlier this month that it would be “very difficult to see a path forward” for NAFTA if the U.S. continued to insist on changes that would constrain cross-border commerce, such as a the suggestion that the value of U.S. government contracts won by Canadian and Mexican firms should match the value of contracts American companies secure in Canada and Mexico.

Given all this, you’d think Canadians would rise in unison against such a threat to the system on which so much of their wealth depends. Foreign Affairs Minister Chrystia Freeland did put together a NAFTA advisory council that includes two former Conservative cabinet ministers, Rona Ambrose and James Moore, and Brian Topp—yes Brian Topp, the former chief of staff of Rachel Notley, the New Democratic premier of Alberta. But the mood around Canada’s showdown with the Trump administration over trade isn’t exactly like the gold medal games in hockey at the Vancouver Olympics, is it? The U.S.’s choice of targets—softwood lumber, dairy, Bombardier, and even NAFTA itself—are sore points for many Canadians. It was probably unintentional, but Trump may have arrived at a divide-and-conquer strategy that will complicate Prime Minister Justin Trudeau’s efforts to maintain broad support for his resistance to the U.S.’s protectionist onslaught.

As always, the cracks in Canada’s united front are regional.

When Atlantic Canada’s biggest lumber company, J.D. Irving Ltd., was assessed a duty of only 3 per cent, the Chronicle Herald described the sanction as an “opportunity” for the company to gain market share at the expense of its more heavily taxed Canadian rivals.

Meanwhile, in Western Canada, news that the U.S. wants Canada to dismantle its system of supply management for dairy brought them to their feet. “Our hypocrisy is astounding when we then insist on ultra-protecting this small part (only 6 per cent) of our agriculture sector,” Martha Hall Findlay, president of the Canada West Foundation and a former Liberal member of Parliament, wrote in the Globe and Mail. “The Americans are right to call us out on it.”

Trudeau, like his predecessors, says the higher prices that result from supply management save the federal government from having to match the farm subsidies doled out by most other countries. They aren’t buying that argument Out West, either. “Producers like to brag that supply management is not costing any tax dollars,” Senator Colin Kenny wrote in the Calgary Herald. “However, by all accounts, they have found a way to cut out the government middleman and pick the pockets of middle class families directly.”

And then there’s the Trump administration’s attack on Bombardier.

The Montreal-based maker of planes and passenger trains employs more than 60,000 people around the world and is a rare example of a Canadian company with global reach. It also is a totem of crony capitalism, benefiting from billions of dollars in federal and provincial subsidies over the years. The latter matters more to most of Canada’s leading editorialists than preserving a national champion in advanced manufacturing.

Eric Reguly at the Globe and Mail told his readers that they needn’t worry about the U.S. duties ruining Bombardier. “The company’s failure is unthinkable,” he wrote on Oct. 6. “Taxpayers will come to the rescue once again, whether or not they want to.” It didn’t help that Calgary-based TransCanada gave up trying to build a pipeline to New Brunswick from northern Alberta at about the same time. The decision likely was based on forecasts for weaker oil prices, but many in the West blamed Trudeau for doing too little to clear the path of regulatory hurdles.

And yet there was the prime minister, characterizing Boeing’s commercial dispute with Bombardier as an assault on Canada itself, and threatening to cancel an order for 18 of the company’s Super Hornet warplanes. “Boeing’s challenge is an authentic business decision, yet Ottawa seems untroubled about once again playing Sir Galahad, not only intervening on Bombardier’s behalf, but also putting the problem-plagued effort to buy new fighter jets on the line, solely for the benefit of a privileged Quebec family and the people they employ,” Kelly McParland wrote in the National Post.

Maybe none of this matters. Newspapers barely have any readers left, so perhaps bitter and cynical columnists are speaking to empty rooms? Public support for the Trans-Pacific Partnership spiked early this year, at about the same time that Trump pulled the the U.S. out of the trade arrangement. Some Canadians appear to have concluded that the right side of any debate is the one in opposition to the American president.

But it’s difficult to shake the feeling that Canadian society is teetering next to the same ledge that tipped America into its current state of vitriol. Finance Minister Bill Morneau insists he got into politics to help people, and I have argued that he has a decent story to tell about the state of Canada’s economy. It has improved dramatically on his watch, and the finance minister deserves some of the credit. Yet few have anything positive to say about Morneau these days. The positives of his first two years in politics have been swamped by his star-crossed attempt at tax reform and his failure to put his personal assets in a blind trust. Four in 10 Canadians want a new finance minister, and a majority say they think the government’s economic policies mostly benefit the rich, according to a poll published this week.

Some economists put a lot of weight on “social trust,” which essentially is the degree to which societies get along with their fellow citizens. Countries with high levels of social trust tend to do well; they are happier, healthier and richer. Even casual observers of global affairs will be unsurprised to learn that social trust in Britain and the U.S. is in decline. According to work by the British government’s Behavioural Insights Team, Canada is at a tipping point; we’re not yet stuck in the mire, but we aren’t safely clear of it, either. Canada’s level of social trust is higher than a lot of countries’, but it is declining.

And at this delicate moment comes a test. Trump is pressing our buttons as frustration with Trudeau and his cabinet is at its highest. It is right and good to debate the merits of Canada’s approach to farm policy, public subsidies of big companies, and anything else. Let’s just remember who is representing our interests and who is bent on making us losers.