How exactly did Ontario Liberals balance the budget?

Kathleen Wynne's government promised to restore fiscal balance not by raising taxes, but by cutting spending and growing the economy. How'd they do? 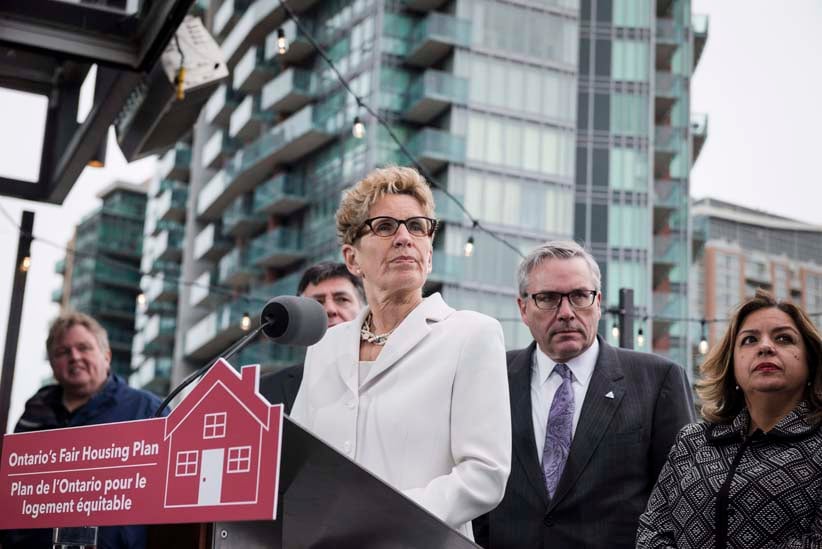 Three years ago, voters returned Premier Kathleen Wynne to power in Ontario. One of the key issues of the campaign was the state of the province’s finances. A month earlier, the government had presented a budget to the legislature proposing to return to fiscal balance over four years following a long string of post-financial crisis deficits. The opposition claimed more drastic measures were needed and heaped scorn on the left-leaning Liberals’ ability to actually achieve fiscal balance. However, voters decided to give Premier Wynne a chance and now, three years later, we can hold her government to account. How well did they deliver on the promises (and projections) they made? 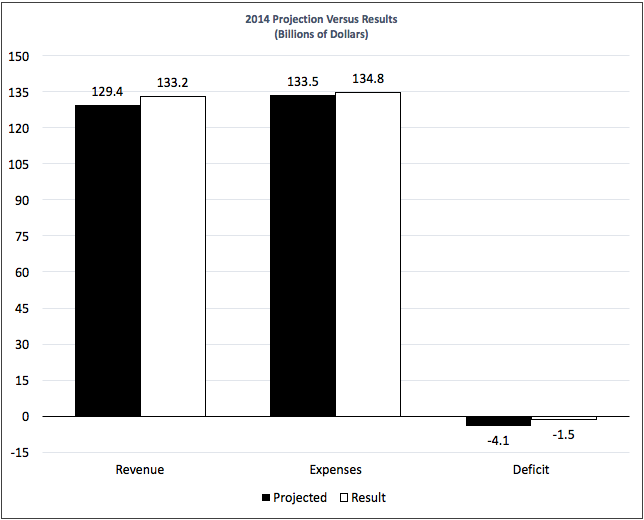 Predicting the course of government revenue and spending over three years is no easy matter. Even without policy changes, uncertainty about medium-term economic growth can play havoc with revenues. The need to respond to emergencies or unexpected requirements for spending make predictions even riskier. Working in government’s favour is the ability to adjust from year to year, so that it can change the path of spending if revenues dictate. The Liberal government’s strategy was simple, albeit politically challenging: be tough on spending while allowing revenue to grow with the economy until fiscal balance was restored four years later.

With three years of experience to judge, how did the government do in its projections and promise to restore fiscal balance? As we see in the chart above, revenues came in slightly higher than projected at $133.2 billion for growth over three years of about 15 per cent. Expenses were also higher, albeit by a smaller margin at $134.8 billion for growth of 6.6 per cent. The result was a deficit of $1.5 billion compared with the $4.1 billion projected three years earlier. All indicators point to a return to fiscal balance in 2017-18 as promised back in 2014.

Did the government stick to its strategy to restore fiscal balance? To answer this question we need to look at two statistics: revenue per dollar of GDP (a measure of the aggregate provincial “tax rate”) and program spending per person. Over the period from 2013-14 to 2016-17, revenue per dollar of GDP remained constant at 16.7 per cent. On the program spending side, expenditures per person rose from $8,542 in 2013-14 to $8,853 in 2016-17, an increase of just over one per cent per year (e.g. less than the rate of inflation). Thus, the numbers confirm that the government relied largely on spending restraint and economic growth rather than aggregate tax increases to restore fiscal balance.

Why is it important for governments to meet their commitments and for citizens to hold them to account for doing so? By being accountable, governments establish credibility, and credibility is a valuable public policy asset. When citizens believe that governments will do what they say, they do not have to wait to see how things turn out before making changes to their own behaviour. Credibility reduces the disruption caused by policy changes and helps citizens to plan their personal affairs. These days, when it is tempting to dismiss everything politicians say as untrustworthy, the credibility built by delivering on fiscal promises helps focus debate on the outcomes of alternative policy choices rather than whether governments will actually follow through on their promises.

The reasons that citizens support one party or another at election time are often complex, and delivering on fiscal promises is only one of the things to consider. That said, the evidence regarding fiscal policy is clear. When it was elected three years ago, the government promised to restore fiscal balance after many years of deficits. Today, Ontario’s finances are back on track.