How the federal budget will affect families 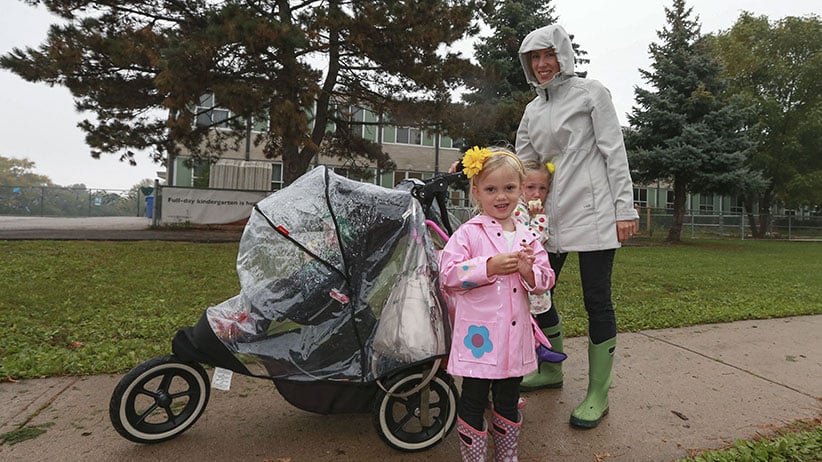 This article was originally published at MoneySense.ca.

On Tuesday, Federal Finance Minister Bill Morneau stood up in the House of Commons to table his first federal budget. While the big numbers will grab the biggest headlines (and it doesn’t get much bigger than that $29.4 billion deficit), many families wonder just how this budget will affect them. Here are six key changes that will impact Canadian parents:

No. 1: The introduction of the Canada Child Benefit

An example: Under the current system, families with one child and with annual earnings of $30,000 would receive $4,852, after tax, if their child is under age six, or $3,916 if their child is aged six to 17. Under the Canada Child Benefit, these low-income families could see $6,400 per child under age 6 and up to $5,400 per child per year for children aged six to 17. As such, most Canadian families will see an average increase in child benefits of almost $2,300 starting this year.

The Liberal rationale, as outlined in Budget 2016 is that “Canada’s existing child benefit system is complicated, consisting of a tax-free, income-tested Canada Child Tax Benefit with two components (the base benefit and the National Child Benefit supplement) and a taxable Universal Child Care Benefit received by all families, regardless of income.”

It adds: “It is a system that is both inadequate (it does not provide families with the support they need) and not sufficiently targeted to those who need it most (families with very high incomes receive benefits).”

According to the Liberals, nine out of 10 families will receive more in child benefits than under the current system. Some examples:

Increased Benefits for a Family With One Child Eligible for the Child Disability Benefit
Marion and Jacques have one child, aged four, who is eligible for the Child Disability Benefit. Marion earned $40,000 and Jacques earned $20,000 in 2015. Marion and Jacques would have received $5,129 under the current system (for the July 2016 to June 2017 benefit year). Instead, they will receive $7,030 in tax-free Canada Child Benefit payments, a net after-tax increase of $1,901.

These additional child benefits include:

Read: The winners and losers of the Canada Child Benefit

No. 2: A reduction in the middle-income tax bracket

According to Budget 2016, nearly nine million Canadians will benefit from this tax cut, which took effect Jan. 1, 2016.

The Liberals also made good on their promise to introduce a new 33% tax bracket for people who earn more than $200,000 each year.

Read: 25 ways the federal budget will affect you

No. 3: An increase in child disability benefits

“To recognize the additional costs of caring for a child with a severe disability,” Budget 2016 will continue the Child Disability Benefit but add an additional amount of up to $2,730 for each child who is eligible for the Disability Tax Credit.

No. 4: The elimination of income splitting for couples with kids

Income splitting for couples with children under age 18 will be eliminated.

While not referenced in the Budget document this is in direct reference to the prior Conservative government’s introduction of the Family Tax Credit, which allowed couples to income split and save up to $2,000 in taxes each year.

No. 5: No more fitness or arts tax credits for kids

Currently, families can get a tax credit of $150 and $75 per child through Children’s Fitness and Arts Tax Credits (up to $1,000 and $500 in eligible expenses, respectively). These will be eliminated. The justification for this is an attempt to simplify the tax code and better target support for families with children.

But the elimination isn’t immediate nor retroactive. Instead, expect a 50% reduction of the maximum eligible expenses for the Children’s Fitness and Arts Tax Credits in 2016, and a complete elimination of both credits by 2017.

No. 6: An investment in childcare

The Liberals want to invest $500 million to establish a National Framework on Early Learning and Child Care, starting in 2017 ($100 million of this is earmarked for Indigenous child care and early learning on reserve). This will facilitate how provinces address childcare needs.