How the government wants to trick us into saving more

Never mind the hypothetical cuts to OAS, Ottawa's got some actual pension measures before Parliament 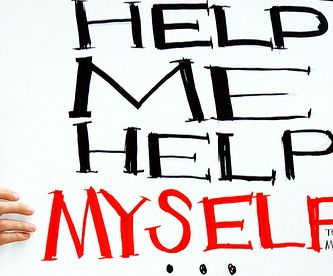 According to how economists have long imagined us, the way we plan for retirement works somewhat like this:

Now, many of us have little to do with this picture-perfect rational saver: We don’t know how to figure out how much money is enough; we’ve had so many temp jobs before landing the steady gig that it was impossible to plan (or so we tell ourselves); we have an instinctive aversion to payroll withdrawals; and we forever postponed filling out the paperwork to enrol in our company’s pension plan.

That’s why the Harper government’s new pooled registered pension plans are set to include an auto-enrollment feature. We’re talking about bill C-25, which lays out the federal government’s vision of PRPPs and–unlike anything to do with Old Age Security–is the pension reform measure that’s actually before parliament right now. PRPPs are voluntary pension schemes aimed at the 34 per cent of Canadians–mostly self-employed and small business employees–who have no workplace pension. Under the government’s proposal, contributions would be pooled (allowing for lower administrative costs) and managed by private financial institutions.

While employer participation in a PRPP is voluntary, the employees of a company that opts in are automatically enrolled. They may choose to opt out of the plan, but no one will ask permission to sign them up. That little trick, Ottawa believes, will be enough to boost the number of Canadians with a retirement savings account. There’s plenty of evidence to support this view. In the U.S., after Congress modified the rules around 401ks to favour automatic registration, the number of Americans saving through that type of retirement account grew dramatically, reaching almost 90 per cent in some companies. New Zealand and Australia have played around with auto-enrollment as well, with similarly staggering results. And the U.K. is currently in the process of rolling out similar automated schemes.

All of these pension reforms–and Ottawa’s own bill, the Department of Finance confirmed–are based on research from the increasingly popular field of behavioural economics, which recognizes that many people in many circumstance don’t act like rational actors. Behaviourists have been drawing up economic models that seek to incorporate factors that may muddle our rationality, such as instincts, myopia, inertia and laziness, and they’ve helped design a number of public policies that play off of those irrational tendencies to nudge us towards certain desired behaviors. Automatic enrollment for retirement accounts is just one example. The Obama administration, for instance, used behavioural economics to package its 2009 Making Work Pay tax credit in a way that was supposed to make Americans spend, rather than save, the extra money (judgment is still out on whether this one worked).

Needless to say, libertarians call policies like pension plans with auto-enrollment paternalistic. On the other hand, one could easily argue that if we can’t behave like rational adults, maybe we do need a nanny state. Policymaking has always consisted of dreaming up schemes to channel collective behaviour toward certain desired outcomes. And in Canada, the government already uses automatic deductions to fund the Canada Pension Plan and OAS payments are funded from general revenues.

Yet, when it comes to making people save for retirement, there may be a happy medium between paternalists and libertarians: simplifying the way people enrol in a pension scheme. Studies where individuals were served with a simple enrollment form with a few predetermined options for contribution rates and asset allocation showed increases in participation of up to 20 percentage points , says James Choi, an associate professor of finance at Yale University. Admittedly, that’s not quite as much as with auto-enrollment, which can boost registrations by up to 50 percentage points. But simplified enrolment, says Choi, allows people to choose the savings option that best serves their needs and preferences, whereas participants in auto-enrollment systems tend cluster around one default option that can’t possibly serve, say, a young household as well as it does a couple close to retirement. Boris Palameta, senior research associate at the Social Research and Demonstration Corporation adds that automatic enrollment has also been associated with low savings rates: “If the path of least resistance is to stay in a plan at a certain, pre-set, default contribution rate, people will usually do that, and it may not be to their advantage, especially is the default rate is pretty low, which it usually is.”

Moreover, automatic enrollment may not be the best approach in the case of companies with a high employee turnover, notes Choi. In Australia, for example, the Superannuation Guarantee system requires employers to withhold nine per cent of employee earnings to be channeled towards retirement savings, but 20 per cent of individual accounts, each holding an average of $2,000, have become abandoned property because people switched jobs without leaving so much as an email address behind.

Even in the U.S. there are signs that the impact of auto-enrollment on participation rates may be leveling off somewhat, possibly because workers eventually opt out and employers that match employee contributions become concerned about the costs of high enrollment, says Palameta. “The States are a pioneer in this, and I guess they realized some of the shortcomings too,” he notes, adding that “they might have to do some tinkering with the automated nature of the system.”

In Ottawa, meanwhile, automatic enrollment has at least one enthusiastic supporter: financial institutions. Econowatch needn’t tell you why.