How the rest of the world limits foreign home buyers

There's little agreement on what, if anything, should be done about foreign home buyers in Canada. Here's what some other countries have done. 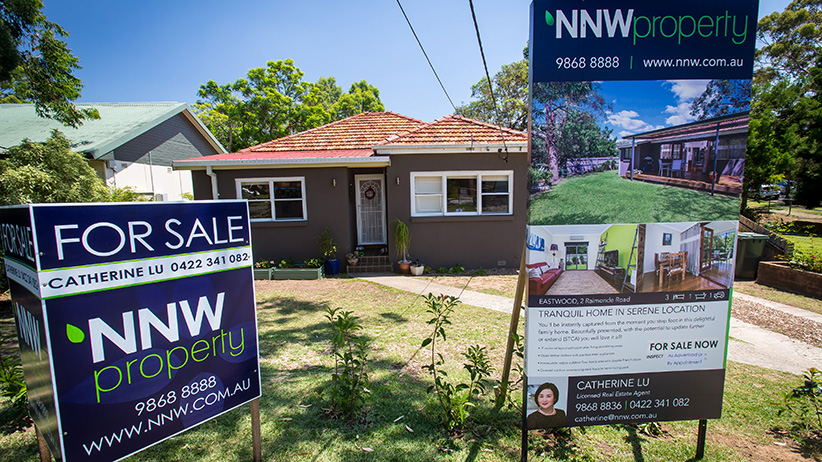 A “For Sale” sign stands on display outside a house in the suburb of Eastwood in Sydney, Australia, on Saturday, Jan. 11, 2014. Purchases by locally resident Chinese and those from mainland China are inflating housing bubbles in and around Sydney, where prices in some suburbs have surged as much as 27 percent in the past year. (Ian Waldie/Bloomberg/Getty Images)

As house prices in red hot markets like Toronto and Vancouver soar, squeezing out first-time buyers, many have blamed the influx of foreign home buyers for driving up prices. To that end the government of British Columbia, in its 2016 budget, included a promise to track foreign home ownership by requiring all those who buy a home in the province to disclose their citizenship. While the goal is to determine the impact foreign investment has on home prices, the government stopped short of saying what, if anything, it would do with the information.

So what are some options? Here are nine ways other countries and regions (plus one province) have tried to manage foreign investment in local real estate markets.

Mexico: Foreigners can purchase property in the country’s interior region, but are unable to directly buy inside Mexico’s “restricted zones”—a prime area encompassing 100 km from the country’s borders or 50 km from the coastline. However, there are ways to work around the regulations with the fideicomiso, which is essentially a trusteeship in which a Mexican bank holds the deed to the property for the buyer. (A constitutional amendment to ease these restrictions passed the government’s lower house in 2013, but has yet to pass in the Senate.)

Switzerland: The Swiss government imposes annual quotas for how many homes can be sold to foreign non-residents in the country’s various cantons. Some regions have their own additional restrictions, which could include limiting the size of the property, requiring foreigners to buy homes that are already foreign-owned or setting the bar for non-Swiss at one property per family.

Guernsey: An island located between Britain and France, Guernsey has a two-tier housing market: the local market and the open market. While there are no controls on who can buy in either, only qualified residents can live in local-market housing (meaning foreigners can buy those homes but can’t live in them). If non-qualified residents want to own and live in a home, they must buy one of the 1,597 private dwellings on the open market, which typically are much more expensive. The Open Market Housing Registrar is presently closed, so no new properties are being added to the list.

Thailand: While foreign nationals can own a house in the country, they aren’t permitted to own the residential land the home sits on. Foreigners can also own a condo, so long as at least 51 per cent of that building’s units are Thai-owned.

Australia: Non-resident foreign buyers must generally buy new homes or new apartments, or they build on vacant land for residential development, so long as the development is completed within four years. Foreigners living temporarily in the country can buy an existing home, so long as they live in it and sell the property once their visa expires.

Philippines: Foreigners can own a home in the country, but they can’t own the land on which it’s built. In terms of buying condo units, that’s permitted so long as the amount of foreign-owned units doesn’t exceed 40 per cent.

Singapore: In addition to an 18 per cent property sales tax, foreigners can only buy a condo unit or apartment without first getting government approval.

Prince Edward Island: Yes, P.E.I. is part of Canada, but when it comes to limiting foreign buyers, it shares more in common with other countries. Non-residents—and this applies to Canucks living outside the province too—are limited to five acres of land or 165 feet of shoreline.