The NDP is right. Higher-income earners will benefit more from the Liberal tax cut plan than the middle class 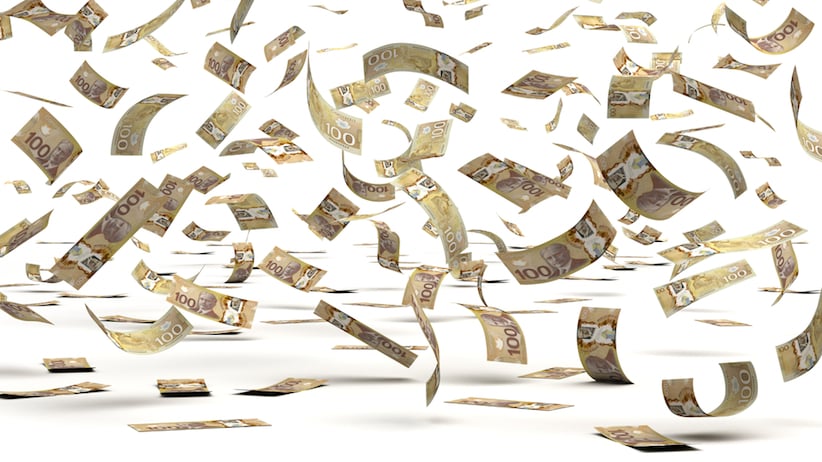 The income tax side of the Liberals’ recent policy announcement has two features:

The Liberals are presenting this as a tax cut for the middle class, and it is often referred to as a ‘tax cut for those earning between $44,401 and $89,401.’ But here’s the NDP’s response:

The election is more than five months away, and I suspect that we’ll be seeing this back-and-forth more than once between now and then. So instead of listening to repeated rounds of he-said-she-said, it’s worth taking some time to work through the mechanics of the proposal.

Here is what the current system looks like, as set out in the 2014 federal tax guide (the thresholds in the Liberal announcement are those in effect for 2015):

And this is what it looks like when you graph taxable income against federal tax paid:

The Liberals are proposing to reduce the tax rate for the second bracket:

This pivots the red segment down:

So if this rate cut had been in place for 2014, there would have had to be some other changes:

The introduction of a new bracket at the top adds a new segment:

Shifting the green and mauve segments down means that for taxable incomes below $200,000, the proposed schedule lies below the existing one. And even though taxable income above $200,000 is taxed at a higher rate, people just above that threshold actually see a tax cut: the reduction in the tax paid on the $44,701-$89,401 tranche more than offsets the tax increase on the tranche above $200,000.

It’s hard to see much daylight between those two lines, so here’s a graph of the difference, expressed both in dollar terms and as a per cent of taxable income:

The question of how much of the tax reduction will go to which segment of the population requires data on the distribution of taxable income that I don’t have handy. But the NDP is quite correct to point out that a reduction of the tax rate for the second-lowest bracket also benefits people with much larger taxable incomes.