How to stop the rich from dodging higher taxes

Federal Finance Minister Bill Morneau has the power to change the tax system to make it harder for high earners to avoid taxes, but it's going to take political will 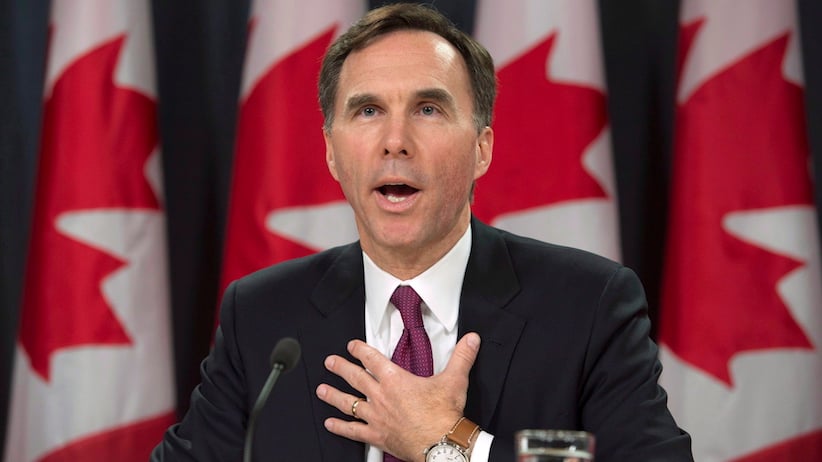 Finance Minister Bill Morneau will soon be implementing a new tax bracket that hits earners in the top one per cent with higher tax rates. Right now the highest federal rate is 29 per cent, but the Liberals promised to create a new bracket starting at $200,000 with a rate of 33 per cent, a boost of four points. Mr. Morneau faces a challenge with this tax policy. High earners have access to Canada’s best advice on how to avoid higher tax bills, and some might seek out such advice rather than just cut the CRA a bigger cheque.

How can high earners lower their tax bills? It’s likely not through working less—many in the top one per cent are high-earning executives driven more by peer competition than by finger-counting how many fewer hours they would work if their tax rate goes up a few points. Instead, most economists suspect that legal tax avoidance techniques shifting income off the personal tax form are the main vehicle of tax response to higher rates. This could be accomplished by shifting income to lightly taxed foreign locations, to a corporation, or to a lower-tax province. As one example, if you put some stocks and bonds in a trust, dividends and interest coming from those assets will be taxed wherever that trust is resident—which might not be the original taxpayer’s home jurisdiction.

A new estimate from Alexandre Laurin of the C.D. Howe Institute suggests that the high income tax bracket might bring in only $1 billion in revenue, instead of the $2.8 billion the Liberals were expecting in their platform. In part, Laurin’s calculations are built on estimates from a paper I wrote with Michael Smart, soon to be published in the Canadian Journal of Economics based on provincial tax changes from 1988 to 2011.

When applying those kinds of estimates to a federal tax change in 2016, you need to ask if anything is now different. I do think the circumstances are different, in three ways. First, federal tax changes will catch high earners in any province, so evidence based on interprovincial tax shifting will overstate the responsiveness of taxpayers to a federal change. In addition, recent court rulings on trust residency have made it harder to establish a trust outside your home jurisdiction. Finally, the federal government has already put some effort into closing some tax loopholes, with the 2015 budget providing more resources to fight aggressive tax avoidance.

Laurin’s calculations do provide a useful benchmark, but in my view we likely need to update the estimates of tax responsiveness downward to account for these factors. Issues like interprovincial shifting and changes in the interpretation of residency are substantial, and could reasonably cut the revenue leakage estimates in half. But, even then a large amount of revenue leakage will remain, potentially imperiling the success of the high-income tax rate.

Are there any steps Finance Minister Morneau can take to improve the odds that the high-income tax bracket will succeed?

Fortunately for Mr. Morneau, he can do something the number-crunching economists can’t—change the game. Economists have focused narrowly on the question of how high earners might respond in the context of our current tax system. Instead of fretting about these estimates, Mr. Morneau can start with a better question: how can we change the tax system to make it harder for high earners to avoid taxes in the first place?

Several options are available to diminish the ability of high earners to avoid higher taxes:

Action on some of these items is constrained by jurisdictional considerations—Canada can’t change trust law in the Cayman Islands or multilateral negotiations on tax havens. Other action is constrained by court rulings and interpretations that must be respected.

However, the largest constraint is simple political will. For example, changing how small business corporations are taxed will raise the ire of powerful lobby groups like the Canadian Federation for Independent Business, as well as influential constituencies like doctors and dentists. There are no legal or jurisdictional barriers there—just political will.

Without further action to tighten the tax system, large revenue shortfalls from the high-income tax bracket are possible. But, that fate can be avoided with a serious push both on the policy and political fronts. As this debate continues, I hope some of the focus can shift to suggestions of how tax avoidance opportunities can be curtailed rather than passively assuming that nothing can or should be done.