Interest rates: From lower for longer, to low for no longer

For the first time since oil prices crashed, strong job growth has the Bank of Canada worried about inflation, meaning higher interest rates are coming 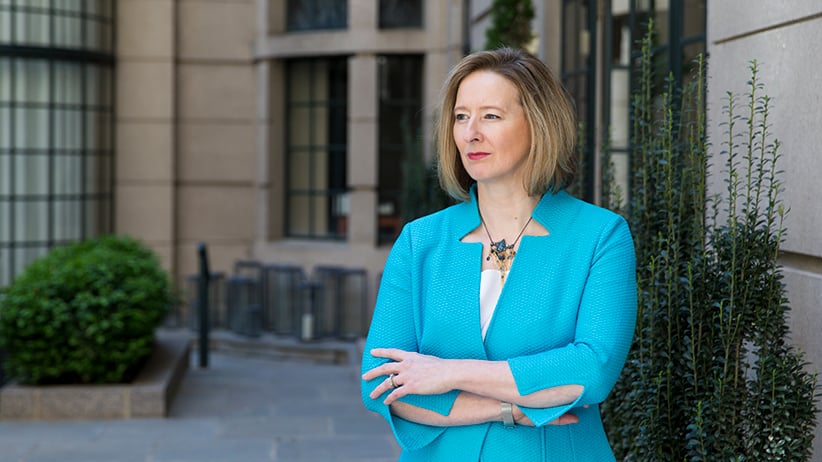 Ha-ha! You don’t believe me, do you? I can hardly blame you. Economists used to talk about prices as if they were barely domesticated animals: loosen the tether, and they will will take off on you. Those economists now look like fools. As central banks dropped interest rates to zero to fight the Great Recession, the True Believers warned of apocalyptic spikes in sticker prices.

It never happened. Inflation has been a non-story for years. In fact, the central bankers have tended to worry that prices could head in the opposition direction. In October, 2016, Carolyn Wilkins, senior deputy governor at the Bank of Canada, told an audience in Trois Rivieres, Quebec, that “risks to the profile for inflation have tilted somewhat to the downside.” Forgive her the slip into jargon. It was actually a foreboding statement. What she meant was that because the economy was so weak, the central bank was worried prices might actually start to decline. In other words, disinflation, which is the slippery slope on which economies slide into that most pernicious of conditions: deflation.

But listen to Wilkins now. On June 13 in Winnipeg, she delivered the most unambiguously positive assessment of the Canadian economy from the Bank of Canada since at least 2014. Wilkins turned more pages than a Tolstoy book club.

Remember how, earlier this year, the central bank had been reluctant to embrace signs of economic strength? Well, those first-quarter growth numbers were “pretty impressive” and growth appears “robust,” Wilkins said last week. Seventy per cent of Canada’s industries were expanding at the start of the year, the most since oil prices collapses at the end of 2014, a calamity that prompted the central bank to drop its benchmark interest rate back to its crisis-era setting of 0.5 percent. “That is the kind of diversity that helps support strong and sustained overall growth,” Wilkins said.

READ MORE: For Canada’s economy it seems the worst of the oil crash is over

What about U.S. President Donald Trump? The Bank of Canada has been entirely befuddled over what to make of him. His threats to harass exporters would be bad, yet his promise to stoke U.S. spending with big tax cuts would be good. The Bank of Canada has gone from refusing to incorporate anything Trump says into its models, to acknowledging that his policies could affect short-term prospects, to dialling back those expectations after Trump’s legislative agenda stalled. Now, a new message: ignore him. Wilkins said uncertainty over trade will continue to weigh on the Bank of Canada’s outlook, but that “life goes on and decisions must be made in the meantime.”

The biggest signal in Wilkins’s speech was her characterization of the Bank Canada’s ultra-low policy rate. The central bank shifted to an emergency setting when international oil prices plunged to below $50 a barrel from $100 per barrel in a matter of months. History showed that such a collapse brought recessions, so the central bank responded quickly by cutting its benchmark lending rate by a quarter percentage point in January 2015, followed by another quarter-point cut six months later. There has been no change since. In fact, earlier this year, Governor Stephen Poloz said a third interest-rate cut remained a possibility.

Something dramatic would have to occur for that to happen now. Wilkins said in Winnipeg that as far as the central bank can tell, the economy has recovered from the shock of weaker commodity prices. She called the amount of stimulus in the financial system from low interest rates “considerable” and “significant.” This is what central bankers say when they start to worry about inflation. The Bank of Canada wants everyone to know that it is getting ready to raise interest rates. Poloz reinforced Wilkins’s message in an interview with CBC Radio on June 13, stating that the emergency cuts in 2015 appear to have done their jobs.

Investors got the message. The value of the Canadian dollar gained more than one per cent against the U.S. dollar after Wilkins spoke, and the prices of financial assets geared to Bank of Canada policy shifted to reflect increased odds of an interest-rate increase before the end of the year. Economists at National Bank said June 13 that they now expect a quarter-point increase in October, three months earlier than their previous forecast. Expect other Bay Street and Wall Street analysts to follow.

Just because the central bank is starting to think about raising interest rates, doesn’t mean it is going to do so tomorrow. Nor will the central bank necessarily rush to reset its policy rate to a more normal level. Wilkins emphasized several times that the Bank of Canada’s primary concern is keeping inflation at around two per cent. At the moment, the measures policy makers use to estimate where prices are headed are stuck well below the target. The Consumer Price Index was 1.6 per cent higher in April than a year earlier, but two gauges that exclude volatile prices to capture trend inflation each read 1.3 percent. That’s odd, given Canada has been adding jobs at an impressive rate for about a year. Inflation readings like that will give the central bank pause. Wilkins also flagged some important anomalies in the data. Hiring has been strong, yet wages are growing slower than inflation. And exports continue to struggle, including, suddenly, services, which had been a bright spot. Wilkins said the central bank would be digging into the export numbers to try to understand better what is going on.

Still, it now seems unlikely that any of these negative factors will be enough to dissuade the Bank of Canada from at least reversing the two interest-rate cuts from 2015 in the not-so-distant future. The weight of economic theory and evidence suggests that if an economy is adding jobs, then inflation can’t be far behind. In the U.S., the Federal Reserve faced the dilemma of strong jobs numbers and weak inflation and opted to start raising borrowing costs, albeit slowly. The Bank of Canada likely will take a similar approach.

And part of the process is getting markets and the public to start thinking about a new day. That’s even more important now. There is a generation of consumers and traders in its 20’s and 30’s that knows nothing but extremely low interest rates. Therefore households and investors will be extra sensitive to even small increases. For example, the Financial Consumer Agency of Canada published research that says 720,000 Canadian families would struggle to make their debt payments if interest rates increased a mere quarter of a percentage point. If interest rates increase by a full percentage point, that number grows to almost one million. Household spending could suffer.

RELATED: Drowning in debt is the new normal in Canada

The central bank appears ready to take that chance. So if you are a member of one of those debt-heavy families, you have been warned. The Bank of Canada is aware of your situation, but inflation trumps all. “If you saw a stoplight ahead, you would begin letting up on the gas to slow down smoothly,” Wilkins said. “You don’t want to have to slam on the brakes at the last second.”

Low for no longer.