It's crazy how closely oil prices have tracked the 1980s crash

As oil prices swing wildly, it's worth remembering just how long this could go on for before the next cycle begins 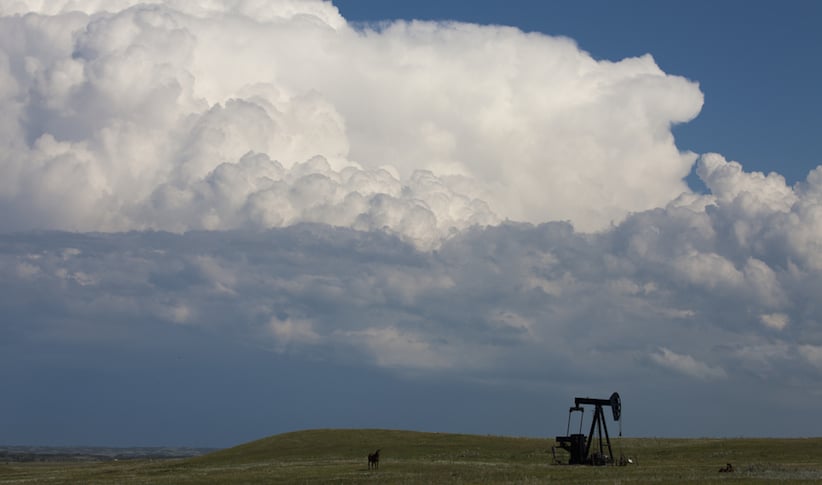 The benchmark U.S. oil price jumped to a 2015 high on Tuesday, on fresh signs the nation’s production is on the brink of a decline.

The U.S. Energy Information Administration said U.S. crude-oil output, which hit a 42-year high in March, would peak in April and May before falling from June to September.

America’s oil in storage just hit another record after rising by the most since March 2001. Crude prices fell as much as 5.9 per cent today.

If it isn’t apparent already, head fakes are going to be a standard feature of energy markets for the foreseeable future. The dynamics at play are simply so incredible—including America’s oil production revolution, the end of China’s era of hyper-growth, OPEC’s disarray and rapid advances in alternative energy technology—that the idea of a quick resolution to oil’s woes is out of the question.

Yet belief in a quick rebound still persists, particularly here in Canada where a return to higher prices would cushion oil sands development and mean finance ministers in Edmonton and Ottawa no longer wake up in cold sweats. This is largely because of the dramatic oil price recovery that followed the crash in 2008.

In general there’s been a tendency to view the 2008 and 2014 oil crashes as two separate events. But given the length of time it takes for changes in supply and demand to be fully reflected in energy prices, it doesn’t make a lot of sense to isolate this oil slump from what happened seven years ago, any more than it makes sense to talk about the 1986 crash and not consider the previous six years dating back to the previous oil peak in 1980. You hear a lot about the crash that happened in 1985-86 when in real (inflation adjusted) terms oil fell from around US$66 a barrel to US$33 in just three months. But by the time 1985 rolled around, oil prices had been steadily falling for half a decade.

Now here’s what happened next back then.

What’s remarkable and more apparent in this chart is the similarity between the second-stage declines. The dramatic 1985-86 crash and the one that started last year occurred at roughly the same number of months after oil first topped out (67 months in the 1980s versus 71 months in this cycle).

As always the past is no indication of what will happen in the future, but as oil markets gyrate wildly from optimism to pessimism, greed to fear, it’s worth remembering just how long the process can last before the next upward cycle begins. Those waiting for the quick rebound should keep that in mind.