A look at how sluggish the Canadian jobs market is becoming 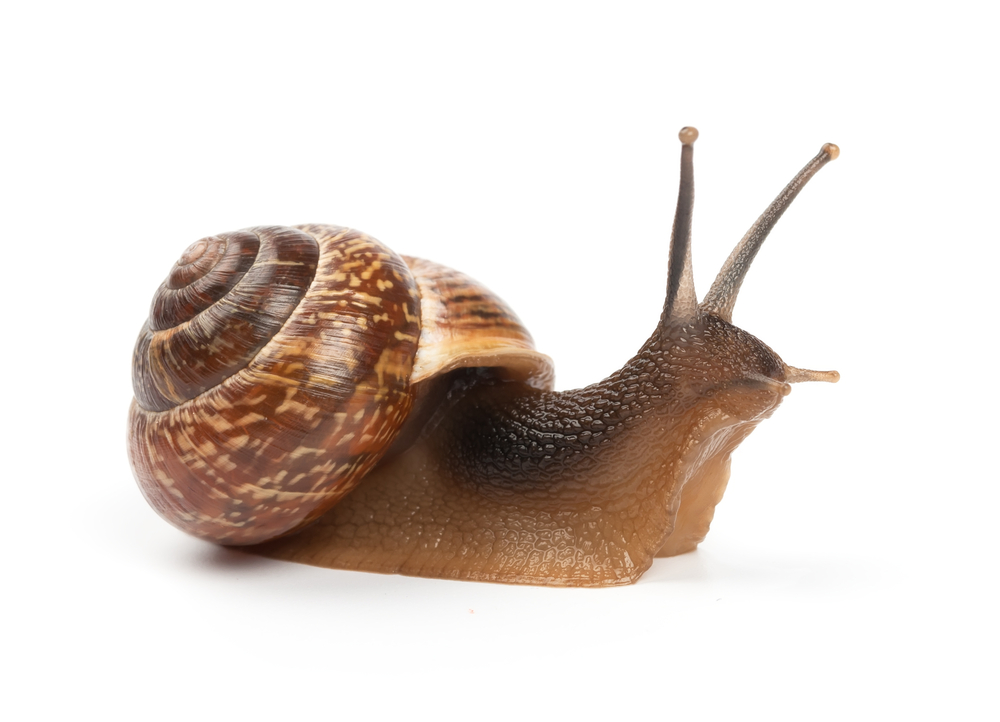 Last week Prime Minister Stephen Harper went to Calgary and declared: “Since the recession, the Canadian economy has created almost 1.1 million net new jobs,… overwhelmingly full-time, high-paying, private-sector jobs…” That sounded an awful lot like the boast the prime minister made a year ago, also in Calgary: “Since the end of the recession, the Canadian economy has now created one million net new jobs…” Harper didn’t intend it, but in a way these speeches highlight just how lifeless Canada’s labour market has become, because “almost” 100,000 new jobs is an absolutely catatonic pace of job creation. A few days later Canadians got a reminder of that with Statistics Canada’s release of  its Labour Force Survey for June, which saw the economy shed 9,400 jobs and the unemployment rate rise a notch to 7.1 per cent. Of the past seven months, four have registered employment declines.

It’s only when you step back and look at the labour market over a  full year time frame that the problems really emerge, though. Compared to a year ago, Canada’s economy added just 72,000 net new jobs. How bad is that? Let’s put it in perspective. The average level of job creation for any 12 month period going back to 1977 is 214,000. Canada is creating jobs at just one-third the average rate of the last four decades. 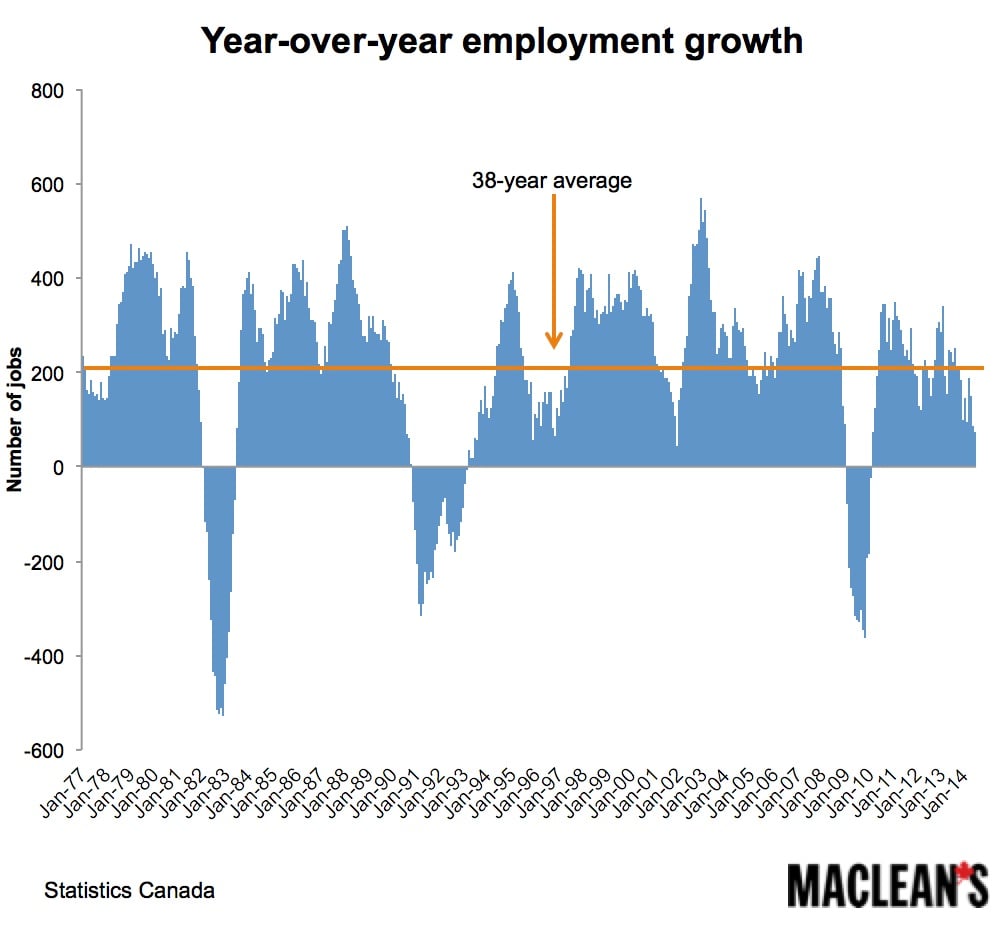 But let’s take a closer look at what Prime Minister Harper said about the types of jobs that have been created since the recession: “overwhelmingly full-time, high-paying, private-sector jobs.”

“Full time”: There’s no question that since the end of the recession the vast majority of new jobs have been full-time positions. But over the past two year’s the quality of new jobs has deteriorated with each passing year, to the point that since last June, roughly half of all new jobs were part-time. 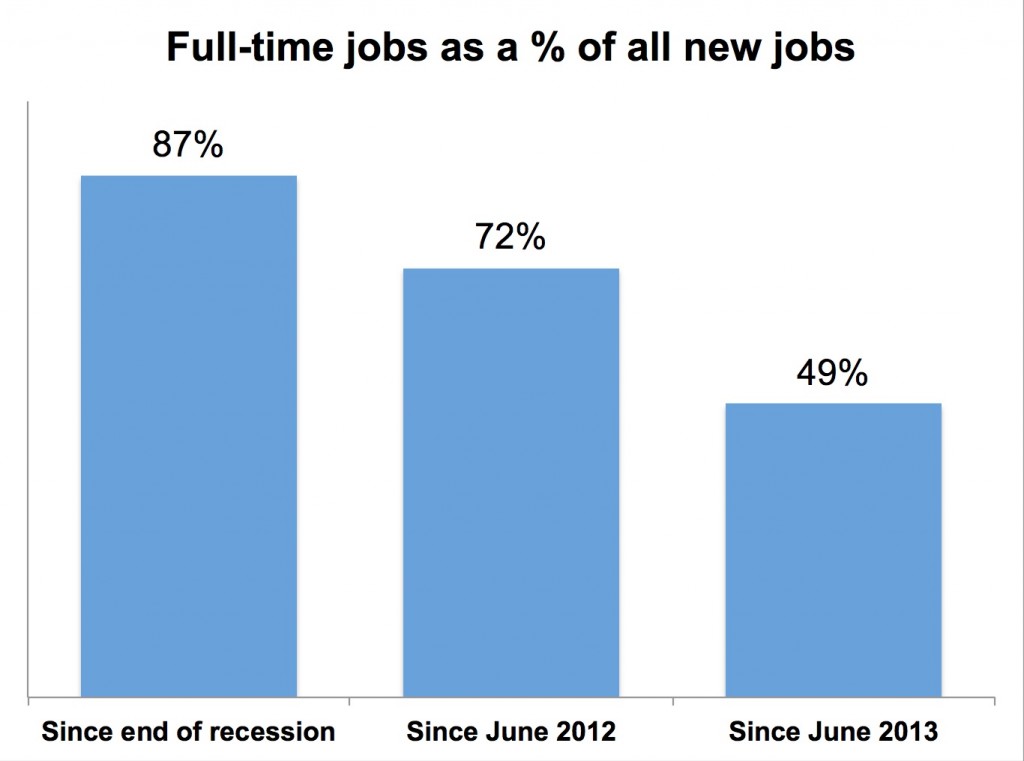 “High paying”: This is debatable, too. If we break down the  jobs created since the recession by occupation, and cross-reference that with the average wages for those occupations over the past five years, it seems most of the new jobs have been in positions that pay on the mid to lower end of the scale. In fact, the two occupation groups that enjoyed the highest average wages (“Occupations in social science, government service and religion” and “Technical, assisting and related occupations in health”) have experienced net losses in the number of jobs. 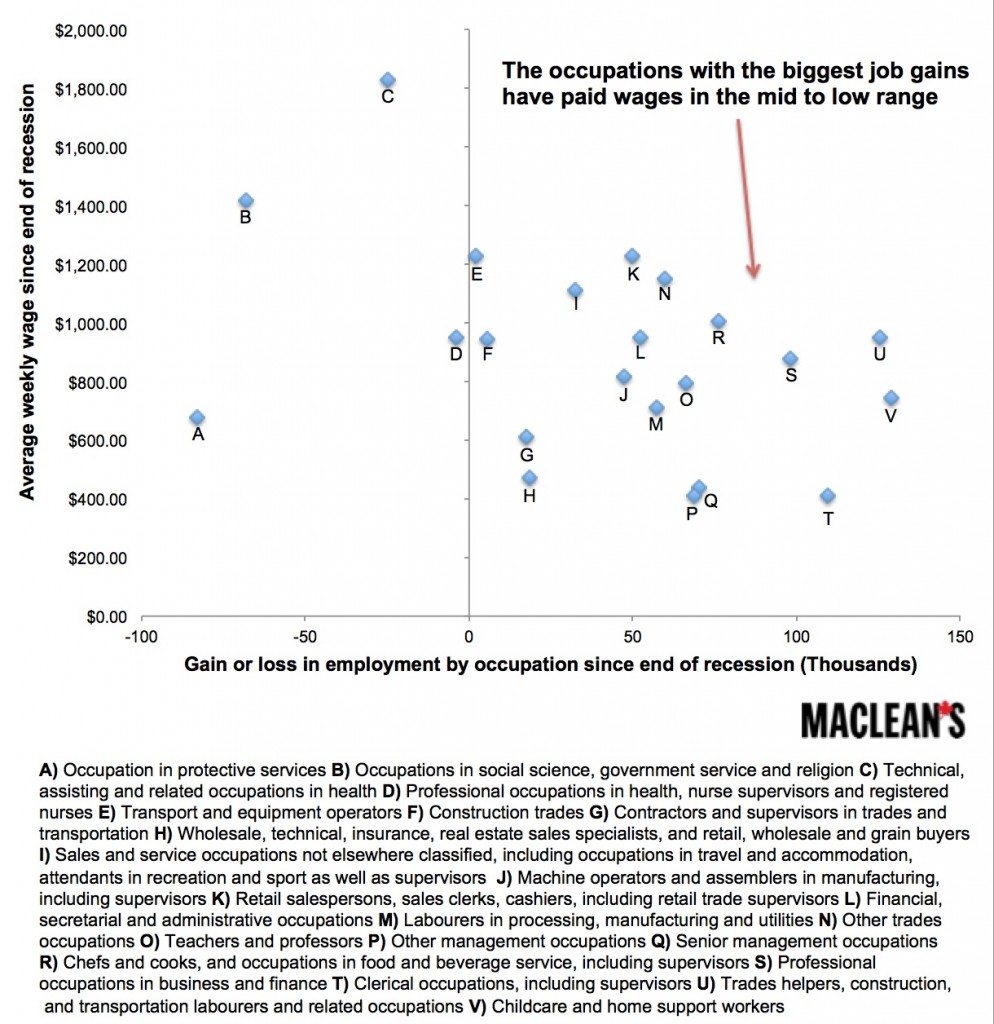 “Private sector”: No debate here. Since the recession ended, slightly more than three-quarters of all new jobs have been in the private sector. But that’s not anything to get excited about. Since 1977 the private sector has, on average, accounted for 75.5 per cent of jobs.

What we’re left with is a job engine that is sputtering. Yes, yes, compared to other countries (read: United States) Canada’s job market is doing much better, as Joe Oliver was quick to point out when the latest jobs figures were released. But unlike those other countries (read: United States) we have a housing market that’s firing on all cylinders and a household debt-to-disposable income ratio near its all time high. Without the creation of above-average numbers of “overwhelmingly full-time, high-paying, private-sector jobs” it’s hard to see that not ending badly.