It's the oil price, stupid

Alberta's oil industry rebound shows that whatever claims get made by the government and opposition politicians, what ultimately matters is the price of oil 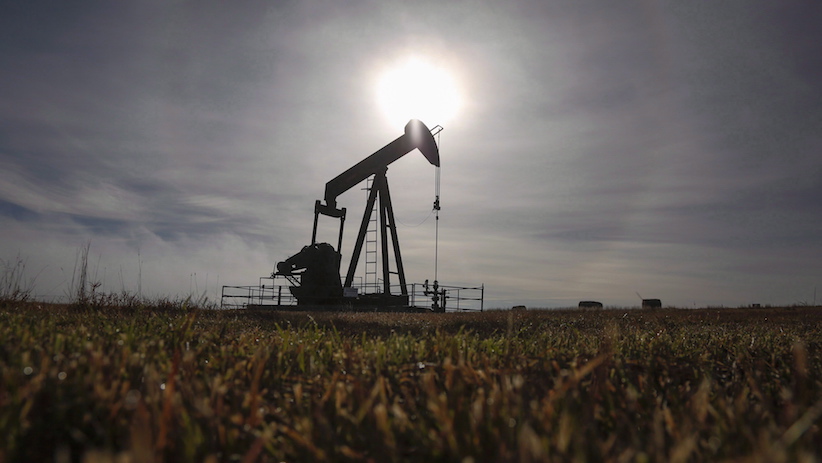 For Canada’s oil and gas sector, the worst may be over. Employment has stabilized, capital investments may be increasing, and recent pipeline approvals are all positives. And although oil prices are unlikely to return to $100 per barrel anytime soon, they are above their early-2016 lows. Multiple forecasts, both by analysts and by the market itself, suggest oil prices may remain in the $50 to $60 range for the foreseeable future. 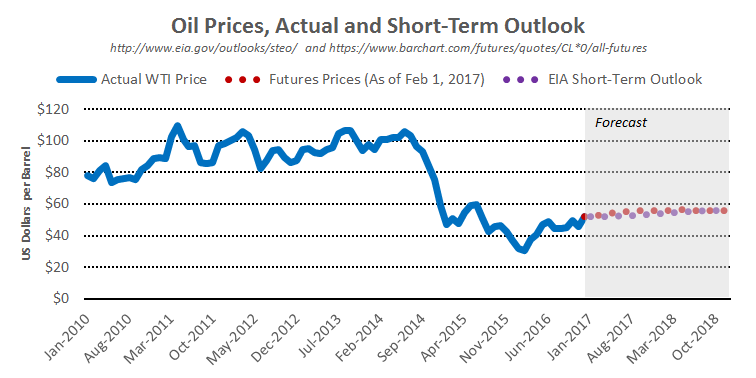 Perhaps the strongest example of renewed optimism and activity is rising drilling activity. Each week new data is released, and 2017 is off to a very good start. The number of drilling rigs operating in Alberta in January 2017 was far above where it was in January of last year, and is approaching the levels seen in 2015. The share of total rigs actually drilling (as opposed to sitting idle) is also now above 50 per cent, an improvement over recent lows. 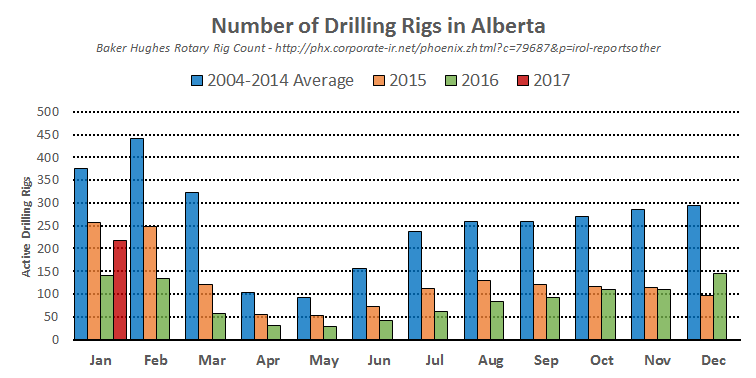 This positive news has not gone unnoticed by the provincial government, which points to the increase as evidence that the province’s new “Modernized Royalty Framework” is working. On the other side of the political aisle, the news throws a wrench into the opposition parties’ approach of blaming government policy for the previously low drilling activity.

Are recent royalty changes responsible for the increased drilling? Were opposition fears overblown? One place to look is recent analysis by University of Calgary tax economist Jack Mintz, and co-author Daria Crisan. They estimate the effective tax and royalty rate on new investment in multiple jurisdictions, and found Alberta’s so-called METRR fell from about 35 per cent to under 27 per cent. Compared to other jurisdictions, this is competitive. 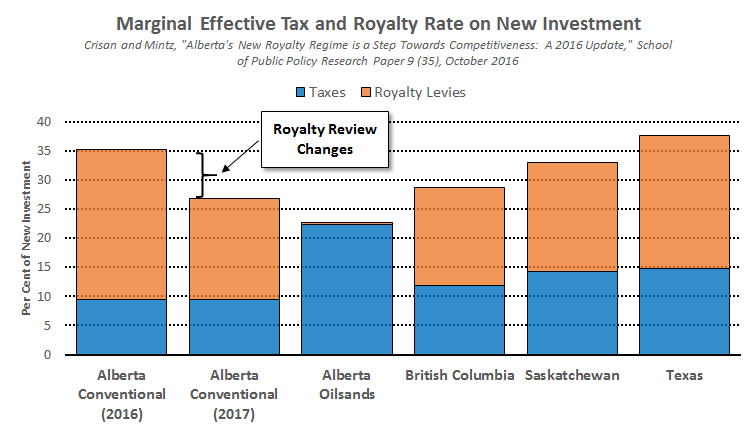 To be sure, this doesn’t mean the province is capturing less of the available resource’s value. Roughly two-thirds of the resource rent was collected under the prior system, and roughly two-thirds will be collected going forward. Instead, the drop in the METRR shows the new system is less distortionary to new investment decisions. (I won’t go into details about why, but interested readers can see this or, for more detail, this.)

Another place to look is to compare drilling activity in Alberta and Saskatchewan. Instead of seeing Saskatchewan surpass Alberta, as some have predicted, we see Alberta ending January with nearly 250 drilling rigs active compared to 54 in Saskatchewan.

Thus, it seems entirely reasonable to suppose that policy changes may have boosted Alberta’s drilling activity. But before concluding this, consider another bit of data. Below is a (smoothed) plot of changes in drilling activity over time in Alberta and Saskatchewan. 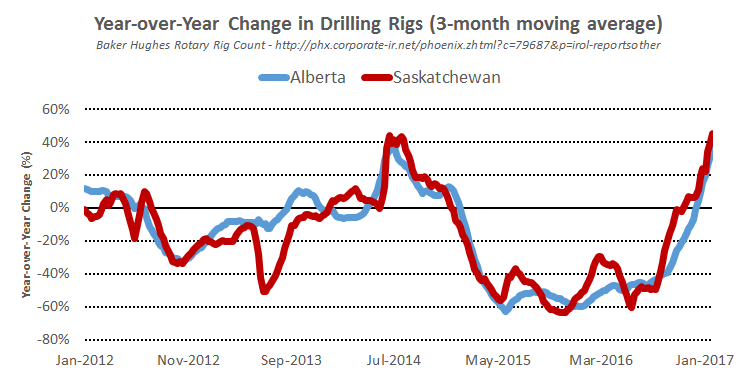 We cannot know the true counterfactual—that is, what the number of Alberta rigs would have been absent policy changes—but this comparison suggests that oil prices, not policy, is the dominant influence on the sector’s activity. The new royalty regime was an important improvement, and there is likely going to be an overall positive effect, but it is just too soon to know by how much.

While governments are quick to claim credit for good news, and the opposition quick to blame the government for bad, neither paints the complete picture. Politics aside, we can hopefully all agree to welcome the signs of rising optimism in Alberta, and to hope our long road to recovery is a smooth one.

Trevor Tombe is an Assistant Professor of Economics at the University of Calgary and a Research Fellow at the School of Public Policy.