Trudeau swept to power with a promise that he will 'grow the economy', but most of what happens to the economy under his watch will be out of his control 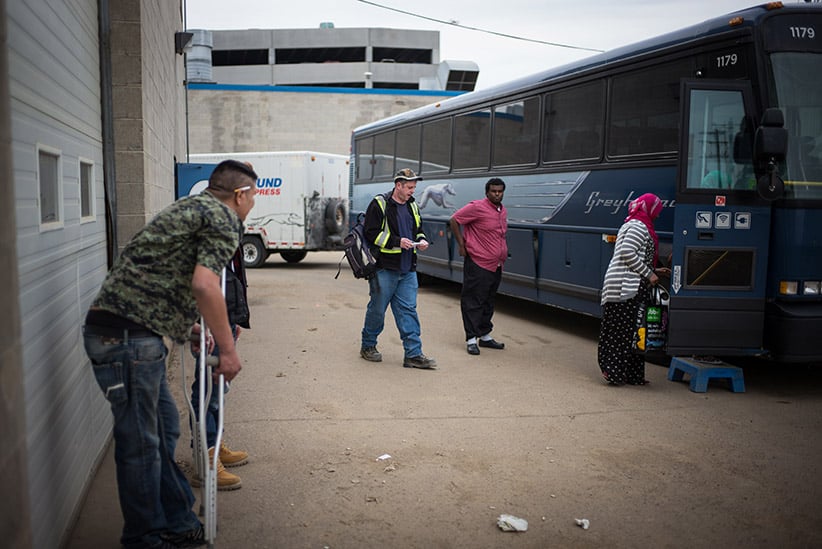 Back in the fall of 2008, just days after Barack Obama was elected President—and more than 10 weeks before he would even spend his first night in the White House—right-wing bloviator Rush Limbaugh got to work rebranding America’s awful economy. “The Obama recession is in full swing,” he told his listeners. “Stocks are dying, which is a precursor of things to come. This is an Obama recession. Might turn into a depression. He hasn’t done anything yet, but his ideas are killing the economy.”

Sound familiar? For the better part of the last year, in ever-darker apocalyptic tones, Conservatives and their supporters have warned Canadians that a vote for either the NDP or the Liberals would condemn the country to a future where we’d all be walking around in potato sacks. Voters didn’t buy it, and instead delivered a resounding majority to the Liberals. But there’s an important lesson from the Obama years that we should remember as we barrel headlong into the era of Trudeau II: Those who feared Obama was a harbinger of doom were as mistaken as those who bought into his hopey-changey message of economic revival. When it comes down to it, the factors that influence a country’s economic fortunes are, by and large, completely out of the hands of those we elect to “manage” the economy.

Canadians can be forgiven for believing that our elected representatives have at their disposal a set of levers that can be pushed and pulled to steer the economy as they wish. Those in office when times are good will go to great lengths—and great expense (see: $100 million in Harper Economic Action Plan ads)—to claim that a strong economy is the direct result of their policies. Likewise, politicians out of power when times are bad hang responsibility for all that ails the economy on the policies of those no-good bums in charge.

Trudeau’s campaign sloganeering on the economy played into the economic-lever theory. To address Canada’s challenges, he repeated ad nauseam that all that was needed was for his party to be elected, so it could “grow the economy.” The cornerstone of the Liberal plan for growth is deficit spending on infrastructure. Yet, while some economists expect the new spending to add half a percentage point to Canada’s GDP growth, any gains are unlikely to come until well into 2016. The Trudeau Liberals will also bring an end to Harper’s campaign of fiscal austerity, which will take away some of the drag that’s worked against the Bank of Canada’s monetary stimulus efforts. But against all these measures, businesses in the energy sector continue to slash investment at a frightening pace, and that threatens to blow an even bigger hole in the economy than the one Trudeau hopes to plug.

Canada’s recent history reveals how little control elected officials actually have over the economy. In the wake of the last recession (sorry, not the one in the first half of this year, but the one before it), Canada was a global outperformer. Harper took the credit, but, in reality, Canada’s economy was already on the mend before most of his government’s stimulus money went out the door. Instead, you can thank the ultra-easy monetary policy of the Bank of Canada, aided by an abundance of cheap money worldwide, which spurred Canadian households to borrow and spend and made the consumer the most important driver of growth. At the same time, the boom in the price of oil and other commodities kept parts of the country’s economy running on overdrive and masked weakness elsewhere.

Yet, for several years now, Canada’s economy has resembled a stone skipping along the water’s surface, each bounce becoming weaker. The economy’s overreliance on consumers has left households carrying a substantial debt load that’s now dampening their spending. The end of the so-called commodity supercycle—the multi-year cycle, from booms to bust—came in 2011, even if it took oil prices a few extra years to respond, and the world now finds itself awash in oil. At the same time, China’s era of hyper-growth is over. With Canada’s small, open economy, these forces dwarf anything Trudeau can realistically influence.

There are things a government can do to support growth, of course, such as creating a stable environment for investment and ensuring a ready population of educated workers. There simply isn’t anything in Trudeau’s tax, spending or even environmental policies that will undermine that to any great extent—despite the direst of warnings from Ezra Levant, Canada’s own Limbaugh, that Trudeau’s victory means “national economic disaster.” It’s simply that those who expect the Trudeau government to single-handedly steer the economy back to strength are just as misguided—and likely to be disappointed.