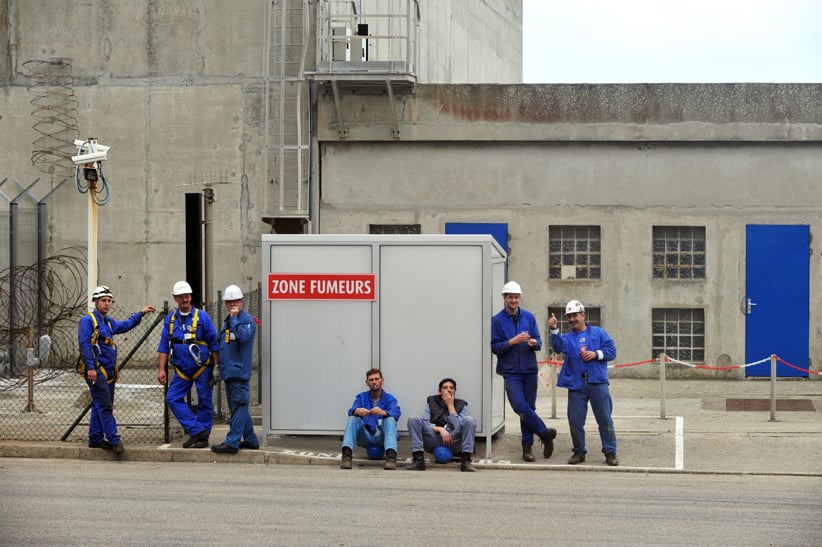 While in Germany to meet with fellow finance ministers last week, Joe Oliver delivered a gift to his political foes back in Canada. Speaking with a reporter from Reuters, Oliver said that, to encourage growth, countries should loosen their labour laws to make it easier to lay off workers, but added, “That’s what gets people demonstrating in the streets.” Cue the outrage: Here, cried critics, was evidence of the Tories’ secret agenda to destroy Canada’s middle class. Never mind that the Reuters scribe later made it clear Oliver wasn’t talking about Canada, or that the obvious focus of his comments was moribund economies in Europe, such as France, Spain and Greece. The damage was done, and it was up to Oliver’s boss, the Prime Minister, to fend off accusations in question period that his government is out to get Canadians fired. Thanks, Joe. With friends like you . . .

Tone-deaf rhetoric aside, Oliver was hardly going out on a limb when he called on Europe’s economic basket cases to be more competitive. Simply put, many of them have choked their job markets with outdated laws and mountains of red tape. France’s labour code, for one, stretches to nearly 4,000 pages, with 196 pages devoted entirely to a collective-bargaining agreement for hairdressers.

For many outsiders, it’s natural to ask: If unemployment is so high (between 10.6 and 25.7 per cent across France, Italy, Spain and Greece, and as high as 54 per cent for young workers in some countries), why on Earth would you want to make it even easier for employers to ditch workers? Because many of the rules meant to protect existing workers have acted as a disincentive for employers to hire new people.

In France, small companies are effectively punished if they grow to more than 50 employees, because new layers of bureaucratic labour rules kick in above that level. Like many other European nations, France also imposes a lengthy and complex process for laying off workers. The result, during the economic recovery, has been a reluctance on the part of employers to saddle themselves with new permanent workers, opting instead for fixed-term contracts. Protective labour laws have proven to be a boon for those who have permanent jobs, and downright crummy for everyone else—in particular, the young.

Not that things aren’t improving. France, Spain and Italy, to varying degrees, have all enacted reforms in the wake of the financial crisis that aim to make their job markets more dynamic. Greece, Europe’s problem child, is another matter entirely. From the moment the financial crisis exposed its economic growth in the 2000s as a sham, it has been under pressure from creditors to overhaul its antiquated labour laws. For decades, Greece was plagued by a bloated, corrupt and inefficient public service that enjoyed iron-clad job security and crowded out the private sector. When Greece accepted a bailout in 2013, it agreed to slash 25,000 public sector jobs, the first large-scale cut to the government workforce in more than a century. (According to reports, the first two workers to lose their jobs were a cop who’d been nabbed for theft, and an employee who’d been AWOL for 110 days.) Last month, the Greek government reversed course with legislation to hire back 4,000 of those workers.

Now, Greece is once again at the brink. The demand for more reforms—such as a reduction in pensions and labour deregulation—and the strident refusal by the anti-austerity government of Prime Minister Alexis Tsipras to abide by those demands, has set Greece on a collision course with its creditors. It has been an open question in recent weeks whether Greece would default on a $334-million loan payment to the International Monetary Fund this Friday. While it’s expected the two sides will come to a last-minute agreement, as they always have, Greece’s refusal to fully embrace labour reform means this crisis will go on and on.

Here’s the thing. Greece was always going to face this type of crisis, once it adopted the euro in 2001. Five years earlier, Rüdiger Dornbusch, then an economics professor at the Massachusetts Institute of Technology, penned a prescient article for Foreign Affairs that recently resurfaced online. Dornbusch warned that, in adopting the euro, countries that ran into trouble could no longer rely on a weakening currency to boost exports. The only option left: Compete on labour costs. “The European market with the poorest performance is bound to fail,” he wrote. “In backward regions, unemployment will rise, as will social problems and complaints about integration.”

All of that has happened in Greece and, until now, bailouts have kept it afloat. But, unless Greece fixes its labour mess, its days in the eurozone are numbered.