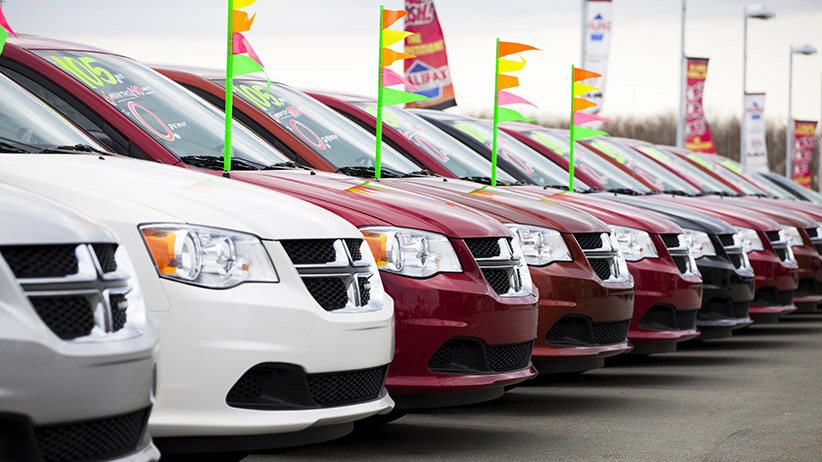 It’s been a grim few weeks for Canada’s auto sector. Toyota said it would stop producing its most popular car, the Corolla, in Cambridge, Ont., opting instead for a new plant in Mexico. Toyota vowed to retool the plant and build something else there eventually, but it hasn’t said what. Then it was General Motors’ turn to head for the non-Canadian hills. It will axe 1,000 jobs at its plant in Oshawa, Ont., while simultaneously announcing a $5.4-billion plan to expand operations in the U.S. As if to confirm what we already knew, Statistics Canada released another ugly report on the state of Canada’s economy—GDP growth in February amounted to a big, fat zero, dragged down not just by lower oil prices but a continued slowdown in manufacturing, specifically the auto sector. Motor vehicle output fell 12.9 per cent from the previous month, and was down eight per cent from the year before.

So yes, this is a terrible, horrible, no good, very bad time for the auto sector in Canada. That is, for those in the business of making vehicles. For those who sell them to car- and truck-mad Canadians, times have never been better. The latest GDP figures showed retail sales, driven largely by sales of vehicles and parts, remain one of the only bright spots in the Canadian economy. That point was hammered home by the release of new sales figures for last month, showing it was the strongest April in history for vehicle sales. In other words, if you can’t build ’em, buy ’em.

The one side of this equation—the hurt felt by manufacturers—is fairly straightforward. The strong Canadian dollar throughout the 2000s and early 2010s made it difficult for automakers to compete. (Remember, 85 per cent of the cars and trucks made in Canada are for export, mostly to the U.S.) When oil prices tumbled, bringing down the loonie, there were hopes of an automaking renaissance, but this has so far failed to transpire. Yes, in dollar terms, motor vehicle exports have bounced back somewhat, but they’re still more or less where they were 30 years ago after adjusting for inflation. Whereas in the past the main rival on costs for Canadian auto manufacturers was the U.S., Mexico is now eating our lunch. This is unlikely to change, no matter how many more billions Canadian governments throw at carmakers in the form of bribes—*cough*—I mean, subsidies.

More by Jason Kirby:
The vacant truth about rental condos
Canadians can’t stop lying to themselves about their debt
What the 2015 budget means for your bottom line

The other side of the equation, though, now that’s the real head-scratcher. In case you haven’t noticed, the Canadian economy isn’t doing so well (see above). Both wage growth and job growth have been deeply underwhelming. And yet Canadian vehicle sales are growing at the fastest rate in years. Nor are Canadians settling for ultra-cheap models like the sub-$10,000 Mitsubishi Mirage. Canadians want big (the ratio of truck sales to passenger cars, at nearly two-to-one, is the highest ever) and pricey (five luxury brands combined—BMW, Mercedes, Audi, Porsche and Lexus—now sell half as many cars as Canada’s top selling car company, the decidedly mass-market General Motors).

What gives, you ask? Chalk it up to that great Canadian equalizer—debt. Since 2008 auto loans from the Canadian banks have grown at an annual compound growth rate of 21 per cent, hitting $72 billion as of the end of last year. To keep ever more cars and trucks moving off dealer lots, the car companies have increasingly turned to ridiculously long amortization periods of up to 96 months. A report by the Moody’s debt rating agency last year noted that some car buyers even wind up borrowing 135 per cent of the value of the vehicle. That’s a sign of desperation. So too is the fact that one-quarter of all auto loans are to people with lousy credit. That’s what they call subprime lending, folks. You might have heard of it before.

The car boom, like the housing boom, reflects the perverse effect of sustained ultra-low interest rates on the mindset of consumers. Like spinach to Popeye, easy access to cheap debt emboldens one to take risks one might otherwise avoid. Of course, that’s exactly what the Bank of Canada wants, and what the bank wants, the bank gets.

It comes down to reality versus wishful thinking. The ongoing troubles faced by auto manufacturers reflect the gloomy reality of Canada’s economy. Canadians’ unabated car lust, on the other, suggests a great many of us have lost our heads. Such imbalances tend not to end well. The moment of reckoning is going to come eventually.