While the latest census figures confirm that Canada fared well during the global recession, the picture of household financial health is far from complete 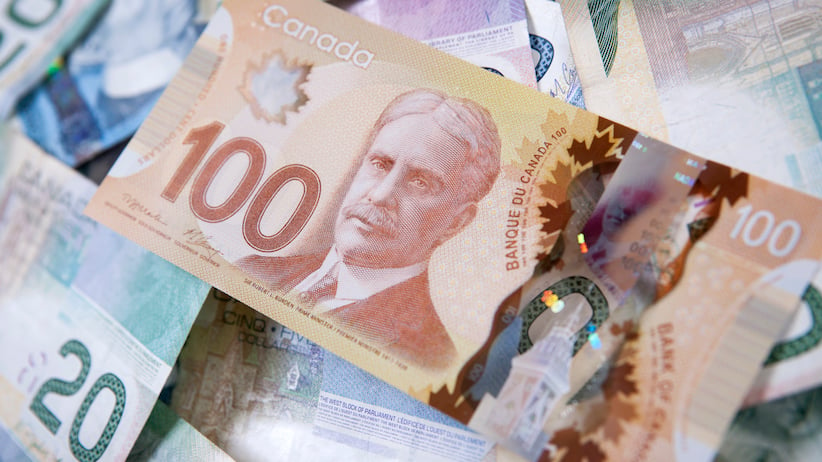 We received confirmation on Wednesday that Canada had a pretty good crisis.

The Great Recession sunk the United States and Europe into extended economic funks that only now are beginning to fade, depending on how you evaluate what’s happening in post-Brexit Britain.

Canada’s economy, on the other hand, went on a run. Commodity prices soared, as China plowed hundreds of billions of dollars into its economy, choosing a massive debt over economic and social stability.

Canadians—and especially Western Canada—got richer on the back of China’s largesse. Statistics Canada’s latest release from the 2015 census shows the country’s median income increased 10.8 per cent from 2010, to $70,336. The gains were concentrated in provinces that have valuable stuff under the soil; households in Nunavut and Saskatchewan experienced the biggest positive change in circumstances.

Census data inevitably lags; it’s takes time to process all that information. Still, the latest figures generally offer a reasonable approximation of current conditions. This is Canada, not a roaring Asian society; things don’t change that much year to year.

Except in the two years since StatsCan completed its latest census, Canada’s economic circumstances have changed a great deal. Our dreams of becoming an energy superpower have been replaced by nightmares of losing our privileged access to the U.S. economy. As StatCan noted, its survey captures life before oil prices collapsed at the end of 2014 and into 2015. If StatsCan were collecting data for a census today, incomes on the Prairies and in Newfoundland and Labrador would look much different.

The commodity boom confused Canada’s macro-economic story. The headline numbers made it look like we were getting rich, but that really depended on where you lived. Median household incomes increased only 3.8 percent in Ontario over the decade through 2015, and by 8.9 percent in Quebec, the second-slowest growth after Ontario. These provinces represent the core of Canada’s industrial economy, and those factories hadn’t done enough to win markets in Asia ahead of the financial crisis.

When the U.S. economy crashed, so did the business models of countless manufacturing companies in Ontario and Quebec. Factory employment in Canada decreased by 22 percent over the decade. Some of that has come back over the past year, but few predict that Canada ever will be a manufacturing powerhouse again. There is a reason Bank of Canada Governor Stephen Poloz and others have begun focusing on the country’s advantages in services.

Missing from the latest StatsCan numbers is an analysis of income inequality. The agency did release figures on the “low-income rate,” which was little changed from the previous decade at 14.2 percent. (StatsCan defines low income as half the median household income.) Some may find that figure troubling, as you might have hoped a commodity boom and the all the low-skill employment one offers would have made a bigger dent on poverty. The low-income rate surely is higher today, given the tens of thousands of jobs that have disappeared in the oil patch.

Also missing from the StatsCan report is a word about the most important macro-economic concern of the moment: household debt.

READ: After weathering the Great Recession, can Canada avoid a debt crisis?

Canadians leveraged those rising incomes to the max, driving private debt to record levels when measured against disposable incomes. Most of this debt was used to chase surging house prices, which grew considerably faster than incomes. Teranet and National Bank also released their latest monthly home price index on Sept. 13. Their historical data shows that home prices increased more than 80 percent between 2005 and 2015; the gain from January 2005 to August was more than 130 percent.

Some economists say the gap between incomes and home prices doesn’t matter, or is less significant than it so often is made out to be. They point to the value of the assets that all that debt has helped purchase, which outweighs whatever households owe their creditors. And these economists have a point, provided the value of those assets doesn’t collapse.

Still, the census data describe an economy that was muddling along, not one that was performing as well as we might have thought at the time. The increase in median household income in the most recent decade was only marginally better than the previous one, when incomes rose 9.2 percent. (They declined 1.8 percent in the decade before that.)

It could have been worse. Adjusted for inflation, median U.S. household income barely grew between 2005 and 2015. Commodities kept the national economy from looking more like Ontario. In the years ahead, we will see to what extent Canada took advantage of that good fortune.