Back in black: Well, back to balance at least

The Liberals are not forecasting a surplus but are in the position to do so by using prudent forecasting measures. The deficit peaked in the last recession at $19 billion in 2009. 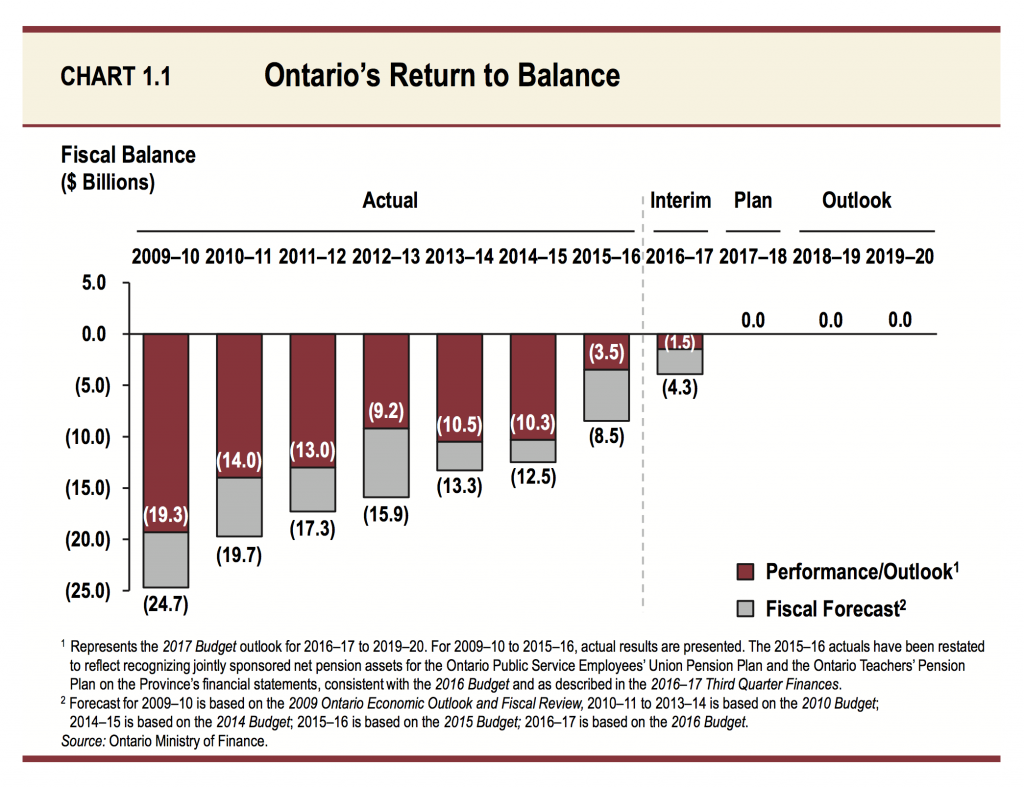 Deficits aside, the debt has ballooned and needs attention 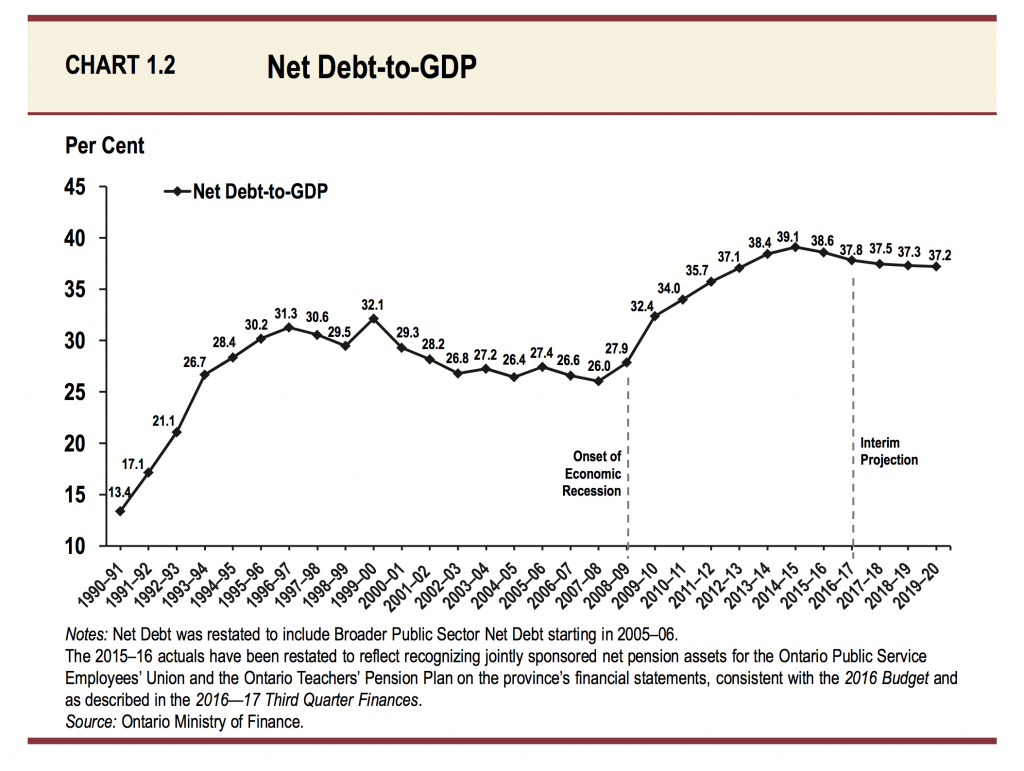 MORE: Ontario’s 2017 budget: balanced and primed for an election 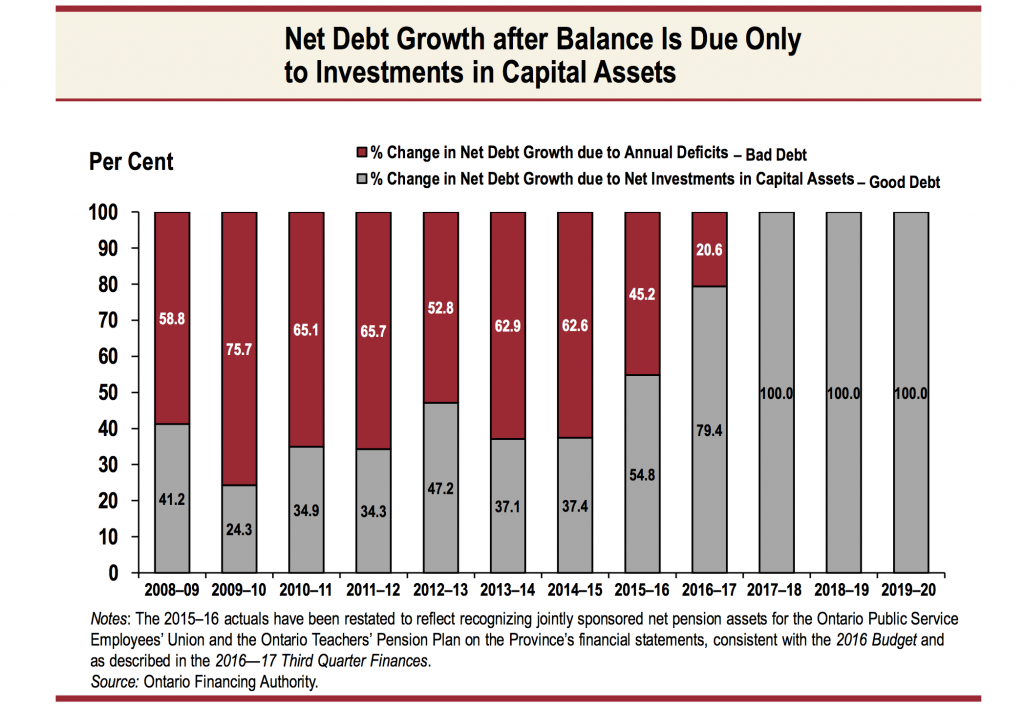 Net givers to rest of Canada

Ontario contributes $7.1 billion to the equalization program, while receiving $1.4 billion, for a net contribution of $5.7 billion. Quebec benefits most, with a net $7.6 billion received. 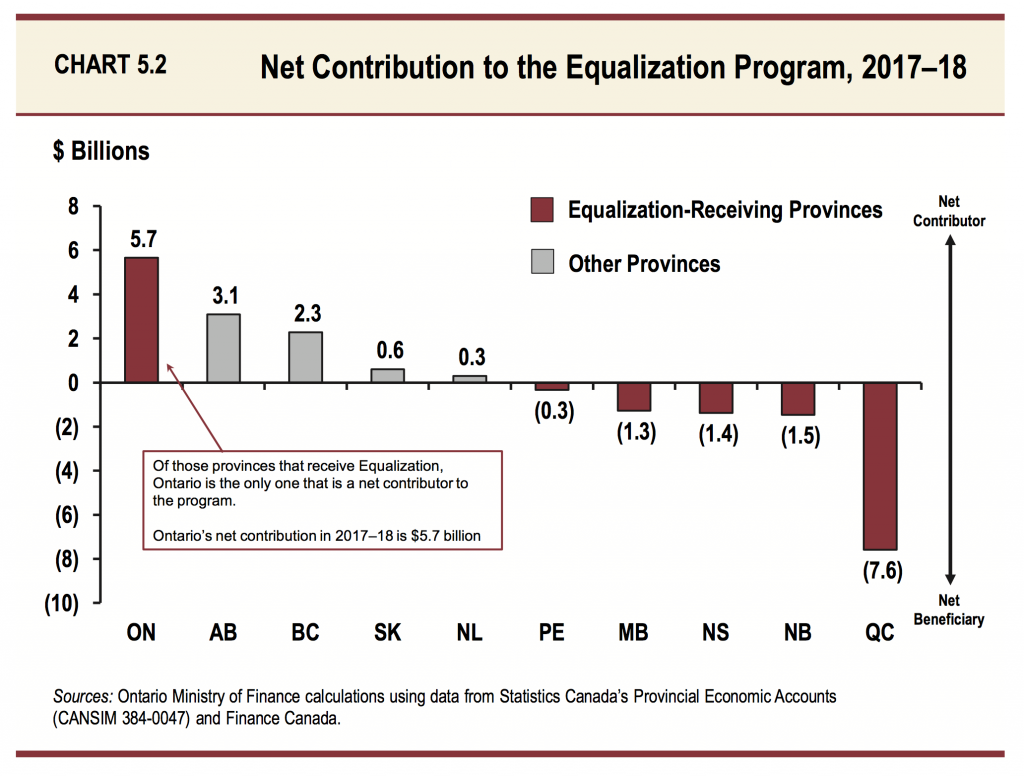 Ontario has been in an economic sweet spot in the past few years, fuelled by strong corporate profits, employment gains and a red-hot housing marketing in the GTA. 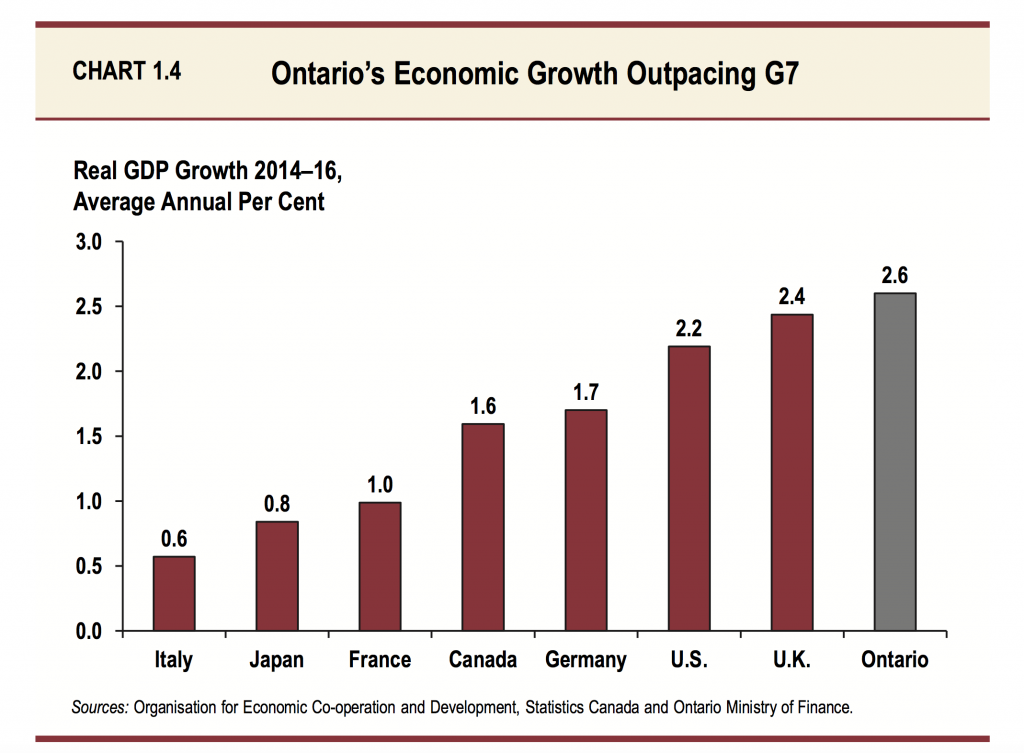 How much Ontario pays on its debt

In 1990, the province paid 10.9% on its debt. Today, thanks to generation-low interest rates, that amount is down almost two-thirds. Beware higher rates. If rates were to increase 1 percentage point, that would mean a $300 million hit on interest. Ontario pays $11.25 billion on its debt interest this year, which adds up to 8.2 cents of every revenue dollar it takes in.

READ: How Ontario’s 2017 budget will affect your pocketbook 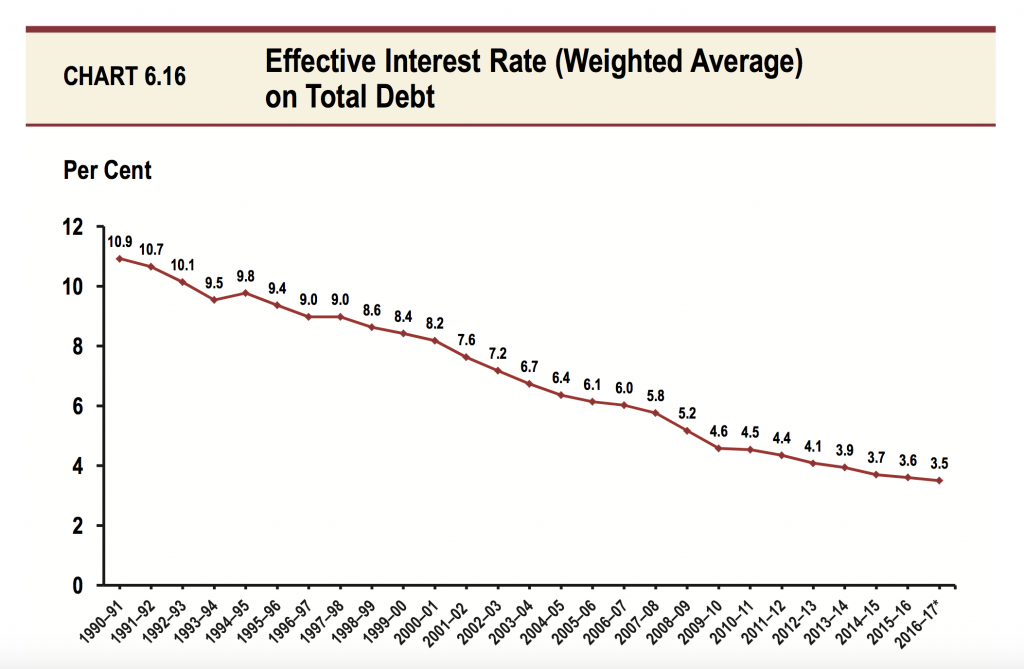 If the U.S. president goes ahead with his plan for aggressive cuts to corporate taxes in the U.S., it will put pressure on Ontario to cut as well, which would put a strain on provincial revenues. 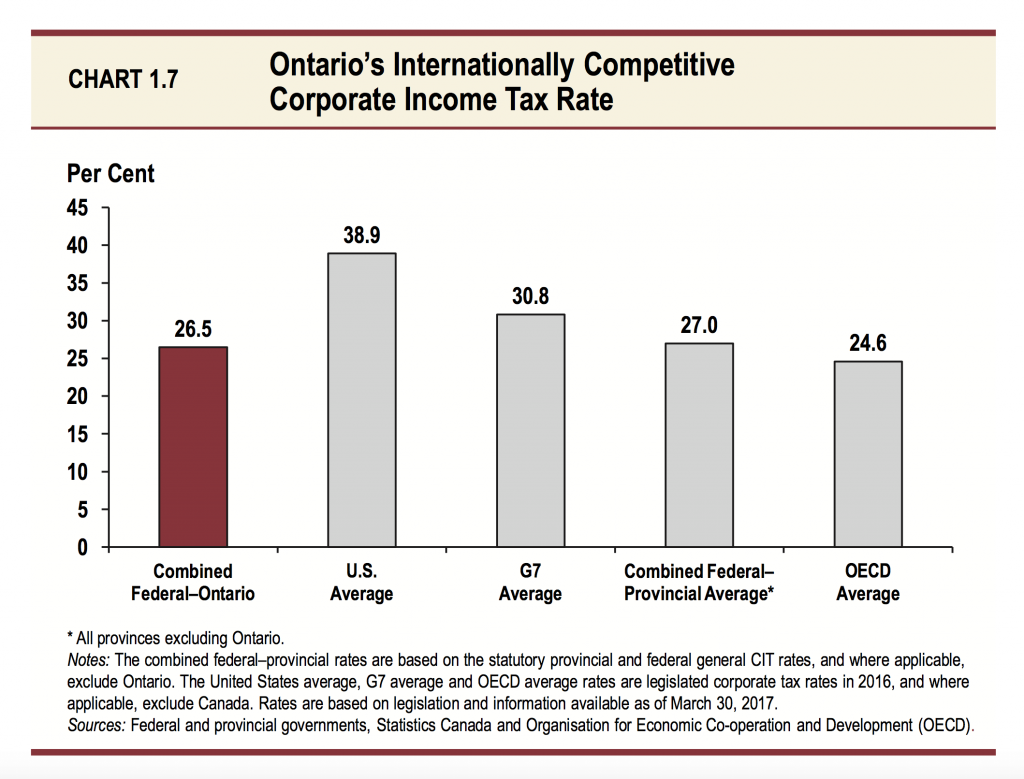 Ontario relies on trade with its largest trading partner to the south. Exports account for 36% of the province’s GDP and the U.S. takes 81% of that trade. Ontario is the top export market for 20 U.S. states. 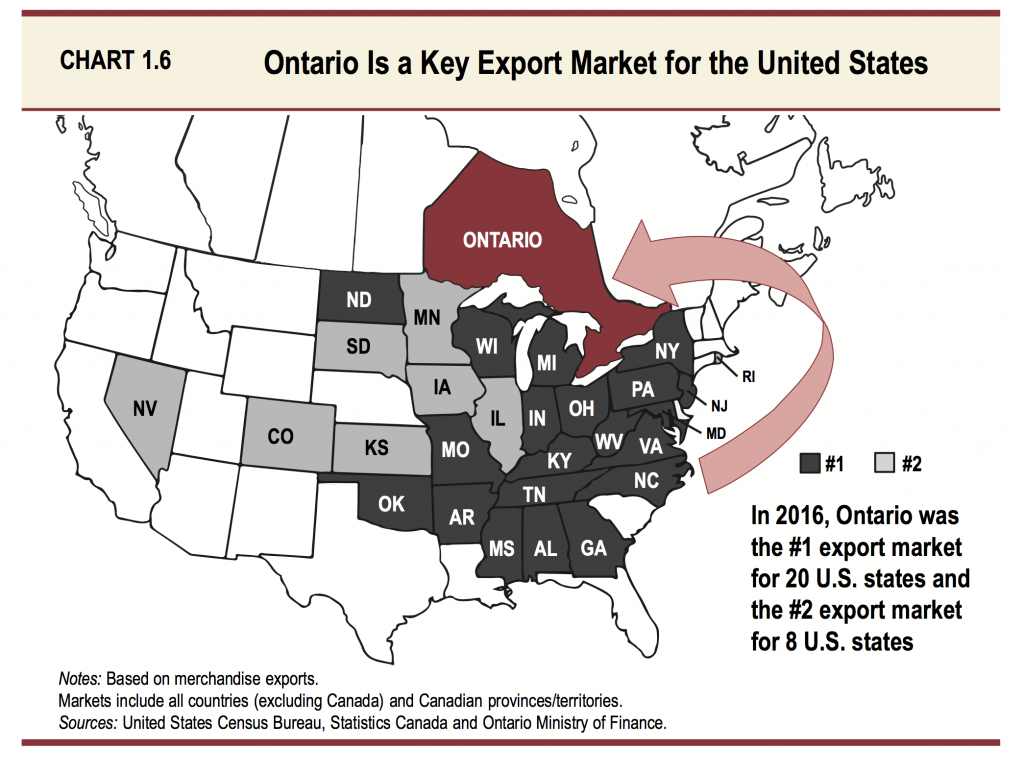