Ontario is proving that taxing the one per cent works

Despite decades of tax cut rhetoric, you really can ask the rich to pay more taxes. Ontario did, and high-priced talent didn't flee the province. 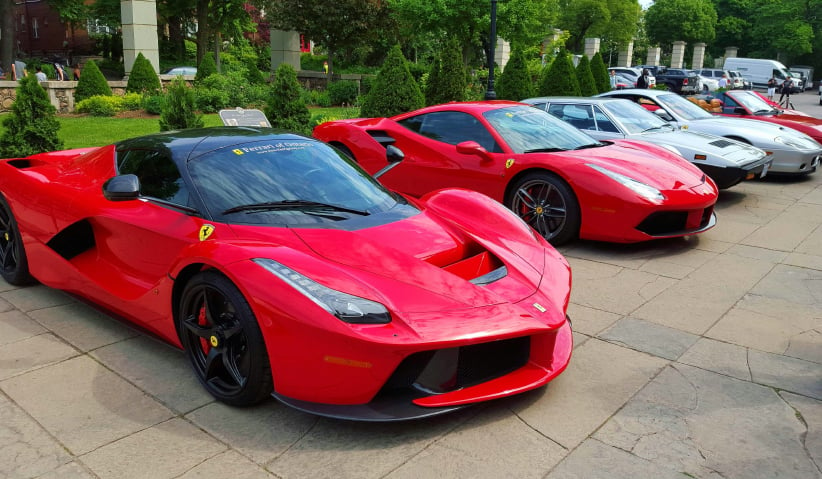 A row of luxury cars parked during an event in Toronto in 2016. (Shutterstock)

After two decades of tax cut orthodoxy, some governments in Canada have begun to revisit how we tax the rich.

We know that the tax system is a powerful tool to decrease income inequality, but recently available data from Statistics Canada help us understand the impact of making Ontario’s income tax system a little more progressive.

In the 2012 budget, spurred on by the provincial NDP, former Premier Dalton McGuinty temporarily increased the income tax rate by two percentage points, to 13.6 per cent, on taxable incomes above $500,000.

To put that in perspective: to join Ontario’s richest one per cent club in 2014, the latest year of available data, your income had to be more than $233,300. So by lowering the income threshold, the Wynne government improved its ability to tax Ontario’s one per cent at a higher rate, increasing the progressivity of the tax system.

Those within Ontario’s richest one per cent club ranked among the most well off in Canada (second only to Alberta). They are CEOs, titans of industry, and members of wealthy dynasties. In 2014, their average income grew to $501,300.

So how did the Wynne government’s income tax changes affect the one per cent? Statistics Canada data provides us with information on the income taxes the one per cent paid both federally and provincially. While we cannot isolate the impact on Ontario’s revenue, looking at the differences between national and Ontario trends provide us with some clues as to the impact.

In Ontario, the average total income of the one per cent grew by 2.5 per cent in 2014 while average federal and provincial income taxes paid grew by 7.2 per cent.

The faster revenue growth in Ontario suggests that the changes in taxation of high-income earners had a positive impact on government revenue.

The available data doesn’t tell us whether that money went into federal coffers, provincial coffers, or both. And we can’t attribute how much of that increase resulted from the rate and threshold change.

But we do know that the difference in revenue growth rates between Ontario and the rest of Canada (8.6 per cent vs 4.3 per cent) amounts to an estimated additional $745 million in revenue.

The moral of the story: Despite decades of tax cut rhetoric, you really can ask the rich to pay more taxes. Ontario did, and it didn’t result in a mass migration of high-priced talent out of the province.

Instead, income taxes paid by the one per cent increased faster in Ontario than they did in the rest of the country. This bodes well for the action that the Trudeau and Notley governments have already taken.

It should embolden governments to do more.

The federal government is in the process of reviewing tax expenditures and there is a lot of good policy decision-making potential.

Those five tax expenditures cost the federal government between $740 million and $4.1 billion each per year but 99 per cent of the benefits from those tax measures go to the richest half of Canadians.

As part of his annual CEO pay review, my colleague Hugh Mackenzie has consistently noted that stock options (which make up a healthy portion of CEO pay) aren’t taxed at the same rate as other income. Given the fact that Canada’s highest paid 100 CEOs make, on average, 193 times more than the average worker, revisiting this tax expenditure would be a good next step in tax reform.

Ontario’s early foray into increasing the progressivity of the tax system seems to working. Time to broaden the net.

Sheila Block is a senior economist with the Canadian Centre for Policy Alternatives’ Ontario office.